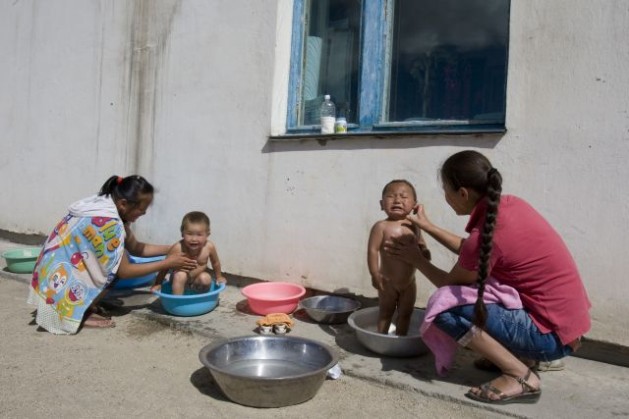 UNITED NATIONS, Nov 14 2012 (IPS) - Since the 1966 International Covenant on Economic, Social and Cultural Rights, the United Nations has consistently maintained that family planning is a basic human right to be exercised by all – not just the wealthy and otherwise privileged.

The right of individuals to decide on the number of children they bear has been enshrined in at least seven other key treaties and U.N. declarations: the proclamation of the international human rights conference in 1968, the 1969 General Assembly resolution on Social Progress and Development and the 1979 Convention on Women’s Rights (CEDAW).

And over the last three decades, family planning has also been reaffirmed in the Children’s Rights Convention of 1989, the Vienna Programme of Action on Human Rights in 1993, the Programme of Action of the 1994 International Conference on Population and Development (ICPD) and the Beijing Platform of Action in 1995.

“Family planning is not a privilege, but a right,” he told IPS. “Yet, too many women and men are denied this human right.”

The latest 2012 UNFPA report released Wednesday says the huge unmet need for family planning persists, “despite international agreements and human rights treaties that promote individuals’ rights to make their own decisions about when and how often to have children”.

The report notes that even in developed countries, there are high levels of unintended pregnancies, especially among adolescents, the poor and ethnic minorities.

Dr. Osotimehin points out that family planning has a positive multiplier effect on development.

“Not only does the ability for a couple to choose when and how many children to have help lift nations out of poverty, but it is also one of the most effective means of empowering women,” he told IPS.

He argues that women who use contraception are generally healthier, better educated, more empowered in their households and communities and more economically productive.

Titled, “The State of World Population 2012: By Choice, Not By Chance: Family Planning, Human Rights and Development”, the report says voluntary family planning should be available to all – because it is a universal human right.

Shortages of contraceptives are only one reason why millions of people are still unable to exercise their right to family planning.

Access to family planning may also be restricted by other factors, including
poverty, negative social pressures, gender inequality and discrimination.

Still, the report finds that financial resources for family planning have declined and contraceptive use has remained mostly steady.

In 2010, there was a shortfall of about 500 million dollars in expected contributions from donor countries to sexual and reproductive health services in developing countries.

Contraceptive prevalence has increased globally by just 0.1 percent per year over the last few years.

At the London Summit on Family Planning last July, donor countries and Foundations together pledged about 2.6 billion dollars to make family planning available to 120 million women in developing countries with unmet needs by 2020.

But still, an additional 4.1 billion dollars is necessary each year to meet the unmet needs for family planning of all 222 million women who would use family planning but currently lack access to it, according to the UNFPA report.

“This investment would save lives by preventing unintended pregnancies and unsafe abortions,” it says.

However, money is just one part of the solution, the report points out.

Failing to meet the sexual and reproductive health needs of adolescents and young people in Malawi, for example, contributed to high rates of unintended pregnancy and HIV, the report said.

In the United States, the report showed that teenage motherhood reduces a girl’s chances of obtaining a high school diploma by up to 10 percent.