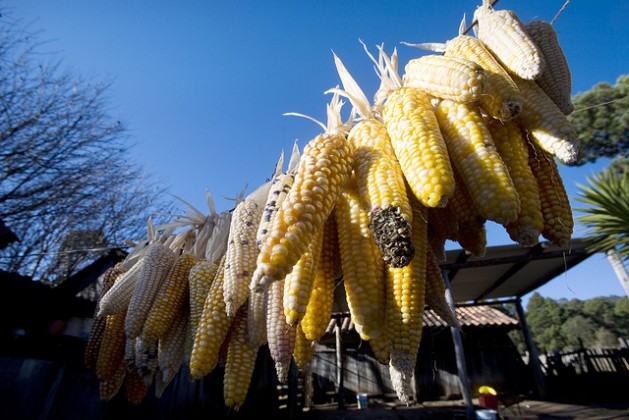 JOHANNESBURG, Nov 29 2012 (IPS) - South African smallholder farmer Motlasi Musi is not happy with the African Centre for Biosafety’s call for his country and Africa to ban the cultivation, import and export of all genetically modified maize. “I eat genetically modified maize, which I have been growing on my farm for more than seven years, and I am still alive,” he declared.

Musi, 57, a maize farmer in the Fun Valley area of Olifantsvlei, outside Johannesburg, and a beneficiary of South Africa’s Land Redistribution for Agricultural Development programme, has embraced the science of biotechnology with gusto.

“What have changed are my yields and my income.” He said that he earned about 225 dollars more per hectare for his GM maize crop than he did when farming ordinary maize.

He is also a member of The Truth About Trade, which describes itself on its official website as “a nonprofit advocacy group led by American farmers – narrowly focused, issue specific – as we support free trade and agricultural biotechnology.”

“For me it has largely been the exposure to biotechnology issues. They are not a seed company and the issue we are talking about here is GM seed so I do not see how that means I am influenced by them and in my views.”

He said that he was helping reduce food insecurity in South Africa by growing and selling GM maize.

“Biotechnology has a very big role in food security,” Musi told IPS. “The climate has changed and I know that with drought-tolerant seed I have a tool to fight climate change. I cannot guarantee that the rain will come and I if plant crops which are not drought tolerant, I could get into debt and lose my farm.” 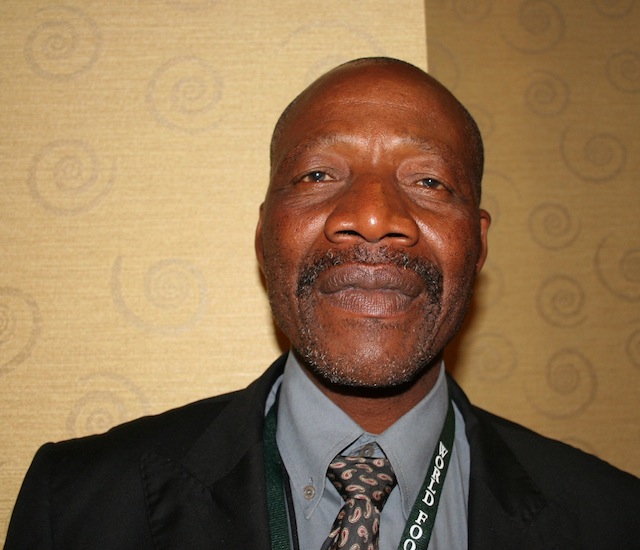 South African smallholder farmer Motlasi Musi is not happy with the African Centre for Biosafety’s call for his country and Africa to ban the cultivation, import and export of all genetically modified maize. Courtesy: Busani Bafana

A report in April 2012 by the Climate Emergency Institute titled “The Impact of Climate Change on South Africa” said the country is experiencing a gradual, yet steady, change in climate with temperatures showing a significant increase over the last 60 years. Temperatures in South Africa are predicted to rise in costal regions by one to two degrees Celsius by 2050.

But the ACB does not believe that GMOs can deliver food security on the continent, specifically in South Africa, a leading African producer of GMOs.

The organisation is behind an African Civil Society statement calling for a ban on GM maize in South Africa and on the continent, which it hopes to submit to African governments. To date 656 signatures have been collected on the online statement, including those of 160 African organisations.

“We have sent an open letter to our minister of agriculture in October to ban GM maize in South Africa,” Haidee Swanby, an officer with ACB, told IPS.

“We (South Africa) have been cultivating, importing and exporting GM crops for 14 years with absolutely no impact on food security whatsoever. In fact, a bag of mealie meal is 84 percent more expensive than it was four or five years ago due to international prices and the extensive use of maize for biofuel production.”

South Africa is one of only three countries in Africa, along with Burkina Faso and Egypt, currently planting commercialised GM crops. Nigeria, Kenya and Uganda are currently conducting field trials, while six African countries have enabling biosafety laws allowing the safe development and commercialisation of GM products.

Swanby said there was a need to improve access to food, by addressing poverty, unemployment and issues around land tenure, service delivery, infrastructure, access to markets, and unfair global trade practices.

“Genetically modified food has never been labelled in South Africa so there is no way to know if it is causing health problems,” Swanby said, calling for a rigorous scientific study into the health implications of GM food.

“If someone is getting sick, how are they going to trace it back to GMOs when they don’t know they’re eating them? We want more science, not less!”

The ACB has a supporter in Friends of the Earth International, which is also lobbying for a GMO-free Africa.

The organisation’s coordinator Nnimmo Bassey told IPS that GMOs do not deliver on the promises made by the biotechnology industry. He argued that hunger in Africa is used as an excuse to contaminate and erode genetic diversity on the continent.

Bassey said that GM crops are neither more nutritious nor better yielding nor use fewer pesticides and herbicides. And he said they are unsafe for humans and for the environment.

“It is all about market colonisation,” Bassey told IPS. “GM crops would neither produce food security nor meet nutrition deficits. The way forward is food sovereignty – Africans must determine what crops are suitable culturally and environmentally. Up to 80 percent of our food needs are met by smallholder farmers. These people need support and inputs for integrated agro-ecological crop management. Africa should ideally be a GMO-free continent.”

Friends of the Earth International cites failed GMO experiments in Africa with Bt cotton (a strain of cotton that had the Bacillus thuringiensis bacterium inserted into its genetic code) in Burkina Faso and South Africa where they had been touted as the crops to pull smallholder farmers out of poverty.

Global developer and supplier of plant genetics, including hybrid seed, DuPont Pioneer, said that the effect of switching from saved seed to hybrid seed is dramatic.

The company’s vice president responsible for Asia, Africa and China, Daniel Jacobi, told IPS that of the 24 million hectares of maize planted annually in sub-Saharan Africa, about a third was hybrid seed.

Furthermore, farmers get a fuller yield from hybrid seeds by using fertiliser and agronomic practices, reducing post-harvest losses and getting the crop to market, he maintained.

“We can spend a long time and gain a lot of productivity in sub-Saharan Africa by doing all those things without ever getting to the introduction of GMOs,” Jacobi said following a tour of the DuPont Pioneer facility in the Midwestern U.S. state of Iowa.

“I think we tend to get wrapped up in the debate about GMOs and how multinational companies are forcing GMOs down the throats of local farmers. I think we ought to be focused on helping farmers do the best job they can do today by using hybrid seed and let us not let those priorities get lost in the big philosophical debate about GMOs.”

AfricaBio, a biotechnology stakeholder association formed in 1999, says a vast majority of the South African population are struggling to meet their daily needs and GM products offer a proven solution.

“For 14 consecutive seasons, South Africans have planted and consumed foods and food products derived from approved GM crops as part of their diet and no confirmed cases of harm to consumers of GM foods have been reported,” AfricaBio chief executive officer Nompumelelo Obokoh told IPS.

Meanwhile, Musi remained unhappy about the call to ban GM maize. “Africans should come to a realisation that all this is happening in the name of contraceptive imperialism. Africa missed out during the Green Revolution – we must not miss the Gene Revolution. Let Africans decide for Africa,” he said.

(*Adds information that Musi is a member of The Truth About Trade. Story first moved on Nov. 23, 2012)