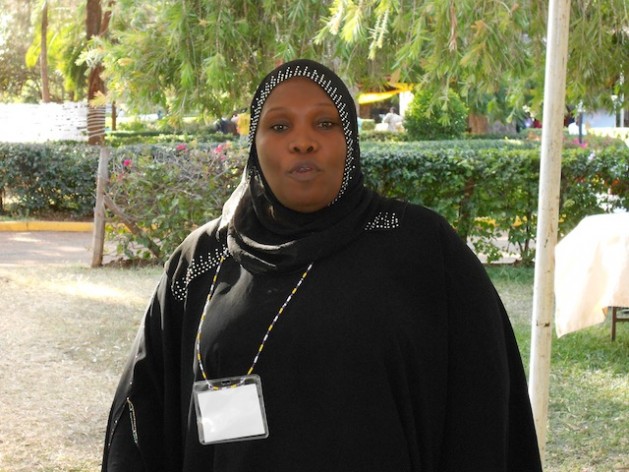 Despite adopting a more gender sensitive constitution back in 2010, in which Article 81(b) stipulates that not more than two-thirds of the members of elective public bodies shall be of the same gender, male-dominated parties continue to make a farce of the little political space offered to women.

Whereas previously women were only allowed to contest three seats – namely for the posts of president, Member of Parliament (MP) and councilor of a ward (a subdivision of a municipality) – an additional three seats are up for grabs in elections scheduled for Mar. 4 this year.

But “the environment is still not enabling”, Hamisa Zaja, a politician in Kenya’s Coastal region, told IPS.

“Women remain under attack from male opponents and even society,” she added.

When Vesca Kangongo presented her bid to vie for the gubernatorial seat in Uasin Gishu, a county in Kenya’s Rift Valley region located about 313 kilometres from the capital, Nairobi, her rivals swore that the governor of the region “would be anything but a woman”.

This statement has been echoed across the country and consequently only a handful of women are running for tickets of top seats.

Zaja explained that besides society’s negative attitude towards women’s leadership, the financial resources required to launch a competitive campaign automatically exclude many women from the running.

“I pulled out of the race for the governor of Mombasa County under the Wiper Democratic Movement because I don’t have the economic muscle required,” she said.

To qualify for the party nominations, Zaja was required to pay the equivalent of 1,700 dollars, a huge sum in a country where, according to government statistics, the average monthly wage is about 250 dollars.

“This is besides the money required to oil an effective campaign such as getting vehicles, fueling them to facilitate mobility, branding and so on,” noted Jacky Mwaura, a campaign agent.

When the presidential candidate Martha Karua, running on the National Rainbow Coalition (NARC)-Kenya ticket, announced that she only has about 640,000 dollars to her name, it was not clear how she would finance her campaign when her most serious rivals are talking about a 91.4-million-dollar budget.

“Campaign money in Kenya largely comes from personal wealth,” political analyst Peter Otondo told IPS. “Although top politicians hold dinners to raise money, this is often to hoodwink voters that they are being transparent and accountable.”

But even for those women able to pay the prohibitive nomination fee, a host of other hurdles present themselves.

“Women aspirants across the country face many challenges, only to lose the nomination ticket in the end,” a returning officer from Mombasa County, located in the Coast region about 440 kilometres away from Nairobi City, told IPS on condition of anonymity.

She added, “Most people here know Alice Maitha, the wife of the late former MP Kharisa Maitha, who has won the ticket to battle it out for the Senate (the future upper house of parliament) position under The National Alliance Party (TNA).”

As a returning officer, the anonymous source has insider information and revealed that Maitha was initially a staunch member of the Wiper Democratic Movement, and even paid the 1,700-dollar fee in order to fight for the Senate ticket.

“But at the very last minute, the party informed her that she was not financially fit and that “the Senate isn’t for women”, the officer told IPS.

But Maitha refused to be discouraged. She quickly joined the TNA, where she paid another 2,000 dollars to be allowed to vie for the same ticket, and successfully made it onto the ballot.

But her woes did not end there. According to the officer, Maitha has since been under pressure to “sell” her seat to a male rival.

The widespread use of violence, which has become part and parcel of Kenyan politics, is another serious deterrent to women’s participation.

A few days ago, a returning officer tasked with overseeing the elections succumbed to stab wounds sustained during skirmishes between rival groups in the recently concluded nominations.

Since a great deal of the election outcome is determined by bribery, intimidation and outright hostilities, women invariably fail to secure the kind of support that is won through violence and coercion.

According to Ndeta, although the constitution requires a third of elected officers – at least 117 out of 290 members of the upcoming national assembly – to be women, “it will be an uphill task for women to get there”.

Furthermore, “Men campaign and lobby at night. A woman isn’t expected to do so. You find that a woman aspirant goes to bed thinking that her position in the party is secure, only to wake up to new realities in the morning after men have kept their night vigils,” Zaja explained.

Women who defy these political traditions face threats of rape, and other forms of bodily harm.

Education, or the lack thereof, also continues to be a thorn in the side of aspiring female politicians.

One of the strongest politicians in Nairobi County, Bishop Margaret Wanjiru, found herself locked out of party nominations at the very last minute for lack of a university degree.

Wanjiru, who is assistant minister for housing, has always been open about her struggle as a single mother of three.

“Before she was disqualified, Wanjiru was the only female candidate in the race for governor, and she has a massive following,” Otondo noted.

With no hope of a sea change on the horizon, it seems that the constitutional space allotted to women is Kenya still far out of reach.