Artists Face the Gag in India 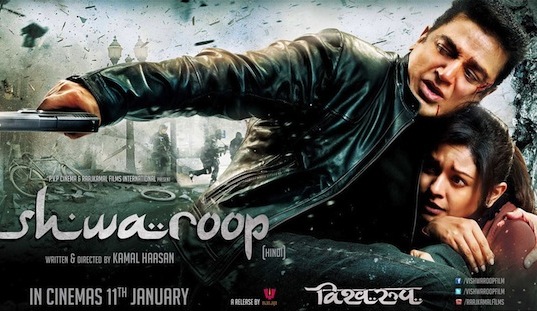 A poster of the film Vishwaroopam.

NEW DELHI, Feb 21 2013 (IPS) - “I am godless. I am an artist. I will find another country that is secular and will take me…” These are the emotional words of one of India’s most famous and critically acclaimed actors, Kamal Haasan, who ran from one court to another to get his 17 million dollar trilingual film Vishwaroopam (Universe) released in his home state Tamil Nadu in south India last month.

Kamal Haasan, who is not just an actor but an iconic star with a huge fan following, faced the ire of fringe Muslim groups.

The screening of the film on terrorism — called Vishwaroopam in Tamil and Vishwaroop in Hindi — which is set in Afghanistan and the U.S, was stopped.

As the 58-year-old thespian spoke, in capital New Delhi sociologist Asish Nandy awaited police interrogation for remarking that corruption as the great social leveller in a caste-ridden society. Nandy spoke at the Jaipur Literature Festival Jan. 26.

Last year India-born British writer Salman Rushdie was barred from the festival on grounds of security for him.

This year Asish Nandy entered new controversy after some Indian groups and politicians representing the ‘lower’ castes – who are mentioned in the Indian Constitution as the Schedule Castes, Scheduled Tribes and Other Backward Castes asked for jail for Nandy. They said his remarks suggested they were more corrupt than others.

Nandy, who has been charged under a law that protects the rights of the ‘lower’ castes, faced up to ten years if convicted.

Nandy says he never called the lower castes corrupt but had defended their rights by suggesting that the corruption of the rich now finds a match in the ‘lower’ caste groups indulging in similar practices.

A police complaint was filed against Nandy in Jaipur. Festival producer Sanjoy Roy could leave town only after police questioning.

India’s free speech advocates say they are appalled that his words at a literary festival could land him in jail.

“There is an Olympics of intolerance going on in India now,” Javed Akhtar, one of the foremost Bollywood scriptwriters who wrote the lyrics for the songs in the Hindi version of Haasan’s film told IPS.

“There is a competition to be intolerant where every group is going for the gold medal. The moment you express your mind you are branded unpatriotic, communal, pro-Pakistan, a Kafir and what not.

“The whole issue over Vishwaroopam is ridiculous since the film was first passed by the Censor Board,” said Akhtar.

“There is now a premium on advocating intolerance and many are also spreading it from the anonymity of social media.”

Kamal Haasan, who only managed to have his film released in Tamil Nadu after several edits, says he is a victim of cultural terrorism.

“I believe that along with my Muslim friends I have been an instrument in a political game. I do not know who is playing it and I am not even hazarding a guess.”

Civil liberty groups say there is a growing tendency in India to criminalise disagreement.

“I would appeal to the authorities to not criminalise disagreement. It is terrible the way politics follows each such incident,” Kavita Srivastava of the People’s Union for Civil Liberties (PUCL) told IPS.

Dancer Leela Samson, chair of the Censor Board, says the new curbs on freedom are scary.

“I feel very badly about it, both as an artist and as CBFC (Central Board of Film Certification]) chairperson,” she told IPS. She said the protests and the legal charades undermined the authority of a body like the Censor Board.

“The controversies distract from the main issue and that is the creativity of artists and the freedom required to be creative.”

But as Indian intellectuals speak out, more incidents follow.

On Jan. 30, Salman Rushdie had to cancel his visit to eastern city Kolkata for promotion of the film Midnight’s Children adapted from his book, and to attend a literary meet at the city’s iconic annual book fair.

Some Muslim groups in Kolkata decided to stop Salman Rushdie, who had angered the Muslims decades ago with his controversial book The Satanic Verses.

A Muslim leader said they were happy the state government did not provide Rushdie security, and that their wish to stop him prevailed.

“We led a protest at the airport and later found that he is not coming. We will not allow a person here who had written blasphemous words,” said Idris Ali who heads the All India Minority Forum.

V.Kumaresan, general secretary of The Rationalists’ Forum in Tamil Nadu says the Indian state must remain neutral and non-aligned. “But the prevailing position is not like that. The State suffocates due to rise of intolerance.”