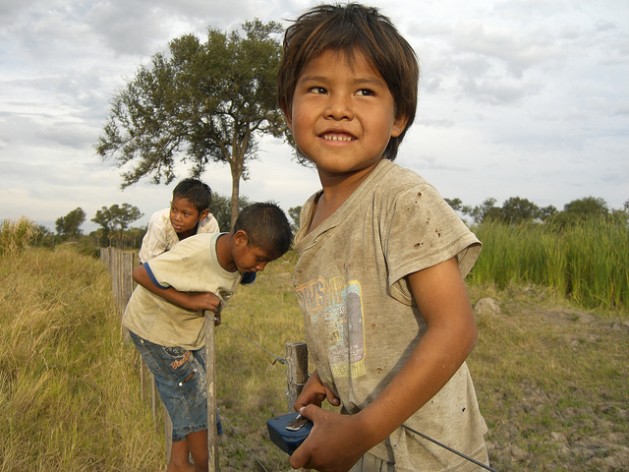 Government investment in the right kind of laws, policies, and programmes correlates with a higher quality of life for children. Credit: David Vargas/IPS

In their report, “Changing Children’s Chances”, released by the World Policy Analysis Centre on Wednesday, Heymann and McNeill map the world’s commitment to essential development needs of children in terms of the official laws, policies, and programmes that exist at the national level.

Based on an extensive understanding of international agreements and norms, Heymann and McNeill identify eight critical areas of need – poverty reduction, quality education, protection from early labour, protection from early marriage, quality health care, positive working conditions for parents, freedom from discrimination, and care for children with special needs – as well as specific types of legislation that demonstrate national commitment to these issues.

For example, in the area of poverty reduction, the report examined minimum wage laws, financial allowances for families, and unemployment income protection; in education, it examined school tuition policies and educational requirements for teachers.

“We have found that whether you are in Canada or Cameroon, people do not always know the laws to which they have a legal right,” Heymann told IPS. “Making this information readily available helps citizens and civil society groups hold their governments accountable for implementation.”

Policy makers can also learn from the legislation that exists in other countries, particularly regional neighbours or those that have similar socio-cultural, political, or economic conditions as those found in their own countries.

With this data, international organisations, such as the U.N., can hold governments accountable for enforcing the norms and standards to which they subscribe in signing international agreements, and international aid funds can give more responsibly by assessing the commitment of governments before allocating financial support, the report says.

“Changing Children’s Chances” brings together a never-before assembled body of data and organises it in an accessible and efficient visual format – global data maps – allowing for immediate identification of extremes and regional trends.

Overall, the results demonstrate that government investment in the right kind of laws, policies, and programmes does in fact correlate with a higher quality of life for children, in terms of health, education, and economic opportunity.

For example, when Malawi eliminated tuition fees for primary education in 1994, the enrollment rate leapt from 50 percent in 1991 to 99 percent in 1999.

Though some may argue that many low-income countries simply do not have the resources to legislate such policies, the data shows that lack of resources is not always the issue.

For example, 52 of the 64 countries that do not meet the World Health Organisation’s recommendations for the minimum number of health professionals spend four percent or less of their GDP on health and 22 of them spend two percent or less, while the U.S., for example spent over 17 percent in 2010.

The countries that were “lagging behind”, said Heymann, “included countries with limited resources, but whose neighbours also had limited resources and were nonetheless passing policies that made a good difference in children’s lives.”

The report also exposes some very high-income countries that are falling behind global standards. While 180 countries guarantee paid maternal leave, Heymann reported, “The United States is one of the very few and the only advanced economy that does not.”

Countries may also be concerned that passing new legislation which causes dramatic shifts in government spending and increases minimum wage could destabilise their economy and ultimately bring more harm than benefit.

“I think the evidence shows that countries can afford to raise the minimum wage to a decent standard,” Heymann told IPS. “It indeed has many effects on the economy, but among these, people have more money to spend and are more able to invest in their own economy. It has overall pro-economic growth impact, as does investment in education, because the greatest fuel to national economies is an adequately educated labour force.”

Heymann agrees, however, that prudent preparation is important. “Would it be valuable for economists to be looking deeply at the impact of investing more in children and youth?” she says, “Absolutely.”

In many regards, Changing Children’s Chances holds the world accountable to higher standards than those of the Millenium Development Goals.

“Few of us, for our own children, for our sisters or brothers or nieces or nephews, would accept that it is an adequate standard for a child just to be enrolled in primary school,” says Heymann, “and I think it is long overdue that we pass standards globally that enable all children to thrive.”

To those who doubt the world’s ability to set higher goals, Heymann argues, “We know a lot about what to do and what not to do,” pointing to Chile, where full-time labour is prohibited until age 18 and thus, child labour rate is half that of neighbouring Argentina, and to Kenya, where education is compulsory for 12 years and consequently, secondary school enrollment rates are high.

Heymann and McNeill hope that the framework and outcomes of their work will inform the United Nations’ post-2015 development agenda.

“This data is absolutely just the first step,” said Heymann, acknowledging that further research on legislation for children’s development is necessary.

The ultimate goal of their research and the most important step in achieving global conditions for healthy child development, Heymann maintains, is turning legislation into real impact on the ground.

The interactive data maps can be found online, and the campaign is also on Twitter.