UNITED NATIONS, Feb 20 2013 (IPS) - As the 2015 deadline for the Millennium Development Goals approaches, different United Nations agencies are beginning to discuss what the post-2015 Development Agenda will encompass.

The United Nations (U.N.) entity for women, U.N. Women, has been tasked along with the United Nations Children’s Fund(UNICEF) to lead consultations on the topic of inequalities, which can be based on anything from gender and sexual orientation to race or socioeconomic status. Written submissions, e-discussions and an advisory group helped inform these discussions. 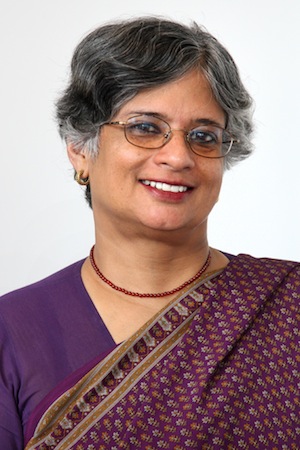 IPS correspondent Mathieu Vaas spoke with Saraswathi Menon, a senior manager at U.N. Women, about the post-2015 Development Agenda and what possibilities it may offer to fight inequality around the world.

Q: How will the post-2015 Development Agenda differ from the Millennium Development Goals (MDGs)?

A: The success of the MDGs was in the way they captured the imagination of people around the world. We saw women’s organisations, civil society, media and academics using the MDGs to rate the performances of their leaders and the international community and in many cases hold them accountable.

Governments also rapidly absorbed the MDGs into their policies and priorities. Any new agenda must therefore respond to what people and governments have seen as the strengths and weaknesses of the previous framework.

In every country, rising inequalities and the impact of different crises – food, fuel, financial, economic employment – are concerns, and so is the violence against women that occurs in every country, in every income bracket, in homes and public spaces. The fragile lives of people in situations of conflict or in countries prone to natural disasters or vulnerable to climate change are also concerns.

These are only some of the issues that were not addressed in the MDGs and that need to be addressed in any new framework. Because we have seen the track record of the MDGs – with uneven progress on many, the worst case being maternal mortality – attention must be paid not just to the way the goals and targets are crafted but also in terms of how they have been translated into public action and made a difference in people’s lives.

The new framework will be different – it will respond to aspirations of people and lessons learnt by governments and their partners, and it will need to address challenges that have been aggravated or emerged in the years since the Millennium Declaration was adopted.

Q: U.N. Women has been tasked along with UNICEF to lead the consultations on inequalities. How will you reach out to women and youth?

A: The Inequalities Consultation has just ended, and it was wide-ranging, inclusive and open. Much of the discussion took place online in moderated discussions on 10 themes ranging from disabilities to indigenous peoples. Each discussion was jointly moderated by a U.N. agency and a civil society organisation.

We also put out a call for papers and received close to 200 papers. Through social media and by picking themes that resonated with people, we generated enormous interest. Over 4,600 people have registered and 34,500 individuals have visited the inequalities space since its launch.

The majority of those who participated were from civil society and developing countries. The majority of comments related to gender equality and women’s empowerment. So we are confident that we have received a wide cross section of views and that youth and that women have participated actively, since their concerns were specifically included.

Q: With some countries in the General Assembly refusing to discuss LGBTI rights, will those rights be part of the post-2015 agenda on inequalities?

A: In the inequalities consultation, one of our e-discussions was specifically on inequalities and LGBTI people. Key recommendations that emerged were to repeal all discriminatory laws and policies; enact comprehensive anti-discrimination legislation; include a commitment to address such discrimination in the post-2015 agenda; and to establish a U.N. human rights mechanism to monitor report on violence and discrimination against LGBTI people.

So the expectations are clear. Of course the final post-2015 framework will be determined through negotiations among governments. But expressing expectations is important and we hope that will influence the outcome.

Q: LGBTI youth are at special risk for homelessness, drugs, HIV/AIDS and other problems. Will these issues be dealt with?

A: The discussions around the post-2015 framework are looking specifically at poverty, urbanisation, including slums, health and HIV/AIDS in all their dimensions.  The vulnerability of specific groups and the overlapping discriminations that they face applies very specifically to LGBTI people.

In the inequalities consultation, we found that when different forms of inequality intersect, they reinforce each other and create unique forms of discrimination and exclusion. We also recommend that different inequalities cannot be dealt with in a piecemeal fashion, and so all those issues – homelessness, drugs, HIV/AIDS – need to be tackled coherently.

Q: How do these kinds of international consultations help change the reality on the ground?

A: Setting global standards and goals is not only an inspiration but also a call for accountability. Goals are often aspirational but behind them lie the recognition that if mindsets change, if policies are improved, if people are empowered, there can be transformational change.

That is why we feel it is so important that the next round of goals and targets not only focus on averages like the MDGs, but actually reflect inequalities so that the measure of success is improvement in the lives of all and not just of a few.

The consultations told us that inequality affects not only the poorest or most deprived but diminishes communities, societies and the economy as a whole. So international consultations are important to express what the world prioritises, what people can use to hold leaders accountable, and to move us all, women and men, girls and boys, towards a better world.