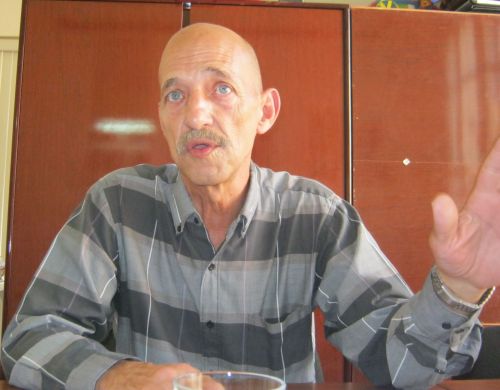 HAVANA, Feb 27 2013 (IPS) - Each of Cuba’s 168 municipalities faces the challenge of designing its own strategic development which, as well as economic and social progress, minimises the impact of extreme weather and other problems caused by global warming.

“One cannot undertake a process of updating the model without considering the variable state of the climate and of reducing risk,” and it will be more effective if it comes from collective thinking and the capabilities of each community in this Caribbean island, Ricardo Berriz, from the state Centre for Local Development Studies (Cedel), explained to IPS.

According to this 57-year-old specialist and educator in environmental issues, the ongoing reform aims to empower local governments legally, economically and operationally, a project that “opens a window of opportunities and challenges” in terms of progress, as well as mitigation and adaptation to climate change.

Berriz, who also participates in related regional initiatives, talked about local changes, their potential, as well as difficulties involving the environment, citizens and the economy.

Q: What kinds of gaps allow economic and social changes to local development?

A: The upgrading of the Cuban socioeconomic model provides more opportunities, leading to the empowerment of local (communities) and citizens, and this is likely to continue. Today there are ongoing processes that decentralize, that give greater authority and decision-making powers to municipalities to produce their own legal system.

Now they are given the opportunity to decide how to design their own development and everyone has to agree on a strategy to minimise damage from disasters. If an area displays its economic potential without considering risk reduction, it may jeopardise the effort of many years.

This project starts now and will slowly gain the legal framework, the institutions, the designs and appropriate modes of participation. It will have national traits, but each locality will present their differences according to their culture, geography and productive activities, among others.

Q: What are the general risks they face and how much are their characteristics influenced?

A: In general, municipal development is endangered by rising sea levels and the occurrence of extreme weather events such as storms, winds and more severe droughts, caused by global overheating.

Another consequence is the effects on human health from the appearance of unknown diseases, and the virulence and greater prevalence of some which were under control in the past.

Being an island, Cuba has many coastal municipalities, more exposed to other environmental problems such as the degradation of coastal areas and mangrove loss. Within 50 to 100 years, there will be areas close to the sea that lose significant amounts of land, now designated for production or housing.

Also, mountainous municipalities have ecosystems that are vulnerable to soil degradation, which is intensified by the slopes and deforestation. These are affected by demographic factors, such as low population density, which is on a downward trend.

Other municipalities have unique biodiversity areas, which need special protection. In those with large urban conglomerates, events like hurricanes cause major complications. Most Cuban districts have large agricultural production and, therefore, they must safeguard this vulnerable activity.

Q: What base do local governments have for designing strategies for sustainable development in the context of climate change?

A: In most of the municipalities there is a management centre for risk reduction, endowed with human capital, which gradually will incorporate technological capacity to generate information and identify knowledge and skills.

With this, the municipalities make decisions in the short, medium and long term. For example, they have contributed plains of floods in their territories, which until recently did not exist.

They have been introducing early warning systems at this scale, even in people’s councils (government structures at the level of neighborhoods and small towns) that require it, because of the occurrence of severe events locally.

Preparedness to face climate change spans several years, with very intense work over the past two decades. Cuba has a very efficient and articulate civil defense system, engaging all sectors of the population and authorities.

However, concepts have been changing. Now, it is not just about responding to the disaster, but gradually reducing vulnerabilities, to diminish the current risks faced today from the production systems, to nature and human health. It is also necessary to draw up and consider future scenarios.

Q: What obstacles must be overcome?

A: The Cedel now collaborates with 20 municipalities, very different from each other, with technical preparation to help them trace their development strategies. Generally, although this is not true for all cases, they do not have the necessary capabilities to move autonomously.

These districts are facing organizational and financial difficulties, which authorities expect to change with environmental and territorial reorganization of the place.

Nor do they know how to calculate the economic, environmental and sociocultural feasibility of their projects to make them sustainable. This is primarily an educational challenge. What is needed is to foster a culture of prevention and adaptation to climate change.

Each local government is required to comply with the National Environmental Strategy. However, after the change of authority, the priority given to environmental issues may vary. It is the citizens who are responsible for keeping this issue alive.

Q: Are citizens aware of this?

A: It still does not exist (the awareness), but it is not an absolute reality.

We have a long way to go in terms of legal culture and participation, although we have made progress. This matter must be rethought every year. New generations see it differently, women, men, people of towns and the peasantry.

However, the process is taking place. Cedel’s role is to help make it happen during a reasonable period of time.