UNITED NATIONS, Feb 11 2013 (IPS) - Amidst growing new threats of potential conflicts over fast-dwindling water resources in the world’s arid regions, the United Nations will commemorate 2013 as the International Year of Water Cooperation (IYWC). 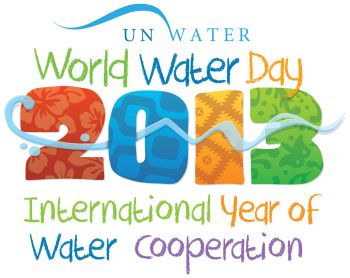 Courtesy of the United Nations

But Maude Barlow, chairperson, Council of Canadians and a former senior advisor on water to the president of the U.N. General Assembly in 2008-2009, warns the U.N.’s water agenda is in danger of being hijacked by big business and water conglomerates.

“We don’t need the United Nations to promote private sector participation under the guise of greater ‘cooperation’ when these same companies force their way into communities and make huge profits from the basic right to water and sanitation,” Barlow told IPS.

At this time of scarcity and financial crisis, she said, “We need the United Nations to ensure that governments are fulfilling their obligations to provide basic services rather than relinquishing to transnational corporations.”

The Paris-based U.N. Educational, Scientific and Cultural Organisation (UNESCO), which has been designated the lead U.N. agency, formally launched IYWC at a ceremony in the French capital Monday.

In New York, Secretary-General Ban Ki-moon warned of the new pressures on water, including growing populations and climate change. One-third of the world’s 7.1 billion people already live in countries with moderate to high water stress, he said.

“Competition is growing between farmers and herders; industry and agriculture; town and country,” Ban said. Upstream and downstream, and across borders, “We need to cooperate for the benefit of all now and in the future… Let us harness the best technologies and share the best practices to get more crop per drop.”

Back in December 2010, the 193-member General Assembly adopted a resolution declaring 2013 as the IYWC, following a proposal by Tajikistan.

The 2013 World Water Day, which will take place on Mar. 22, will be dedicated to water cooperation.

The CEO Water Mandate, a public-private sector initiative launched by the United Nations in July 2007 and designed to assist companies in the development, implementation and disclosure of water sustainability policies and practices, puts corporations such as Nestle, Coca Cola, Suez and Veolia directly into a position of influence over global water policy and presents a clear conflict of interest, she said.

“For-profit private companies cannot uphold the public interest if it conflicts with their bottom line,” said Barlow, who is also founder of the Blue Planet Project.

Even the World Water Development Report is now advised by an industry group on “business, trade, finance and involvement of the private sector,” she added.

Tom Slaymaker, senior policy analyst on governance at the London-based WaterAid, told IPS the United Nations recognised the “human right to water and sanitation” back in 2010.

The 2013 International Year of Water Cooperation will be a critical year for the United Nations to reflect on why universal access has not yet been achieved, he said.

Slaymaker said it’s also time to reflect on the kind of political leadership and new forms of partnership that are required to accelerate progress towards universal access as part of the emerging post-2015 development framework of the United Nations.

According to the United Nations, the primary objective of IYWC is to raise awareness, both on the potential for increased cooperation, and on the challenges facing water management in light of the increase in demand for water access, allocation and services.

Since the General Assembly recognised the human right to water and sanitation, a number of countries, including Mexico, Kenya, Bolivia, The Dominican Republic, Rwanda, Ethiopia, Ecuador, El Salvador, The Netherlands, Belgium, the UK and France, have either adopted laws recognising the right to water or amended their constitutions to do so.

The Vatican recently recognised the human right to water and added that “water is not a commercial product but rather a common good that belongs to everyone.”

And last June, all 193 member states signed the Rio+20 Declaration which includes the recognition of the human right to water and sanitation as a universal right.

Specifically zeroing on the role of the private sector, Barlow told IPS that corporations are among those pledging their support for IYWC.

Aguas de Barcelona, the water company at the heart of a fierce debate in Spain over control of drinking water, is participating, she pointed out.

So are “corporations who fought us on the right to water are now scrambling to claim it in their own image”.

She quoted Nestle as saying that 1.5 percent of the world’s water should be put aside for the poor and rest should be put on the open market.

If Nestle gets its way, she argued, there will one day be a water cartel similar to big oil, making life and death decisions about who gets water and under what circumstances every day.

“But at least we have this recognised and acknowledged right that no one should be allowed to appropriate water for personal gain while others die from an inability to pay for water,” she said.

With time, “we will build consensus around the right to water and the understanding that water is a common heritage and a public trust.”