* Leonardo Padura, a Cuban writer and journalist and winner of the 2012 National Literature Prize, has had his novels translated into more than 15 languages. His latest work, "The Man Who Loved Dogs," has Leon Trotsky and his assassin Ramón Mercader as the principal characters. In this column for IPS he writes about the pace of reform in Cuba. 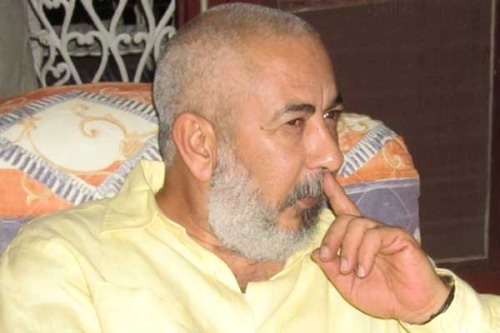 HAVANA, Mar 28 2013 (IPS) - The reform process launched in Cuba by the government of President Raúl Castro has made several changes to the country’s rigid social and economic structure, with the ultimate aim of bringing this island nation out of its economic lethargy and making production, which is sinking under the weight of restrictions, controls and contradictions, more efficient.

After the announcement of the government’s intention to introduce “structural and conceptual changes” to “update” the model, the 2011 Sixth Congress of the Communist Party of Cuba – the sole legal party, which governs the country – approved the Guidelines for Economic and Social Policy which set forth the transformations to be carried out.

The programme laid out in the document, which is precise on some issues but vaguer on others, sets out guidelines and commitments for the proposed changes, small and large.

In response to demands or criticism that the pace of change is too slow for a country plagued with social and economic problems that range from the highest structural and macroeconomic level to the complicated daily life of the average citizen, Raúl Castro has stated on several occasions that the transformations will keep pace with well-thought out plans, in order to avoid new errors. He calls this tempo “slow but sure.”

Recently the vice president of the Council of State and Council of Ministers, Miguel Díaz-Canel, confirmed to the press announcements already made by the president.

While economic and social changes have so far brought about slight (or not so slight) shifts in the relations of production, property and citizen rights, such as the revitalisation of private enterprise, creation of agricultural and worker cooperatives, distribution of land for farming, or the important migration reform that allows a majority of the population to travel, changes in the years to come will have a more radical effect on the basic structures of the system.

As Díaz-Canel said: “We have made progress on what was easiest, in the solutions that required less depth of decision and less work to implement, and now we are left with the more important aspects, which will be more decisive in the future development of the country, as well as more complex.”

What is intriguing is that neither leader has specified what the changes will consist of, or what their sphere or scope will be. They merely respond that everything is laid out in the Guidelines.

But an event of international importance has made a big difference to the balance of decision-making in Cuba.

The death of Venezuelan President Hugo Chávez, Cuba’s main political supporter and trading partner through bilateral and regional agreements, such as the Bolivarian Alliance for the Peoples of Our America (ALBA), is definitely a factor that Havana cannot take lightly.

If, as analysts expect, Nicolás Maduro, Chávez’s political heir, wins the presidency in the upcoming elections in Venezuela, Cuba will be able to breathe more easily, given Maduro’s promises with respect to the island and the loyalty he has pledged to Chávez’s thought and commitments.

But what no one doubts is that, with the passing of Chávez, the internal situation in Venezuela could become complicated in many ways, and its close relations with this Caribbean island nation, at least in economic terms, could change because of those unpredictable complications in Venezuela’s domestic reality.

This new turn of events will doubtless have been studied by the Cuban government, independently of political declarations or even silence. And the development will probably have an effect on the pace of internal change.

The fragile state of this country’s economy calls for efficiency, investment (including, of course, foreign capital), the redefinition of production relations, and the updating of state and private sector use of new technologies.

Meanwhile, the complex social fabric, that is so different today than in the early 1990s (when a severe crisis was triggered by the break-up of Cuba’s main political and trading partner, the Soviet Union) requires more realism and dynamism in the process of change, given that a large percentage of the Cuban population is made up of young people with different ideas and points of view, and also that many people have spent more than 20 years struggling to survive on low wages and facing concrete problems of all kinds.

Has the time come to cut short the pauses and accelerate the pace? And is it time for citizens to begin to learn what future is in store for them with those deeper and more complex transformations, that could define the destiny of the country and, certainly, of their own lives? In all likelihood, yes.