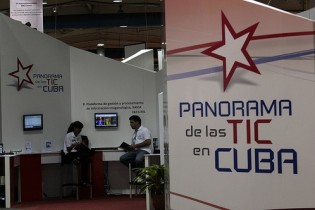 By Patricia Grogg
The social and economic model that is taking shape in Cuba based on changes gradually being implemented require reforms for strengthening and giving greater autonomy to local government bodies, which began to be renewed in October with the election of new municipal assembly members.

By Patricia Grogg
The easing of travel restrictions announced by the Cuban government Tuesday was one of the most eagerly awaited reforms. However, limitations remain in place for professionals and others deemed essential to the country’s development or national security.

By Patricia Grogg
A year after the Raúl Castro government approved a programme of changes and measures aimed at making the Cuban economic model sustainable, the slow pace of implementation is a focus of debate and criticism even among its supporters, who believe it should move forward more rapidly.

By Patricia Grogg
Local communities can play a key role in adaptation to climate change if they are helped to properly understand the problem and take it on board. "Climate literacy is needed," says Ángela Corvea, a long-time Cuban environmental activist.

By Patricia Grogg
As a result of climate change-related extreme weather events like a rise in the sea level and increasingly intense storms alternating with drought, Caribbean island nations are facing the challenge of adopting adaptation measures that could be too costly for their budgets.

By Inés Benítez
A group of former political prisoners from Cuba and their family members gathered in Madrid's Puerta del Sol square and in front of the foreign ministry Tuesday to protest the unexpected cut-off in aid from the government.

By Jim Lobe
Relations between the United States and Latin America have "grown more distant" in importance part due to the latter's persistent disagreement with U.S. policies on immigration, drugs, and Cuba, according to a new report released here Wednesday on the eve of this year's Summit of the Americas in Cartagena, Colombia.

By Ivet González
In response to the pressures of everyday life, some people in Cuba are promoting meditation as a way to protect the mind and body and foster a culture of peace.

By Patricia Grogg
The Catholic Church in Cuba expects people to welcome Pope Benedict XVI with warmth and enthusiasm, even though Catholics are not a majority here like they are in Mexico, the first stop on the pope’s Latin America tour that begins Mar. 23.

By Patricia Grogg
The search for oil in Cuba’s Gulf of Mexico waters, launched by the Spanish firm Repsol, has triggered speculation about future prospects for Cuba and the possibility of this country one day making the transition from importer to exporter of crude.

By Patricia Grogg
Caribbean islands are doubly exposed by the convergence of weak economies heavily dependent on foreign imports and greater vulnerability to climate change, according to ECLAC Executive Director Alicia Bárcena.

By Patricia Grogg
More than a decade ago, solar electricity changed the lives of several mountain communities in Cuba. Now this and other renewable power sources are emerging as the best options available to develop sustainable energy across the island.

By Patricia Grogg
Cuba's communist leaders have mapped out a strategy to modernise their country's one-party socialist model and make it more efficient, which implies making it more inclusive and representative of a society that is increasingly diverse.

By Patricia Grogg
No one who lives in this fishing village on the south coast, 70 km from the Cuban capital, can forget the devastation wrought by hurricanes in 2008.
Next Page »
ADVERTISEMENT ADVERTISEMENT