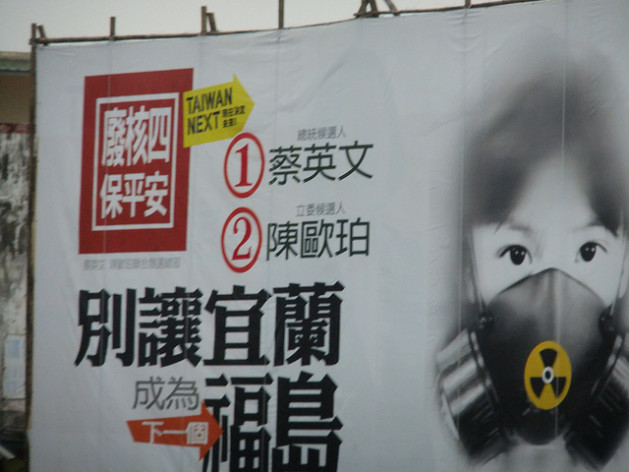 The nuclear industry and its suppliers made billions from building and operating Fukushima’s six reactors, but it is the Japanese government and its citizens who are stuck with all the costly “fallout” of the disaster.

The laws in Canada and Japan are designed to protect the nuclear companies, not the people living near their reactors.

“People’s lives were destroyed and we will be paying trillions of yen in tax money because of the Fukushima disaster,” said Hisayo Takada, an energy campaigner with Greenpeace Japan.

“The nuclear industry, other than Tepco (Tokyo Electric Power Co), has paid nothing as they are specially protected by the law,” Takada told IPS.

On Mar. 11, 2011, Japan experienced a 9.0 magnitude earthquake and resulting tsunami that badly damaged Tepco’s Fukushima Daiichi nuclear plant. Three of six reactors suffered a meltdown, and reactor unit four was damaged. The Fukushima accident has been rated at the highest level (7) of the International Atomic Energy Agency scale, the same as the Chernobyl accident.

A year after the disaster, Tepco was taken over by the Japanese government because it couldn’t afford the costs to get the damaged reactors under control. By June of 2012, Tepco had received nearly 50 billion dollars from the government.

The six reactors were designed by the U.S. company General Electric (GE). GE supplied the actual reactors for units one, two and six, while two Japanese companies Toshiba provided units three and five, and Hitachi unit four. These companies as well as other suppliers are exempted from liability or costs under Japanese law.

Many of them, including GE, Toshiba and Hitachi, are actually making money on the disaster by being involved in the decontamination and decommissioning, according to a report by Greenpeace International.

“The nuclear industry and governments have designed a nuclear liability system that protects the industry, and forces people to pick up the bill for its mistakes and disasters,” says the report, “Fukushima Fallout“.

“If nuclear power is as safe as the industry always claims, then why do they insist on liability limits and exemptions?” asked Shawn-Patrick Stensil, a nuclear analyst with Greenpeace Canada.

“Suppliers are indemnified even if they are negligent,” Stensil told IPS.

Japanese nuclear operators are required to carry 1.5 billion dollars in insurance – not nearly enough for the estimated 100 to 250 billion dollars in decommissioning and liability costs for Fukushima. Suppliers like GE are explicitly exempt from any liability, even if defects in their equipment contributed to the disaster.

“The laws in Canada and Japan are designed to protect the nuclear companies, not the people living near their reactors,” Stensil said.

Radiation levels around Fukushima reactors are still high, too high for humans to work near in some places. The World Health Organisation has warned that one-third of workers face increased risks of cancer. Robots have failed and remote cameras cannot reveal the state of the damaged nuclear fuel. The fuel is still hot and requires massive amounts of water to cool, but the plant is running out of storage space for the radioactive water.

Tepco management acknowledges removal of the 11,000 radioactive fuel assemblies won’t begin until 2021. Decommissioning of the entire plant will take at least 40 years.

“We warned that Japan’s nuclear power plants could be subjected to much stronger earthquakes and much bigger tsunamis than they were designed to withstand,” said Philip White of the Citizens’ Nuclear Information Centre, an NGO based in Tokyo.

“Shockingly, this danger of tsunami-caused meltdowns had been publicised since 2008 in documents issued by the Japan Nuclear Energy Safety Organization, but plant owners effectively ignored this contingency,” said Alexander Likhotal, president of Green Cross International.

“It was the failure of human action to take the proper safety precautions against known, highly possible, natural threats that resulted in such a disaster,” Likhotal said in a statement.

Earthquakes are common in Japan, with nearly 2,500 quakes in the past two years. After Fukushima, all 50 of Japan’s nuclear reactors, supplying 30 percent of all electricity, were shut down. Only two have been restarted.

In the months that followed the disaster, the Japanese government launched an ambitious renewable energy programme and phased out nuclear power. About 3.6 gigawatts of solar, wind and geothermal have been approved so far. The goal is 35 percent renewable energy by 2030.

But with the recent election of conservative Prime Minister Shinzo Abe’s government, nuclear power is back in favour. Nuclear plant operators who promise to make safety improvements such as airplane crash-resistant, waterproof containment and second control rooms will be allowed to resume operation.

“I don’t think this is logical to do it this way,” said Greenpeace Japan’s Takada.