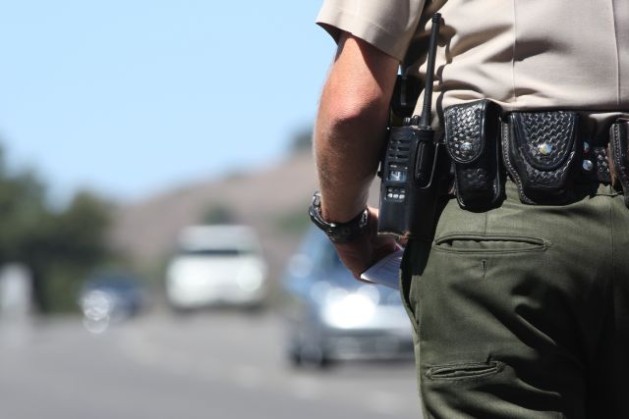 The TRUST Act would allow local police to detain individuals for ICE only if they are convicted of a serious crime. Credit: photostock

SAN FRANCISCO, California, Apr 23 2013 (IPS) - Challenges are mounting to a key U.S. immigration enforcement programme that requires local police to share the fingerprints of individuals they arrest, triggering a federal investigation into the immigration status of the detainee.

Introduced in 2008, the Secure Communities programme (S-Comm) rapidly expanded over the next four years utilising approximately 750 million dollars allotted to Immigration and Customs Enforcement (ICE) for the programme.

"Immigrant communities are more fearful of going to the police, to report crimes they are victims of." -- ALC's Tim Huey

This month, the Asian Law Caucus (ALC) sued ICE and the Department of Homeland Security for information related to the agencies’ communications with California government officials about the California TRUST Act and S-Comm.

The lawsuit was filed after ICE failed to comply with a Freedom of Information Act (FOIA) request the San Francisco-based civil rights organisation submitted over three months ago.

The ALC submitted the FOIA request on Dec. 21, 2012 because of suspicions that ICE had attempted to improperly influence the governor’s decision on the TRUST Act, which was reintroduced to the state assembly that month.

According to the complaint, ICE has had two private meetings with Governor Jerry Brown: one before Brown’s veto of the bill last September and one shortly after the TRUST Act was reintroduced by California state Assemblyman Tom Ammiano on Dec. 3, 2012.

California’s revised TRUST Act is slated to be voted on by the State Assembly on May 31.

“There’s a public right to know about issues surrounding pending legislation. The public has a right to know what information was given that may have motivated decisions on the bill,” said Jessica Karp, an adjunct professor at University of California, Irvine who also works with UC Irvine’s Immigrant Rights Clinic, which is representing ALC.

The TRUST Act, which passed the California Senate and State Assembly last summer only to be vetoed by Governor Jerry Brown on Sep. 30, 2012, would prevent the pre-conviction sharing of fingerprints by law enforcement with ICE, allowing local police to detain individuals for ICE only if they are convicted of a serious crime.

The TRUST Act was designed to alter the state’s participation in ICE’s Secure Communities programme, which is responsible for deporting 266,137 immigrants, ostensibly in order to prioritise the deportation of immigrants convicted of serious crimes. However, according to ICE’s statistics, less than 30 percent of those deported were convicted of Level 1 crimes.

“When it was first implemented it was politically untouchable,” Karp told IPS, explaining that it was impossible to publicly oppose a piece of legislation with the stated objective of removing serious criminals.

But two years after it was implemented, the actual impact on the community has been very different from the programme’s alleged goal. The vast majority of those detained or deported under S-Comm had no criminal history or had committed, at most, a small misdemeanor.

Numerous stories of individuals ending up in deportation proceedings because they had committed small infractions, traffic violations – or were themselves the victims of crime – quickly hit the news.

As Karp explained, “Secure Communities has allowed ICE to use local law enforcement agencies to help them meet their deportation quota of 400,000 people each year. S-Comm helps them do that using local resources.”

In addition, S-Comm has proven to be a pricey measure for state and local resources, costing the state of California an estimated 65 million dollars a year to detain immigrants for ICE.

In response to the overwhelming evidence that S-Comm was not focusing on serious criminals, some local communities, law enforcement agencies and state legislatures attempted to opt-out of the programme in which they had initially agreed to participate by voluntarily signing a Memorandum of Agreement.

San Francisco’s sheriff, Michael Hennessey, was one of the first to seek to opt out in 2010.

In an editorial for the San Francisco Chronicle in May 2011, Hennessy wrote, “Immigration and Customs Enforcement’s controversial Secure Communities program violates… hard-earned trust with immigrant residents.”

Hennessy went on to explain that S-Comm gave local law enforcement no discretion over which arrestees would trigger an ICE deportation proceeding.

Counties throughout California and the nation followed suit in seeking to opt-outof the programme.

However, to the confoundment of many localities and state representatives, ICE responded by asserting that sharing fingerprints was no longer optional and canceling the initial Memorandum of Agreements.

ICE has repeatedly emphasised that S-Comm targets immigrants with criminal histories, but evidence that the programme continues to ensnare individuals with no criminal conduct or background abounds.

In early April, in Bakersfield, California, Ruth Montano – a 14-year resident of the state whose three children were born and raised in the United States – faced deportation proceedings after police came to her apartment in response to neighbours’ complaints over her barking dogs.

Montano’s case caught the attention of the American Civil Liberties Union of Southern California and immigrants’ advocacy group Cuentame, which orchestrated a successful information campaign to pressure for Montano’s release from deportation. But as ACLU lawyer Jennie Pasquarella pointed out at the time, Montano’s good fortune is the exception.

“Immigrant communities are more fearful of going to the police, to report crimes they are victims of. This is why the TRUST Act is so important, so that Secure Communities can do what it is meant to do while restoring trust between local law enforcement and immigrant communities,” Tim Huey of the ALC told IPS.

While the TRUST Act was originally drafted for California, copycat bills have been proposed in Massachusetts, Florida, Connecticut, Colorado and a number of other localities this year.

ICE does not take an official position on pending legislation and thus has not stated opposition to the TRUST Act. The agency would not comment on pending litigation with the Asian Law Caucus.