UNITED NATIONS, Apr 8 2013 (IPS) - Over 40 million children under the age of five were overweight in 2010. In fact, since 1980, the worldwide prevalence of obesity has doubled, according to the British medical journal the Lancet. 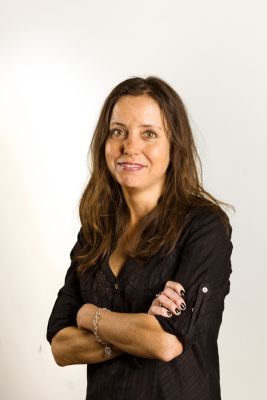 From poverty to unemployment, women’s empowerment to education, Food Tank believes that solutions are most readily available when communities have basic information on the best practices to address local agricultural, environmental and social problems.

Q: At Food Tank, you guys bring up an interesting disparity that our generation faces these days: some people not having enough food while others eat too much. What do you see happening?

A: It’s ironic. We produce more food than ever before, but the world still has nearly one billion people – or one out of every seven – who go to bed hungry each night. In addition, there are another 1.5 billion people that are overweight or obese. These might seem like opposite problems, but they’re part of the same problem – a food system that doesn’t nourish people. We have been using calories and yields as our only measurements.

Most of the research and investment in agriculture is focused on starchy staple crops, instead of crops that are nutrient dense, or protect water supplies, or enhance soils, or promote gender equity, or empower youth.

Q: Do you see African nations embracing sustainable solutions in regards to combating hunger? Are there ways in which local communities can start on a smaller scale in implementing solutions?

A: African farmers are more than just farmers – they’re businesswomen and businessmen, they’re entrepreneurs, and they’re stewards of the land who deserve to be recognised for the ecosystem services they provide that at have widespread, global benefits.

But farmers need more investment, research, and investment. African governments, however, need to start investing in farmers. Since the 1980s, agriculture’s share of global development aid has dropped from over 16 percent to a meager four percent. And only a handful of African nations allocate 10 percent of their national budgets to agriculture as part of the Comprehensive Africa Agriculture Development Program, or CAADP.

Q: How do you suggest reaching out to women about global food issues?

A: Women make up to 80 percent of the agricultural labour force in sub-Saharan Africa, but they don’t have the same access to credit, land, and extension services. In places like Zambia, traveling theatre groups are using plays to show communities the important role that women play in farming.

Q: What can you tell us about the environment and its relationship to global food issues?

A: Water scarcity is increasing, soil fertility is decreasing, and climate change is the likely culprit in more extreme weather events, like the devastating drought that hit the United States last year and the disastrous floods that killed or displaced millions of farmers in Pakistan in 2010 or the drought that is taking place in the Sahel now.

Food production is dependent on predictable rainfall, nutrient rich soils, and predictable weather. Although agriculture contributes about 30 percent of all greenhouse gases, it is also the human endeavor most dependent on a stable climate.