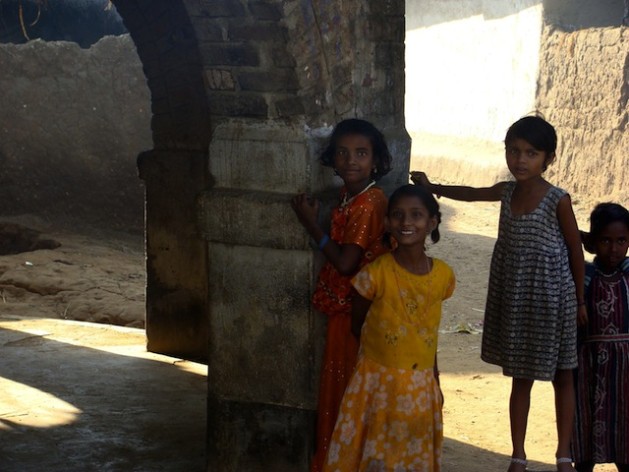 NEW DELHI, May 21 2013 (IPS) - When a five-year-old was rescued from the basement of a building in the eastern part of India’s capital, New Delhi, the doctors treating her were horrified to find the little girl had not only been raped by two men several times, but the perpetrators had also inflicted severe perineal injuries by inserting foreign objects into her body.

Tied to a bed for nearly two days, the girl was raped and brutalised by a young neighbour and his friend, even while the police ignored her parents’ repeated requests to trace their missing child.

“Violence against a child, even if it occurs inside (his or her) own home, must not be seen as a private issue. It is violence and it is a public issue." -- Shantha Sinha
“We pleaded with the police. We called the (hotlines). But they did not act instantly and when she was rescued in such a horrible state, cops offered me some money to keep quiet and said I am fortunate that she is still alive,” the girl’s father told IPS.

Coming after a season of anti-rape protests in New Delhi over last December’s fatal gang-rape of a young medical student inside a bus, this latest incident, coupled with police inaction, triggered fresh agitation in the national capital.

In the same month, another five-year-old girl in the central Indian state of Madhya Pradesh succumbed to her injuries after enduring similarly unspeakable horrors.

Stories of rape and abuse, often involving fatalities, are pouring in every day now, with the latest figures showing that child rapes in India have risen 336 percent between 2001 and 2011.

Human rights activists lament that these figures represent only reported cases, while the actual number may be much higher.

Many of these rapes occur in the confines of the victim’s own household, sometimes by family members or other known assailants, other times by unknown attackers.

According to a recent report by the New Delhi-based Asian Centre for Human Rights (ACHR), sexual offences against children in India have reached an “epidemic proportion”.

ACHR Director Suhas Chakma told IPS these numbers represent “only the tip of the iceberg, as the large majority of child rape cases are not reported to the police”, while other forms of sexual assault against children pass largely under the radar of the authorities.

Chakma attributes the increase partly to the “tremendous rural-urban migration” of the last 15 years that has resulted in a clash of cultures, as migrant workers from India’s remote agricultural belts come face to face with an urban lifestyle.

“Pornography is now at everyone’s fingertips,” he noted, adding that India’s socio-economic upheaval of the last decade and a half have “impacted behaviours”.

The state of Madhya Pradesh recorded the highest number of child rapes, with 9,465 cases from 2001 to 2011; the western state Maharashtra came a close second, with 6,868 cases; while Uttar Pradesh, located on the northern border, reported 5,949 cases.

The report found that every single Indian state reported high numbers and experienced an increase in cases.

Not a private matter

When it comes to child abuse, said Shantha Sinha, chairperson of India’s National Commission for the Protection of Child Rights (NCPCR), there cannot be any distinction between private and public space.

“Violence against a child, even if it occurs inside (his or her) own home, must not be seen as a private issue. It is violence and it is a public issue,” Sinha told IPS.

She stressed the need for citizens to report as many details as possible about such cases to the proper authorities – maintaining anonymity if necessary – such as the countrywide Child Welfare Committee (CWC).

According to the ACHR, rape is especially rampant in juvenile homes established under the Juvenile Justice (Care and Protection of Children) Act of 2000.

The government of India supports at least 733 juvenile homes under the Integrated Child Protection Scheme (ICPS) of the ministry of women and child development; but government oversight has been unable to stem abuse.

“All juvenile homes are centres of sexual abuse,” said Chakma. “There is no supervision whatsoever and the offenders are mostly staff members.”

He alleged that the government has failed to establish proper “inspection committees”, charging that the issue is not even on the agenda for minister-level discussions. Chakam also blasted the NCPCR for being “useless.”

According to a report by NCPCR member Vinod Kumar Tikoo, who visited three such homes in the Ambala district of India’s northern Haryana state after reports of physical and sexual abuse, the conditions of the facilities are “shocking.”

In one of the homes, Tikoo found girls and boys living together but could see “no evidence” of a professional staff, trained caretakers or security measures. The operation seemed to be an “entirely family affair.”

“The husband–wife duo managing one of the other homes seemed unaware of the roles, responsibilities and…the jurisprudence governing child protection in an official child care institution,” he said.

Conditions are particularly threatening to girl children. In one of the homes, the only toilet facility available for girls was located on the terrace, surrounded by water.

According to the report, many of the managers of these homes simply bring in abandoned or runaway children from hospitals, railway stations and bus-stands, without presenting them to the concerned Child Welfare Committee, which exist in every state.

According to Sinha, security in juvenile homes is a complex issue and calls for rigorous government monitoring and intervention. She recommended that the state “redefine” the meaning of these homes, and run them instead as training and resource centres, thereby offering these kids the chance for a more independent future.

Other experts believe the answer lies in amending the Juvenile Justice Act, which does not currently provide an adequate support system for families too poor to embark on lengthy legal battles.

Chakma said it is “essential” that the government create a victim assistance fund, which aggrieved parties can utilise to seek justice and punitive measures through the courts.

“India enacts laws without any judicial impact assessments. So the judicial infrastructure has to be upgraded too,” he said.