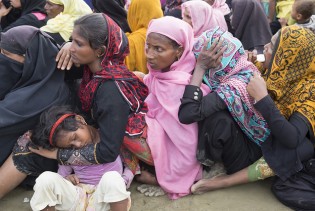 By Mario Osava
The outrage in Brazil over the gang-rape of a 16-year-old girl by more than 30 men prompted mass protests by thousands of women on the streets of cities around the country, while activists complain that the response to the case by politicians has been misfocused.

By Stella Paul
Mamta Bai, 36, distinctly remembers the first time the police came to her village: it was December 2014 and her neighbour, Purva Bai, had just been beaten unconscious by her alcoholic husband, prompting Mamta to make a distress call to the nearest station.

By Zofeen Ebrahim
Twenty-eight-year-old Omar Zaib, a taxi driver in Lahore, capital of Pakistan’s Punjab province, confessed in court last month to drowning his one-and-a-half-year-old daughter because he wanted a son. A few days later, the media reported that two newborn girls had been found abandoned at a railway station.
Next Page »
ADVERTISEMENT ADVERTISEMENT