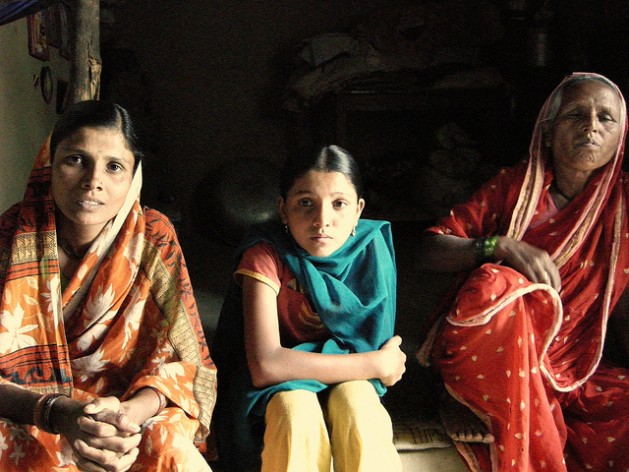 In India, 27 percent of women aged 20-49 were married before they were 15 years old. Credit: Jaideep Hardikar/IPS

NEW DELHI, Aug 20 2014 (IPS) - Basanti Rani*, a 33-year-old farmers’ wife from the northern Indian state of Haryana, recently withdrew her 15-year-old daughter Paru from school in order to marry her off to a 40-year-old man.

“In an increasingly insecure social milieu, where rape and sexual abuse have become so common, marrying off my daughter was a wise move,” she told IPS.

“Who would’ve married her had she been abused or raped? Now, at least, her husband can look after her.”

Such a mindset, widespread across this country of 1.2 billion people, is just one of the reasons why India hosts one out of every three child brides in the world.

A recent United Nations report entitled ‘Ending Child Marriage – Progress and Prospects’ found that, despite the existence of a stringent anti-child marriage law, India ranks sixth among countries with the highest prevalence of child marriages across the globe.

The U.N. Children’s Fund (UNICEF) defines child marriage as unions occurring before a person is 18 years of age, and calls the practice a “violation of human rights.”

In India, 27 percent of women aged 20-49 claim to have tied the knot before turning 15, the survey states.

“The problem persists largely because of the patriarchal vision that perceives marriage and childbearing as the ultimate goals of a girl’s life,” explains Sonvi A. Khanna, advisory research associate for Dasra, a philanthropic organisation that works with UNICEF.

The increasing rates of violence against girls in both rural and urban India, adds Khanna, are instilling fear in the minds of families, leading them to marry their girls off as soon as they reach puberty.

Crimes included rape, kidnapping, sexual harassment, trafficking, molestation, and cruelty by husbands and relatives. They also included incidents in which women were driven to suicide as a result of demands for dowries from their husbands or in-laws.

The NCRB said the number of rapes in the country rose by 35.2 percent to 33,707 in 2013 – with Delhi reporting 1,441 rapes in 2013 alone, making it the city with the highest number of rapes and confirming its reputation as India’s “rape capital”.

The law, experts say, can do little to change mindsets or provide alternatives to child marriage.

A report by Dasra entitled ‘Marry Me Later: Preventing Child Marriage and Early Pregnancy in India’ states that the practice “continues to be immersed in a vicious cycle of poverty, low educational attainment, high incidences of disease, poor sex ratios, the subordination of women, and most significantly the inter-generational cycles of all of these.”

According to the report, despite the fact that child marriage as a practice “directly hinders the achievement of six of eight Millennium Development Goals, as an issue, it remains grossly under-funded.”

If the present trends continue, of the girls born between 2005 and 2010, 28 million could become child brides over the next 15 years, it states. 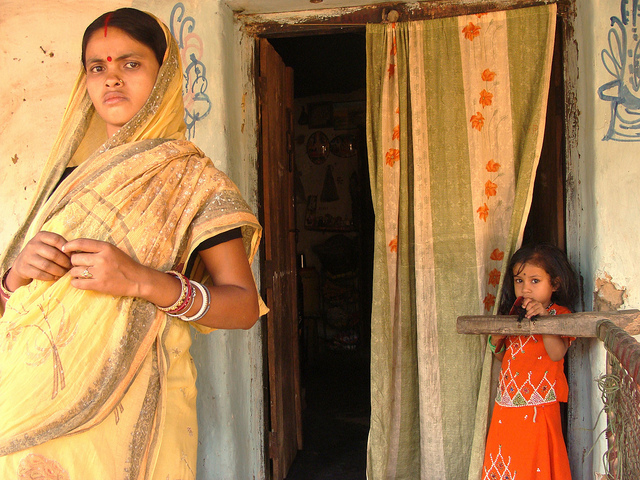 The increasing rates of violence against girls in both rural and urban India are instilling fear in the minds of families, leading them to marry their girls off as soon as they reach puberty. Credit: Credit: Sujoy Dhar/IPS

The 2006 Prohibition of Child Marriage Act (PCMA) seeks to prevent and prohibit the marriage of girls under 18, and boys under 21 years of age.

It states that if an adult male aged 18 and above is wed to a minor he shall be “punishable with rigorous imprisonment for two years or with [a] fine, which may extend to […] one lakh” (about 2,000 dollars).

Furthermore, if “a person performs, conducts, directs or abets any child marriage”, that person too shall face a similar punishment and fine.

Experts term PCMA a fairly progressive law compared to its predecessors, one with the rights of the child at its core.

It even allows for annulment of a child marriage if either party applies for it within two years of becoming adults. Even after annulment of the marriage, the law provides for residence and maintenance of the girl by her husband or in-laws until she re-marries.

“Any children born of the marriage are deemed legal and their custody is provided for, keeping the child’s best interests in mind, states this law,” a Delhi-based High Court advocate told IPS.

Yet, the legislation has not been adequately enforced due to its heavy reliance on community reporting, which rarely happens.

“Since reporting a child marriage could mean imprisonment and stigma for the family, immense financial loss and unknown repercussions for the girl, few come forward to report the event,” Khanna said.

“Adding to the problem is corruption among the implementers, or the police, who are insensitive to the need [to] stop child marriages.”

Small wonder, then, that convictions under PCMA have been few and far between.

Apart from social ramifications, child marriages also lead to a host of medical complications for young mothers and their newborn babies.

“Postpartum hemorrhage (bleeding after delivery) is an added risk. Girls under 15 are also five times more likely to succumb to maternal mortality than those aged above 20.”

Still, India is far behind the target of 103 deaths per live births to be achieved by 2015 under the United Nations-mandated Millennium Development Goals (MDGs).

This dire health situation is made worse by the prevalence of child marriage, experts say.

Activists point out that the main bottlenecks they encounter in their fieldwork are economic impoverishment, social customs, lack of awareness about consequences of child marriage and the belief that marriage offers social and financial security to the girl.

This is unsurprising since, according to the Global Hunger Index (GHI) 2013, India is one of the hungriest countries in the world, ranking 63rd in a list of 78 countries, behind Pakistan at 57, Nepal at 49 and Sri Lanka at 43.

Many parents also believe that co-habitation with a husband will protect a young girl from rape and sexual activity.

“Nothing could be further from [the] truth,” explains Meena Sahi, a volunteer with Bachpan Bachao Andolan (Save the Childhood Movement), a non-profit organisation working in the field of child welfare.

“On the contrary, the young girl is coerced into early sexual activity by a mostly overage husband, leading to poor reproductive health. Adolescent pregnancies do the worst damage – emotional and physical – to the mother as well as the newborn,” Sahi told IPS.

Social activists admit that to accelerate change, girls should be provided with robust alternatives to marriage. Education and vocational training should be used as bridges to employment for girls, especially in rural areas.

Engaging closely with those who make decisions for families and communities, explaining to them the ill effects of child marriage on their daughters, as well as providing information, as well as birth and marriage registrations, are some ways to address child marriages and track child brides.

Change is happening but at a glacial pace. In an attempt to eliminate child marriages in the Vidarbha district of the southern state of Maharashtra, 88 panchayats (local administrative bodies) passed a resolution this year to ban the practice.

Following the move, 18 families cancelled the weddings of their minor daughters.

Although annulment of child marriage is also a complex issue, India’s first child marriage was annulled in 2013 by Laxmi Sargara who was married at the age of one without the knowledge of her parents. Laxmi remarried – this time of her own choice – in 2014.