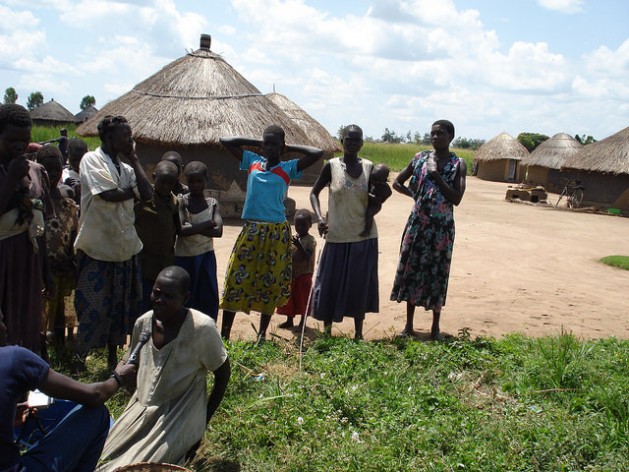 WASHINGTON, Jul 23 2014 (IPS) - As Tuesday’s major summits here and in London focused global attention on adolescent girls, the United Nations offered new data warning that more than 130 million girls and women have experienced some form of female genital mutilation, while more than 700 million women alive today were forced into marriage as children.

Noting how such issues disproportionately affect women in Africa and the Middle East, the new report from the United Nations Children’s Fund (UNICEF) surveyed 29 countries and discussed the long-term consequences of both female genital mutilation (FGM) and child marriage.

“What we’re really missing is a coordinated global effort that is commensurate with the scale and the size of the issue.” -- Ann Warner

While the report links the former practice with “prolonged bleeding, infection, infertility and death,” it mentions how the latter can predispose women to domestic violence and dropping out of school.

“The numbers tell us we must accelerate our efforts. And let’s not forget that these numbers represent real lives,” UNICEF Executive Director Anthony Lake said in a statement. “While these are problems of a global scale, the solutions must be local, driven by communities, families and girls themselves to change mindsets and break the cycles that perpetuate [FGM] and child marriage.”

Despite these ongoing problems, Tuesday’s internationally recognised Girl Summit comes as the profile of adolescent girls – and, particularly, FGM – has risen to the top of certain agendas. On Tuesday, British Prime Minister David Cameron announced a legislative change that will now make it a legally enforceable parental responsibility to prevent FGM.

“We’ve reached an all-time high for both political awareness and political will to change the lives of women around the world,” Ann Warner, a senior gender and youth specialist at the International Centre for Research on Women (ICRW), a research institute here, told IPS.

Speaking Tuesday at the Washington summit, Warner added that there has been “a good amount of promising initiatives – initiated by NGOs, government ministers and grassroots from around the world – that have been successful in turning the tide on the issue and changing attitudes, knowledge and practices.”

Advocates around the world can learn from these efforts, Warner said, paying particular attention to the progress India has made in preventing child marriage. Still, she believes that a comprehensive global response is necessary.

“What we’re really missing is a coordinated global effort that is commensurate with the scale and the size of the issue” of FGM and child marriage, she said. “With 14 million girls married each year, a handful of individual projects around the world are simply not enough to make a dent in that problem.”

The need for better coordination and accountability was echoed by Lyric Thompson, co-chair of the Girls Not Brides-USA coalition, a foundation that co-sponsored Tuesday’s Girl Summit here in Washington.

“If we are going to end child marriage in a generation, as the Girl Summit charter challenges us to do, that is going to mean a much more robust effort than what is currently happening,” Thompson told IPS. “A few small programmes, no matter how effective, will not end the practice.”

In particular, Thompson is calling on the United States to take a more active stand against harmful practices that affect women globally, which she adds is consistent with the U.S Violence Against Women Reauthorization Act of 2013

“If America is serious about ending this practice in a generation, this means not just speeches and a handful of [foreign aid] programmes, but also the hard work of ensuring that American diplomats are negotiating with their counterparts in countries where the practice is widespread,” she says.

“It also means being directly involved in difficult U.N. negotiations, including the ones now determining the post-2015 development agenda, to ensure a target on ending child, early and forced marriage is included under a gender equality goal.”

On Tuesday, the U.S. government announced nearly five million dollars to counter child and forced marriage in seven developing countries for this year, while pledging to work on new U.S. legislation on the issue next year. (The U.S. has also released new information on its response to FGM and child marriage.)

“That’s why USAID has put women and girls at the centre of our efforts to answer President Obama’s call to end extreme poverty in two generations. It’s a commitment that reflects a legacy of investment in girls – in their education, in their safety, in their health, and in their potential.”

Of course, civil society actors around the world likely hold the key to changing long-held social views around these contentious issues.

“Federal agencies, in a position to respond to forced marriage cases, must work together and with community and NGO partners to ensure thoughtful and coordinated policy development,” Archi Pyati, director of public oolicy at Tahirih Justice Center, a Washington-based legal advocacy organisation, told IPS.

“Teachers, counsellors, doctors, nurses and others who are in a position to help a girl or woman to avoid a forced marriage or leave one must be informed and ready to respond.”

Pyati points to an awareness-raising campaign around forced marriage that will tour the United States starting in September. In this, social media is also becoming an increasingly important tool for advocacy efforts.

“Technology has brought us a new way to tell our governments and our corporations what matters to us,” Emma Wade, counsellor of the Foreign and Security Policy Group at the British Embassy here, told IPS. “Governments do take notice of what’s trending on Twitter and the like, and corporations are ever-mindful of ways to differentiate themselves … in the search for market share and committed customers.”

Wade noted within her presentation at Tuesday’s summit that individuals can pledge their support for “a future free from FGM and child and forced marriage” via the digital Girl Summit Pledge.

Shelby Quast, policy director of Equality Now, an international human rights organisation based in Nairobi, reiterated the importance of tackling FGM and child marriage across a variety of domains.

“The approach that works best is multi–sectoral… including the law, education, child protection and other elements such as support for FGM survivors and media advocacy strategies,” Quast explained. “We are at a tipping point globally, so let’s keep the momentum up to ensure all girls at risk are protected.”