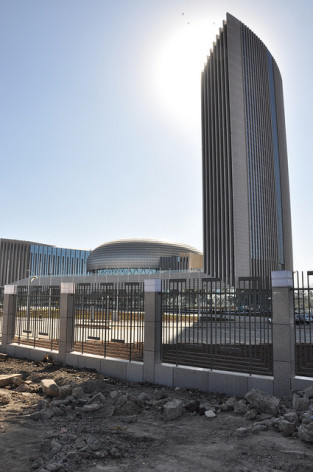 JOHANNESBURG, May 7 2013 (IPS) - As the African Union celebrates its 50th anniversary this year, it is still younger and less integrated than the 56-year-old body that is now the European Union, and, according to politicians and diplomats, has a big advantage over the Europeans as it charts its own path of integration.

Africa can see where Europe has tried to move too far, too fast.  But it can also see where the Europeans have succeeded, as it plans its own path towards greater integration.

“Africa in particular has a need to integrate to take advantage of its massive resource economies of South Africa, Angola, Ethiopia, the Sudans and probably the whole Sahel area – and growing populous economies such as Nigeria and the Democratic Republic of the Congo,” former South African Trade and Industry Minister Alec Erwin told IPS.

Erwin negotiated his country’s trade, cooperation and development accord with Brussels, and has extensive experience in dealing with the EU.

There can be no doubt that the EU is willing to share the lessons it has learnt, and there is a regular dialogue between the European and African Unions.

European Commission President José Manuel Barroso and six of his commissioners travelled to Ethiopia’s capital Addis Ababa from Apr. 25 to 26 to meet their AU counterparts as part of the preparations for the EU-Africa Summit that will be held next year.

While the themes of cooperation and partnership will no doubt ring out, the recent crisis over the Euro, when Greece and some other members needed bailouts to keep their economies afloat, serves to highlight the way integration between sovereign nations can bring pitfalls as well as benefits.

However, while Europe has succeeded in many technical areas, the recent Euro crisis shows how political goals were pursued without the necessary backbone of economic and financial integration.

“The greatest caveat has emerged only recently and it came from the macro and monetary integration process,” Erwin said.

“Despite attempts to force a degree of harmonisation – with the Maastricht Treaty which established the European Union – it became clear that in fact the economies were too disparate in size, efficiency, and economic stability to survive a crisis.”

He said there is a clear lesson for Africa in that there has to be a systematic plan toward economic integration.

“We run the risk of running into problems with trade liberalisation,” he warned.

“Whilst this is important, it can backfire seriously if handled incorrectly. Trade liberalisation requires good trade facilitation between the economies and responsive economies.

“Both of these requirements essentially revolve around affordable and accessible energy, logistics and communications. In addition, there are a host of institutional trade facilitation reforms that have to be made.

“So like the EU at the outset we should be focusing on infrastructure and trade facilitation as key projects.”

Erwin said that in the past, Nigeria, Algeria, Ethiopia, Tanzania and South Africa cooperated more closely, and big progress was made in African development.

“It is this cooperation that is now most glaringly absent,” he said. “It requires diplomacy and tact since no one likes to think that the African world is going to be ruled by its giants.”

EU Ambassador to South Africa Roeland van de Geer told IPS: “If there is anything to be learnt from European integration it is that the road to union is a bumpy one – integration does not take place in isolation, and internal as well as external factors will place obstacles along the path.”

Former South African Ambassador to the EU Professor Eltie Links echoed this message, telling IPS: “My caution to Africa is to not try and emulate the Europeans in every aspect of the integration path.

“We have the benefit of their experience over the last couple of years and especially the last few months in trying to understand fully the way to manage the vast, enlarged EU in all of its spheres.

“These clearly point us to be more cautious in our own need to integrate, especially with regard to the speed and the depth of integration that we as Africans talk so easily about.”

Links said that the levels of development were so different in Europe, let alone in Africa, that talking of lumping countries together in an economic or monetary union without the necessary and thorough preparation would be a grave mistake.

Former South African diplomat John Mare, who served in his country’s Brussels Embassy, suggested that a lot of the more detailed harmonisation of standards and rules, which the EU has undertaken, could serve as a model for Africa.

“The AU has much to learn from the EU in terms of various forms of technical integration – such as getting similar standards for educational qualifications, road signs, environmental standards, food safety standards, infrastructural roll-out and so on,” he told IPS.

“It can learn how to delegate coordinated activities aimed at improved regional integration to sub-regional entities that firstly produce improved results, and secondly cut out duplication.”

However, Links suggested that Africa could learn not just from the practices of the EU, but also from its values.

He said three had stood out during his dealings with Brussels, namely respect for human rights, respect for the rule of law, and good governance, with the latter basically referring to corruption.

“Living in South Africa today these principles of democracy have become very obvious and imperative in our struggle to achieve our full potential as a democracy,” he said.

“Sometimes the source from where the advice comes clouds our willingness to accept it as good for us. We can do a lot more for the people of Africa if we strive diligently towards respecting and practicing these fundamentals in our society.”

Mare suggested that the AU should focus on areas of cooperation which are realistic and which will bring benefits.

“A key lesson is for the AU not to waste too much time on regional topics such as coordinated foreign affairs for the AU, or on a common monetary union – just think of the Euro,” he concluded.