Robert Stefanicki interviews RAMZI KASSEM, associate professor of law at the City University of New York and a lawyer who defends prisoners at Guantanamo Bay.

WARSAW, May 21 2013 (IPS) - For more than 100 days, detainees at American detention facilities at Guantanamo Bay, Cuba, have been on hunger strike, drawing international attention back to the prison that U.S. President Barack Obama vowed during his first presidential campaign to close down. 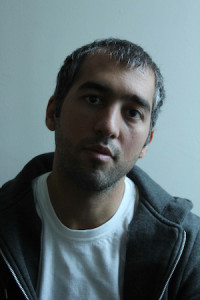 Ramzi Kassem, associate professor of law at the City University of New York, is one of the lawyers who voluntarily defend prisoners of the “war on terror” being held at Guantanamo Bay. He currently represents seven detainees of various nationalities at Guantanamo and one at Bagram Air Base, Afghanistan.

The facility was established in January 2002 by the administration of former U.S. President George W. Bush to hold alleged enemies in the so-called global war on terror.

As pressure from the strike grew, Obama said on Apr. 30 that he would try again to close Guantanamo, despite persistent congressional opposition. “I think it is critical for us to understand that Guantanamo is not necessary to keep America safe,” the president said. “It is expensive. It is inefficient. It hurts us in terms of our international standing.”

In an interview with IPS correspondent Robert Stefanicki, Kassem described the brutal manner in which detainees are force-fed, the legal situation of the prisoners, and how the experience has been unique for him.

Q: What is the current scope of the hunger strike?

A: I was at Guantanamo on Feb. 6 this year, and on that day my client told me that the hunger strike had begun. Now even the U.S. government admits that more than 100 prisoners out of 166 are protesting.

Q: Why are they protesting?

A: My client Moaz al-Alawi told me he is refusing food and drink to protest his indefinite imprisonment without charge and without fair process. This is the only way for prisoners to exercise their autonomy and dignity.

Those people were taken from their families over a decade ago. Very few have been tried or charged. Over half of Guantanamo’s current population has been approved for release by various U.S. security agencies: the CIA, FBI, and the Department of Defence.

Yet they are still in prison. One of my clients, Shaker Aamer, was cleared for release by the Bush and Obama administrations, and the UK government has been demanding his freedom for years, but he is still there, now on hunger strike.

Q: Do the prisoners have concrete demands?

A: The prisoners want Barack Obama to deliver on his promise to close the prison and send them home. Until the government takes some concrete steps in that direction, I think the hunger strike will continue. It may stop when some people are released, beginning with those cleared for release long ago.

Q: What are U.S. authorities doing to stop the protest?

A: Several prisoners are being force-fed. Force-feeding someone against his or her will is a violation of medical ethics and international law. Other prisoners in Guantanamo refuse food from their captors but accept feeding; they protest by making the U.S. military feed them by tube.

Although it is legal to feed those men, it is still illegal to do it in such a brutal way – sending five guards to take the prisoner violently, beat him up, restrain him in a chair, and tie down his arms, legs and head, so he cannot move. Then they put the tube through his nose down to the stomach. No anesthetic or lubricant.

Q: Do your clients claim innocence?

A: The fundamental concept in any legal system is that one is innocent until proven guilty. In this case you have people who have not even been charged.

At its peak, Guantanamo had 800 inmates. Now it has 166. The majority was released unilaterally by the U.S. government, not by court order.

I’ve seen several cases where the evidence did not support the accusation. When those cases were moved forward to trial level, federal judges ruled in favour of the prisoners in over 75 percent of the cases.

I am not saying that there aren’t any criminals at Guantanamo. If they are suspected criminals, they should be charged in a court of law that recognises the basic principles of fair process: presumption of innocence, no secret evidence, reliable evidence not extracted under torture.

Some families of my clients told me, “If my son or my husband did anything wrong, charge him. If he is convicted by a fair court, we would not have any objections. If you are not going to charge him, then release him.”

Q: Why is the U.S. government reluctant to bring Guantanamo detainees to court?

A: The U.S. government is reluctant because if you have torture, the case does not fly in court. All the prisoners of Guantanamo have been tortured one way or another.

Q: Are the concerns that released prisoners could return to terrorist activities justified?

A: When we say “return”, we assume that they were there. There is no proof of that. Also, there is no empirical evidence for the concern that they may engage in something wrong after release.

Even if you believe in U.S. government numbers – and I don’t – 77 percent of prisoners from Guantanamo have gone back to normal peaceful life.

Q: How is working at Guantanamo unique for a lawyer?

A: First, we have to fight for access to our clients. Then we stumble over numerous other restrictions: requirements of being a U.S. citizen, security clearance by the FBI, traveling to Cuba to meet the client.

In a normal criminal case, when given a report that the government wants to use against my client, first I would review this report with him. In Guantanamo such a report is classified, not to be shared with the client, so I have to develop the defence on my own—a big handicap.

Q: Were you surprised by recent revelations that authorities in Guantanamo listen to the conversations between prisoners and their lawyers?

A: For us it was confirmation, not a revelation. In 2005, when I first met with my clients in Guantanamo, I did not believe them when they said conversations were being recorded. But now I know my clients have always been right.

The prosecution at the military commission admitted that smoke detectors are in fact cameras and microphones. The government may not use these recordings in court against my clients, but the intelligence services are using them for whatever purposes they want.

Q: Do the lawyers at Guantanamo feel helpless?

A: We try to change the situation as much as we can. Our role is not necessarily to win in court. We have to amplify the voices of our clients to ensure they are heard by the media, NGOs and the public.

News from Guantanamo pressured the U.S. government to release prisoners. I hope this time pressure from the hunger strike will bring real change: closing Guantanamo, a place that has no right to exist.