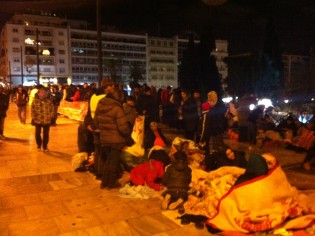 By Peter Richards
For 21 days Wayne Kublalsingh sat in the scorching sun outside the office of Prime Minister Kamla Persad Bissessar. He sat in support of his belief that constructing a highway in southern Trinidad would damage the environment and affect hundreds of lives in the surrounding area.

By Pierre Klochendler
JERUSALEM, Feb. 19, 2012 (IPS) – On the day Israel released some 550 Palestinian prisoners in the second half of a swap for Israeli soldier Gilad Shalit who had been held for five-and-a-half years by Hamas in Gaza, an Islamic Jihad activist started an agonising hunger strike.
ADVERTISEMENT ADVERTISEMENT