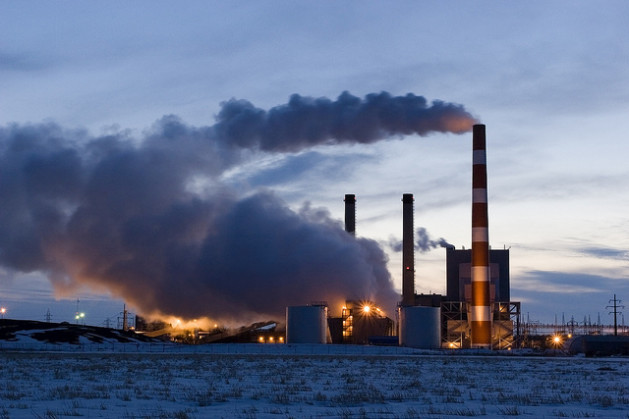 The European Union Commissioner for Climate Action, has called for the European Investment Bank, the largest institutional bank in the world, to take a leading role in eliminating public support for fossil fuels. Pictured here is the Canadian Brandon Generating Station is a subbituminous coal- and natural gas-fired station. Credit: Bigstock

BRUSSELS, Jul 14 2013 (IPS) - The European Investment Bank, the largest institutional bank in the world, is facing criticism for its funding of fossil fuel projects and for weaker standards for lending to coal plants than currently proposed in both the U.S. and Canada.

The EIB now promotes clean energy more – but fossil fuels still constitute a great part of the bank’s energy portfolio. The bank lends more to the energy sector than to any other except transport.

Connie Hedegaard, the European Union Commissioner for Climate Action, has called for EIB to take a leading role in eliminating public support for fossil fuels. As a public bank, the EIB’s financial operations are guaranteed by European taxpayers’ money.

With lending greater than that of the World Bank – 52 billion euros in 2012 compared to the World Bank’s 40 billion euros for last year – EIB engages in investment projects in some 160 non-EU countries throughout the world, beside the lending it provides within the EU. EIB’s total assets in 2012 reached 508 billion euros, making the bank the largest multilateral financier.

The EIB announcement of a review of its lending policy in late June drew criticism from climate activists as running counter to the EU’s climate and energy policies. Critics claim that the bank’s continual funding of coal projects is not compatible with the EU’s low-carbon future.

The draft policy does tighten the lending conditions for all types of fossil fuel projects, but the restrictions proposed (500gCO2/kWh) on emission standards on coal power plants financed by the bank are weaker compared to what is proposed in the U.S. (440gCO2/kWh) and currently in place in Canada (420gCO2/kWh).

Climate activists warn that exceptions included in the draft policy could mean that all forms of energy production could be eligible for EIB financing in cases where a plant contributes to the security of supply, economic development or poverty alleviation.

The bank spends billions of euros every year on energy projects that have a big impact on the climate. In 2009-2010 the bank’s lending to fossil fuel projects was more than a quarter of the overall energy lending, according to EIB figures. In 2010, 18 billion euros of EIB lending was devoted to the energy sector.

“EIB is a long-time lender, and lends money where it is most needed,” president of the bank Werner Hower said at a meeting in Brussels earlier this week.

Berber Verpoest, advocacy coordinator at Counter Balance points out that EIB invested 190 million euros in a new Ford factory in Turkey in 2012 and granted a loan of 500 million euros to the Brazilian Development Bank (BNDES) in 2011.

“The Climate Change Framework Loan in Brazil illustrates the absurdity and lack of a clear selection criteria for the EIB,” he told IPS.

Bankwatch reported in December last year that EIB granted the loan to the car giant for the company’s relocation of production to Turkey not long after Ford Europe announced a shutdown of its production sites in Genk in Belgium and in Southampton in England.

Under the headline “Half a billion of European public money well spent in Brazil?” Counter Balance question the investment where money intended for projects to stop climate change was granted as a loan to BNDES, a bank condemned by Brazilian civil society organisations such as the environmental law organisation Aida for lacking socio-environmental perspectives in its lending.

Hower said during the meeting in Brussels this week that the bank’s investments could and should be reviewed.

“We are developing our new energy policies now, one of the most touchy issues you can talk about. But we are doing it in a dialogue and open oriented process with the NGOs.

“Before the board of directors will address the issue in the end of July we will have a four-week dialogue mechanism with NGOs and civil society going on. EIB needs public scrutiny and supervision and it is necessary that we have NGOs who are having a very close look at what we are doing.”