Dr. Bradnee Chambers, executive secretary of the United Nations Convention on the Conservation of Migratory Species of Wild Animals, writes in this column that calls for sharks to be hunted down and killed have sparked a debate with conservationists. 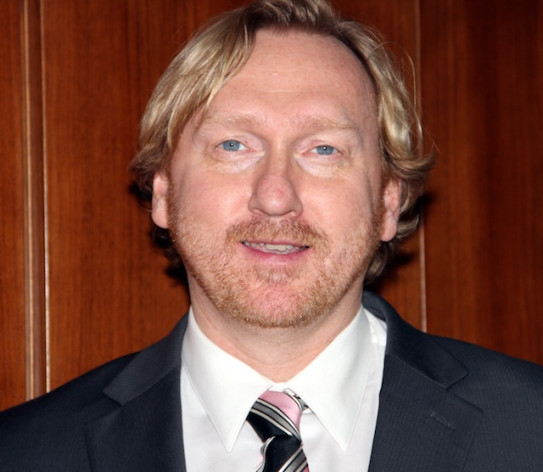 BONN, Germany, Sep 4 2013 (IPS) - Recent fatal attacks off Réunion have re-ignited demands for sharks to be hunted. But when it comes to humans and sharks, who is predator and who is prey? And what lessons need to be learned when people venture into environments where they are exposed to dangers posed by wildlife?

The Indian Ocean French island of Réunion might seem to offer in a tropical idyll to its 800,000 inhabitants. Appearances, however, can sometimes deceive.

Admittedly wealthier than its neighbours, Réunion has barely half the per capita GDP of France. Sugar production long dominated the local economy, but a flourishing tourism sector attracted 400,000 visitors annually.

The tropical paradise has been severely troubled with five deadly encounters with sharks since 2011 – the most recent on Jul. 15 involved a French teenager who was killed by a bull shark. The Prefect has now banned swimming and surfing, except in a number of shallower lagoons, and authorised the killing of 90 bull and tiger sharks.

Understandably these tragic – but rare – incidents make the headlines, but accidents happen when people enter the territory of dangerous animals ready and able to defend themselves.

To put the 10 to 15 fatal shark attacks each year worldwide into perspective: over the same period, 50 people die as a result of jelly fish stings, while mosquito-borne diseases account for 800,000 deaths. Australia, which leads the international ranking for shark attacks, warns people to consider the ocean like the outback and has developed codes of good practice.

There are over a thousand species of shark, three of which – the great white, tiger and bull sharks – account for the vast majority of attacks on people. Bull Sharks, known for their ferocity in defending their territory, frequent shallow, murky waters. The formidable-looking whale and basking sharks are gentle, plankton-eating giants.

The International Union for Conservation of Nature Red List (of Threatened Species) categorises 17 percent of shark species as endangered, which leads to a rather surprising fact about most human-shark interactions – it is far more likely that the shark will come off worse.

Earlier this year the media reported that the annual take of sharks both in targeted fisheries and bycatch exceeded 100,000,000. Another story circulating was that shark fins are used in a soup considered a delicacy to be served at wedding feasts and other special occasions across Asia.

There was public outrage when it was learned that the sharks’ mutilated torsos are thrown overboard and the fish left to die a lingering death. Many governments and the European Union responded by banning “finning”, insisting that sharks be landed with their fins still attached.

Local factors are contributing to events in Réunion.

Overfishing has reduced the sharks’ natural prey forcing them to move towards the shore for food, increasing the likelihood of contact with people. Ciguatera, a marine toxin that causes food poisoning in humans accumulates in sharks as “apex predators”, has brought shark fishing to an abrupt halt – research into this is a more defensible justification for authorising the killing of sharks.

An aquafarm might also have affected the sharks’ behaviour, and surfers have been going into the sea despite warning flags and “no bathing” signs. Locals claim that the protected area attracts sharks making the beaches and surfing more dangerous.

Calls for the man-eater to be hunted down and killed have sparked a debate with conservationists and given rise to a flurry of injunctions, appeals and judicial reviews.  Some undesirable consequences to the health of ecosystems might arise from culling the sharks: with the top predator removed, other species lower down the food chain such as jellyfish would multiply.

Sharks help maintain healthy populations of the species that share their habitat by eliminating weak and sick animals and by providing food for scavenging species.  Apart from their ecological role, sharks can bring huge economic benefits – each reef shark can contribute almost two million dollars in its lifetime to the economy of Palau, where shark diving brings in 18 million dollars per annum (eight percent of the Pacific island’s GDP).

At the recent conference on the international treaty regulating the trade in wildlife governments agreed to protect several shark species – requiring evidence that the take is non-detrimental. This followed the decisions taken by the Convention on Migratory Species (CMS), to add further shark and ray species to its appendices, affording them greater protection.

CMS has also initiated a global shark agreement, which already has 26 nations as members. This agreement will seek to develop policies that ensure the survival of shark populations for the benefit of the animals and the people whose livelihoods and environment – sometimes unbeknownst to them – depend on the presence of the much-maligned fish.

*Dr. Bradnee Chambers is executive secretary of the United Nations Convention on the Conservation of Migratory Species of Wild Animals.