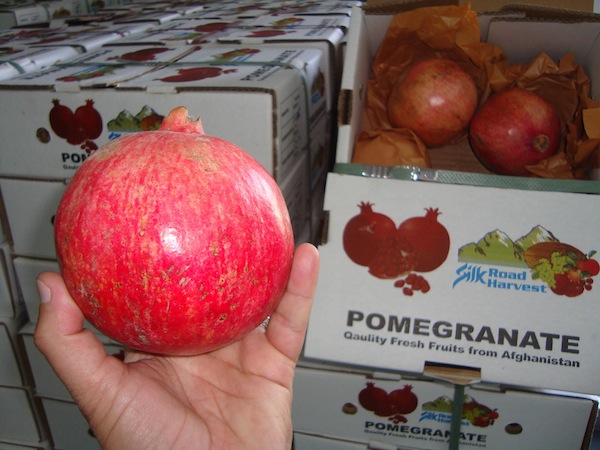 ROME, Oct 16 2013 (IPS) - When it launched in 2007, the FAO programme known as Food Security through Commercialisation of Agriculture (FSCA) tried to adopt an approach that differed from on-going efforts to achieve food security, which focused primarily on food production.

FSCA turned instead to the commercialisation of small farmers’ products, a step that was perceived as a gap in the food security circle.  FAO and the Italian Development Cooperation, which is FSCA’s main donor, examine what the programme has achieved.

"If we want to defeat hunger, increasing production is not enough to cope with the challenges of a globalised food market."
-- Maria Helena Semedo

“If we want to defeat hunger, increasing production is not enough to cope with the challenges of a globalised food market,” Maria Helena Semedo, deputy director-general at FAO (Food and Agriculture Organization of the United Nations), pointed out on Oct. 14 at the FSCA side event during Food Week at FAO headquarters in Rome.

The underlying idea of FSCA is to focus on small-scale production and improve market access for farming households. The approach is to work on what’s called the value chain, a system which, from training, irrigation, and food processing technology to improved packaging and marketing, allows small farmers to obtain better prices for their crops in local, national and even international markets.

“The value chain approach makes this programme successful,” said Giampaolo Cantini, director-general of Italian Development Cooperation. Over the years, Italy has contributed 100 million dollars to a trust fund for food security, with half of that sum going to the FSCA.

“We are discussing…future funding” with FAO, Cantini told IPS. “What is granted is that Italy will remain committed to small farmers’ support and will take this issue also in the agenda of her six months of European Union presidency, in the second half of 2014” in an effort to keep the issue alive.

In each of the four regions involved in FSCA – Central America, East Africa, West Africa and the Caribbean – countries adapted the programme to their needs.

Mousa Djagoudi, from FAO’s subregional office for West Africa, explained in his speech at the side event that in Sierra Leone, money has been used to build 30 agribusiness centres (ABC) to improve food quality and reduce food losses, in some cases by 40 percent.

“The programme improved technology transfer to small farmers, and it changed their approach to agriculture,” said Djagoudi. “Today they understand that farming is business.” Farmers’ communities and organisations were involved in the entire process, from business planning to marketing, he recalled.

Winston Magloire, senior technical officer of the ministry of agriculture and forestry, told IPS that thanks to the programme, “small producers were able to compete with big players of the market” and match consumers’ requests for quality – an important step given that “improved quality can be a first step to overcome safety restrictions on richer markets,” Magloire explained.

With exporting to markets in richer parts of the world a goal for some local producers, in the Great Lakes region in Africa, the emphasis was on cross-border projects and local demands, at least for some products.

Bright Rwamirama, agriculture minister in Uganda, explained that regionally, in Uganda, Rwanda, Burundi and the Democratic Republic of the Congo, more than 15,000 rural households had directly benefited from FSCA projects.

Some projects were designed for local markets, such as honey, which “matched an untapped local demand.” Others, like pineapple and mango, went international when a private fruit company purchased them.

In Central America, FSCA has been the core of the programme Agrocadenas Alimentarias, implemented by the El Salvador’s ministry of agriculture.

According to Jorge Alberto Salina Rodrìguez, director of the planning and public policy office, over 600 local producers were involved in the programme, which helped reduce food losses “from 20 percent of the yields to around 8 percent”, while producers of jocote and loroco (local vegetable crops) saw their income increase by 50 percent. Plantain producers improved their share of the final price by 80 percent.

But Edwin Cortez, from the directors’ board of the Salvadorean FUNPROCOOP, a farmers’ cooperative organisation belonging to La Via Campesina, has a different, broader assessment.

He told IPS, “This programme has been positive because it reduced a bit the state of neglect experienced by small farmers, but it is not enough to address structural causes of rural poverty”.

Although Cortez acknowledged that maize and bean seeds were distributed among small farmers, “breaking away from the [political patronage] pattern of the past” and challenging big business, he pointed out that “these steps were isolated from a strategic perspective of soil preservation and encouraged use of chemicals instead of greener methods of soil management.”

Furthermore, “measures to increase added value chains, technology inputs and marketing were very weak and their impact on the sector almost insignificant,” he added Nevertheless, in a country where rural production has been falling for years anyway, Cortez concluded, “any little effort is welcome.”