WTO: Stingy with the Poor, Generous with the Rich

In this column Martin Khor, the executive director of the South Centre, writes about how the WTO’s agriculture rules favour rich countries while punishing developing countries.

GENEVA, Oct 1 2013 (IPS) - A fight taking place in the World Trade Organisation (WTO) negotiations towards the Bali Ministerial Conference shows how the rules on agriculture allow developed countries to continue to shell out huge subsidies while penalising farmers in developing countries.

Food security is one of the key issues now being negotiated at the WTO as part of its preparations for the Bali Conference in December. For developing countries, food security and the livelihood and incomes of small farmers are top priorities.

Against this background, there is a remarkable discussion now taking place at the WTO as part of the preparations for Bali. Developing countries grouped under the G33 are asking that their governments be allowed to buy food from their small farmers and stock the food without this being limited by the WTO’s rules on agricultural subsidies. Some governments plan to provide food to poor households free or at subsidised rates. 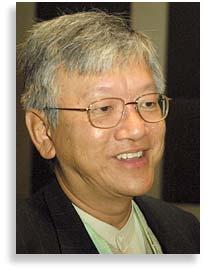 However their proposal is facing resistance, mainly from some major developed countries, especially the United States, whose official position is that such a move would “create a massive new loophole for potentially unlimited trade-distorting subsidies”.

This clash is an outstanding example of how the agriculture rules of the WTO favour rich countries while punishing developing countries, including their poorest people.

It is well known that the greatest distortions in the trading system lie in agriculture. This is because the rich countries asked for and obtained a waiver in the 1950s from the liberalisation rules of the General Agreement on Tariffs and Trade (GATT), the predecessor of the WTO.

They were allowed to give huge subsidies to their farm owners, and to have very high tariffs. This was at the expense of developing countries, which have a comparative advantage in agriculture.

When the WTO was set up, it had a new agriculture agreement that basically allowed this strong farm protection to continue. The rich countries were obliged only to reduce their “trade-distorting subsidies” by 20 percent but could change the nature of their subsidies and put them into a “Green Box” containing subsidies that are termed “non trade-distorting or minimally trade-distorting”.

With this shifting around, the rich world’s agricultural subsidies have been maintained, or have actually soared. For instance, WTO data show that total domestic support in the U.S. grew from 61 billion dollars in 1995 to 130 billion dollars in 2010.

A broader measure of farm protection, known as total support estimate, which is used by the Organisation for Economic Co-operation and Development, shows that the agriculture subsidies of the developed country members climbed from 350 billion dollars in 1996 to 406 billion dollars in 2011.

The effects of continuing developed-country subsidies have been devastating to developing countries. Food products selling at below production costs are still flooding into the poorer countries, often eating into small farmers’ incomes and livelihoods. Ironically most developing countries are in a situation where they are not allowed to have the same huge subsidies.

The reason is that the agriculture rules say that all countries have to cut their trade-distorting subsidies. So if a developing country has not granted subsidies before, it is not allowed to give any, except for a small minimal amount (10 percent of total production value) known as “de minimis” support. Most developing countries had no, or few, subsidies when they joined the WTO due to lack of funds.

This is where the present WTO controversy comes in. The developing countries under the G33 are asking that food bought from poor farmers and stocked by the government should be considered part of the Green Box without conditions.

The present rule sets an unfair condition. Even if governmental stockholding programmes for food security purposes in developing countries are placed under the Green Box, there is a provision that the ‘subsidy’ element in such a national purchase scheme should be accounted for in the country’s AMS (aggregate measure of
support), which is the main category of subsidies considered to be trade-distorting, and which for most developing countries is limited to de minimis amount.

Other Green Box subsidies, including those that developed countries mostly use, do not carry such a condition.

The unfairness of this condition is worsened by the way the subsidy element is calculated in the Agriculture Agreement, as the difference between the acquisition price and the external reference price.

The problem is that the acquisition price is the current price level, while the ‘external reference price’ is defined as the average world price level in 1986-1988 (during a period when the Uruguay Round that led to the WTO was being negotiated).

Since 1986-1988, global and local prices of food items have increased tremendously. The 1986-1988 price is thus obsolete and much too low to be used to determine whether a developing-country government is subsidising its farmers.

Countries that are in danger of exceeding its AMS or de minimis maximum level include India. Its parliament has just passed a food bill that entitles the poor (two-thirds of the population) to obtain food from a government scheme that buys the food from small farmers.

But the estimated 20 billion dollars the government will spend annually may exceed the allowed AMS and de minimis levels, because India was not a big subsidiser before the WTO rules came into force.

Other developing countries that provide subsidies to their farmers and consumers, such as China, Indonesia and Thailand, may also one day find themselves the targets of complaints.

For rich countries that are paying a total of 407 billion dollars a year in subsidies to disallow poor countries from subsidising their small farmers is really an especially bad form of discrimination and hypocrisy.

Whether this controversy can be settled fairly before the WTO’s Bali Ministerial Conference remains to be seen.
(END/COPYRIGHT IPS)