In the wake of the recent presidential elections in Egypt, Baher Kamal takes a look at some of the underreported facts about the situation of the country 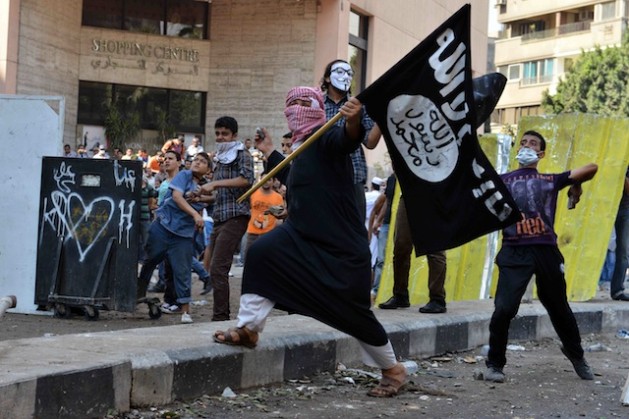 CAIRO, Jun 2 2014 (IPS) - Unconsciously or not, most mainstream media and foreign correspondents here have been echoing Muslim Brotherhood voices by depicting Egypt’s new president, Abdel Fattah Al Sisi, as the general who led the July 2013 “military coup” against the “legitimately elected” Islamist leader Mohamed Morsi.
In doing so, they omit some key facts:

– that over 30 million Egyptians took to the streets exactly a year ago to press for the “impeachment” of Morsi. Morsi was elected by slightly more than 13 million voters. The Egyptian Constitution clearly states that sovereignty resides in the people.

– that Morsi’s rival in 2012 presidential elections was general Ahmad Shafik, a senior commander in the Egyptian Air Force who later served as Prime Minister from 31 January 2011 to 3 March 2011. Shafik was considered as former President Hosni Mubarak’s strong man.

– that the vast majority of political parties, including the Islamic radical Salafi Party Al Nour, and the former Vice-President responsible for International Relations, former head of the International Atomic Energy Agency (IAEA) and Nobel laureate Mohamed ElBaradei, had held several meetings with the by then Defence Minister Al Sisi to agree on immediate action aimed at the impeachment of Morsi.

“Regardless of who has now become the fifth top leader of Egypt in slightly more than three years, Egyptian citizens appear to have little hopes that their harsh daily living conditions will be alleviated”

The call for the impeachment of Morsi was motivated by widespread popular frustration: put simply, 13 million Egyptians elected Morsi in May 2012 as the representative of “charitable men of faith” – the Muslim Brotherhood – who would rescue millions of people from poverty, but who instead transformed his position into a platform for a systematic “Islamisation” of all state institutions while neglecting the pressing needs of the Egyptian population.

Another often neglected fact is that in Egypt there is much more than generals and “troglodytes” – as a number of local political analysts often call the Muslim Brotherhood, which has been banned for most of the time since it was created in 1928.

Field Marshal Abdel Fattah Al Sisi won the three-day presidential elections (May 26-28) with a majority close to 97 percent. His rival, socialist Hamedin Sabbahi, obtained a mere 3 percent of the vote.

However, and regardless of who has now become the fifth top leader of Egypt in slightly more than three years, Egyptian citizens appear to have little hopes that their harsh daily living conditions will be alleviated any time soon, or even in the medium term.

The five men who have led Egypt in the last three years are: Hosni Mubarak who was ousted in February 2011; Field Marshal Mohamed Al-Tantawi, who ruled as chair of the Supreme Military Council between February 2011 and June 2012; Muslim Brotherhood’s Mohamed Morsi, who took office in June 2012 and was deposed in July 2013; provisional president Adly Mansour (July 2013-June 2014); and now the elected Al Sisi.

The widespread scepticism among Egyptian citizens is based on their own experience, which shows that none of the previous four mandatories and half a dozen of governments they have had since they launched their massive popular revolution in January 2011 has been able to deal with their urgent needs.

Moreover, the two candidates to Egyptian presidency in May this year delivered big promises that ordinary people doubted they could ever deliver. In this, both of them behaved in a “business as usual” manner, just like in most Western electoral campaigns.

Therefore, and again regardless of who won and now takes office, and independently of the outcome of the summer/autumn parliamentary elections, the daily life of most of Egypt’s 94 million people is anything but easy.

Some facts help put the situation in perspective:

– Nearly 40 percent of Egyptians live in poverty or extreme poverty.

– Unemployment has jumped to over 13 percent, according to official mid -2013 data, with more than 3.2 million Egyptians now out of the job market, compared with 2.5 million in the same period in 2010. Egypt’s economically active population amounts to 23.7 million workers.

– Egypt’s foreign currency reserves were estimated in mid-2013 at some 19 billion dollars, compared with 33 billion in January 2011, and national currency rates have fallen by about 20 percent, implying a growing devaluation of the national currency – the Egyptian pound.

– Inflation has been steadily increasing by a monthly average close to 1 percent, with an annual rate estimated at more than 11.5 percent.

– Slum inhabitants are estimated at more than six million Egyptians, with garbage collection and drug trafficking among their major sources of income.

– The Sinai peninsula has become a “nerve centre” of terrorism, with militants and mercenaries, both Egyptians and foreigners, reportedly armed with weapons provided by the Hamas Islamic movement in Gaza, Libyan arms traffickers and Turkish organisations, according to the findings of the Egyptian judiciary system. Most terrorist organisations active in both Sinai and other regions are believed to be linked to Al Qaeda.

All this is compounded by a number of features of the daily lives of Egyptians – hundreds of civilians have been victims of terrorist attacks, brutal killings and explosions, university students have been abducted and young women have been raped.

Since its president Morsi was ousted on July 3 last year, the Muslim Brotherhood has launched a systematic series of attacks everywhere in Egypt, according to national security services.

Related terrorist organisations, such as Beit Al Maqdas and Ajnad Misr, have been perpetrating violent, deadly operations against both civilians and military forces.

Meanwhile, former influential figures of Mubarak’s regime (which ruled Egypt from October 1981-to February 2011) have systematically taken their fortunes abroad, and are said to have funded professional criminals to destabilise the country with the hope that major chaos will return them to power.

The first wave of massive popular revolution in January 2011, which ousted Mubarak, paved the way for dozens and dozens of opposition newspapers and tens of national and satellite TV networks.

With the exception of just a half a dozen of them, most of them have fallen into gossip-oriented practices, often with improvised commentators, all leading to a deeper, insane public opinion confusion.

Parallel to all these national hurdles, Egypt also faces huge challenges abroad. One of these is the risk that vital water supplies will dramatically decrease due to Ethiopia’s ‘Grand Renaissance’ dam, currently under construction on the Blue Nile. Some Egyptian experts have already started warning against the risk of a “dangerous water hunger” one decade from now.

Another challenge is represented by the unlimited funds reportedly provided by Qatar to Egypt’s Muslim Brotherhood, which has resulted in the freezing of relations between the two countries.

This also led three Gulf countries – Bahrain, Saudi Arabia and United Arab Emirates – to withdraw their ambassadors in Qatar on March 5, 2014, due to what they consider as flagrant intrusion in the internal affairs of another Arab state.