In this column, Chakravarthi Raghavan, renowned journalist and long-time observer of multilateral negotiations, analyses agreements to liberalise world trade since the Second World War up the recent Bali conference, and concludes that the Northern powers have always imposed their own interests to the detriment of Third World countries and their development aspirations.

GENEVA, Jul 22 2014 (IPS) - The world of today is considerably different from the one at the end of the Second World War; there are no more any colonies, though there are still some ‘dependent’ territories.

In the 1950s and 1960s, as the decolonisation process unfolded, in most of the newly independent countries leaders emerged who had simply fought against foreign rule, without much thought on their post-independence economic and social objectives and policies.

Some naively thought that with political independence and power, economic well-being would be automatic. 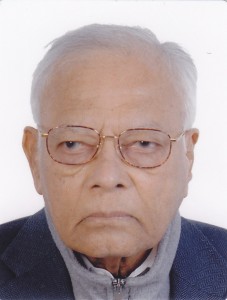 By the late 1950s, the former colonies, and those early leaders within them who yearned for better conditions for their peoples, realised that something more than political independence was needed, and began looking at the international economic environment, organisations and institutions.

In the immediate post-war years, the focus of efforts to fashion new international economic institutions (arising out of U.S.-U.K. wartime commercial policy agreements) was on international moves for reconstruction and development in war-ravaged Europe.

As a result, in the sectors of money and finance, the Bretton Woods institutions [the International Monetary Fund (IMF) and the International Bank for Reconstruction and Development (IBRD) or World Bank], were established – even ahead of agreeing on the United Nations Charter and its principle of sovereign equality of states (one nation, one vote in U.N. bodies) – on the basis of the ‘one-dollar one-vote’ principle.

“Within the Bretton Woods institutions, there was no direct focus on promoting ‘development’ of the former colonies; what little happened was at best a side-effect of the lending policies of these institutions and the few crumbs that fell off the table here and there, often to further Cold War interests”

In pursuing their wartime commercial policy agreements, the United Kingdom and the United States submitted proposals in 1946 to the U.N. Economic and Social Council (ECOSOC) for the establishment of an international trade body, an International Trade Organization (ITO).

ECOSOC convened the U.N. Conference on Trade and Employment to consider the proposals; the Preparatory Committee for the Conference drafted a Charter for the trade body, and it was discussed and approved in 1948 at a U.N. conference in Havana.

Pending ratification of the Havana Charter, the commercial policy chapter of the planned international trade body was fashioned into the General Agreement on Tariffs and Trade (GATT) and brought into being through the protocol of provisional application, as a multilateral executive agreement to govern trade relations, i.e., governments agreeing to implement their commitments to reduce trade barriers and resume pre-war trading relations through executive actions subject to their domestic laws.

At Havana, during the negotiations on the Charter, Brazil and India had expressed their dissatisfaction, but had reluctantly agreed to the outcome and the provisional GATT.

The U.S. Senate, as a result of corporate lobbying, was however unwilling to allow the United States to be subject to the disciplines of the Havana Charter and did not consent to an ITO Charter; the result was that the provisional GATT remained provisional for 47 years, until the Marrakesh Treaty which brought the World Trade Organization (WTO) into being in 1995.

Within the Bretton Woods institutions, there was no direct focus on promoting “development” of the former colonies; what little happened was at best a side-effect of the lending policies of these institutions and the few crumbs that fell off the table here and there, often to further Cold War interests.

From about the early 1950s, to the extent that it provided any reconstruction and development loans to the developing world, the IBRD acted in the interests of the United States, its largest single shareholder, and favoured the private sector.

For example, early Indian efforts to obtain IBRD loans for the public sector to set up core industries like steel, which needed large infusions of equity capital that the Indian private sector was in no position to provide, were turned down, based purely on the ideological dogma of private-vs-public-enterprise.

It was only much later that a separate window, the International Development Association (IDA), was created at the World Bank to provide soft loans (with low interest and long repayment periods) to low-income countries.

But the IDA did not function as professed and did not provide loans to set up industries or promote development in poorer countries; in actual practice it acted to advance the interests of the developed countries in the Third World.

IDA loans came with conditionalities to promote structural adjustment programmes, such as unilateral trade liberalisation, resulting in deindustrialisation of the poorer African countries. Even worse, IDA loans came with additional conditionalities to cater to the fads and fashions of the day and the concerns of Northern, in particular Washington-based, civil society.

The IDA “donor countries” dominated its governance and used their clout there to sway IDA lending – initially, the IDA obtained funds from the United States and other developed countries, and there were two or three substantial replenishments thereafter.

Subsequently, the funds from loan repayments and the profits of the World Bank (earned by lending at market rates to developing countries) were used to fund IDA, with small new contributions from the “donors” at every replenishment.

Though developing countries borrowing from the IBRD at market rates thus turned out to be the funders of the IDA, they had no voice in IDA governance, and the developed countries, with very little new money, have maintained control over the IDA and IBRD policies, to promote their own policies and the interests of their corporations in developing countries.

On the trade front, in successive rounds of negotiations at the GATT, the group of major developed countries (the United States, Canada, Europe, and later Japan) negotiated among themselves the exchange of tariff concessions, but paid little attention to the developing countries and their requests for tariff reduction in areas of export interest to them.

The only crumbs that fell their way were the result of the multilateralisation of the bilateral concessions exchanged in the rounds, through the application of the “Most Favoured Nation” (MFN) principle. From the Dillon Round on (through the Kennedy and Tokyo Rounds), each saw new discriminatory arrangements against the Third World and its exports.

In the Uruguay Round (1986-94), culminating in the Marrakesh Treaty, the developing countries undertook onerous advance commitments in goods trade, and in new areas such as ‘services’ trade and in intellectual property protection, on the promise of commitment of developed countries to undertake a major reform of their subsidised trade in agriculture and other areas of export interest to developing countries.

These remain in the area of promises while, after the 2013 December  Bali Ministerial Conference, the United States, Europe and the WTO leadership are attempting to put aside as ‘out of date’, all past commitments, while pursuing the ‘trade facilitation’ agreement, involving no concessions from them, but resulting in the equivalent of a 10 percent tariff cut by developing countries.

In much of Africa, this will complete the “deindustrialisation process” and ensure that the Third World will remain “hewers of wood and drawers of water”.  (END/IPS COLUMNIST SERVICE)

* This text is based on Chakravarthi Raghavan’s recently published book, ‘The THIRD WORLD in the Third Millennium CE’.