NEW YORK, Aug 6 2014 (IPS) - The Trans-Pacific Partnership (TPP) negotiations have been hitting headlines recently, but not for all the right reasons.

The media provides an incomplete picture of its implications, focusing mainly on its process and pre-occupations of the main parties to the negotiations. These negotiations, including the most recent meetings that took place in Ottawa, Canada, in July 2014, have been criticised by Canadian and international media for being veiled in secrecy.

It is important that these negotiations do not create systems which are exclusionary, fragmenting and adversely affecting overall economic opportunities.

There have been, however, leaks and statements which show the broad contours of the ongoing talks covering the large number of subject areas which aim to develop a “21st century” trade and investment regime.

There is little attention, if any, to the adverse market conditions that the TPP will generate, for countries not part of these negotiations; countries which are significantly contributing to the prosperity of those who are negotiating TPP.

The TPP nations together account for about one-third of world trade and foreign direct investment. Thus, there is a larger interconnected world outside the coverage of TPP which is economically crucial for all concerned. It is important that these negotiations do not create systems which are exclusionary, fragmenting and adversely affecting overall economic opportunities.

Today’s trade negotiations focus significantly on issues commonly referred to as non-tariff barriers. These include standards which specify requirements for products to be sold in specific markets.

These standards could have a larger general impact, such as environment or social standards, or have product-specific effects such as specifications for cars, electric gadgets, textiles and clothing, fruits, etc. The focus of TPP negotiations suggests that there is a strong possibility for markets and economic opportunities to get fragmented.

That would create major difficulties for all. This can be prevented through specific steps to create inclusive systems, which are essential in our increasingly inter-dependent world.

In the next five to seven years, the rapid growth of middle class in regions outside the TPP and global links between trade and sustainable development could create significant potential conflicts without inclusive systems. 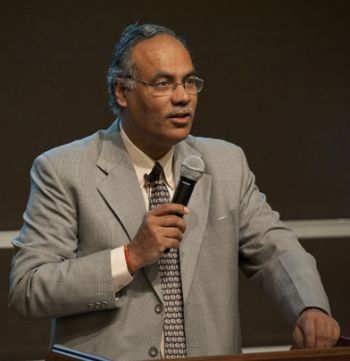 Just recently, I was in Beijing, China for a workshop that discussed the Implications of TPP for China and India in detail. At the event, co-organised by the International Institute for Sustainable Development (IISD), the International Centre for Trade and Sustainable Development (ICTSD) and the China Society for WTO Studies (CWTO), I made two strong recommendations for India, China and even other developing nations: (i) that these countries should upgrade their capacities for policies and meeting evolving standards, so that their access to major markets could continue without significant problems, and (ii) that non-TPP countries should combine forces to push for the development of more inclusive trade systems, and suggest ways of doing so.

However, the main action to develop inclusive systems within TPP has to be from those negotiating the agreement, so as to maintain substantive and effective linkages with the rest of the world.

While some additional countries may join the TPP, whenever concluded, others which may find it more difficult to do so would nonetheless be important parts of a trading system providing opportunities for sustained prosperity for all economies. Restraining their effective participation would mean restraining the positive potential of the system as a whole.

Various countries are in different stages of preparedness with respect to higher standards likely to arise from TPP. In late 2013, South Korea announced its interest in joining in TPP. There is a strong debate in China on whether or not to join TPP.

In Brazil, parts of the private sector seem open to joining this new mega-FTA, while the government appears to be reticent about it. In India, the policy makers have begun a process of upgrading domestic capacities, but it is very unlikely that India would be able to join an agreement such as TPP, for several years.

All African economies are outside the process of any of the mega-FTAs such as TPP. Their state of preparation is in general much less than the larger economies of other continents. In some instances, there is a view that TPP may not be concluded, so why worry about it!

However, progress in TPP negotiations is continuing, though at less than the desired pace of participants. It is expected to pick up in the months ahead.

Recognising the advent of the contours of a new trade regime in large parts of the global markets, China is already moving ahead with policy reform to better equip itself for a world of new trade and investment regulations.

This will help consolidate its existing position as an important hub of global value chains and its desire to move forward in the value chain to produce higher value items with state-of-art technologies. Interestingly, this preparation for a post-TPP world enmeshes well with its next stage of domestic reform.

However, even a relatively advanced developing nation such as China would find it difficult to have market access post-TPP unless the agreement incorporates an inclusive system. This task would be much more difficult for lesser developed nations. The content of standards under TPP is likely to be high, and lead to considerable cost escalation for exports of several developing nations.

In TPP, these would likely reflect standards prevailing in the U.S.; simultaneously with TPP we have the Trans-Atlantic Trade and investment Partnership (TTIP) negotiations between EU and the US which have an important focus on standards. The results of TPP cannot be too different from that of TTIP in this regard.

Studies have shown that impediments to market access by standards are recognised by even exporters from the U.S. and the EU to each other’s market. Similarly, in a recent discussion of Korean emission standards for automobiles, U.S. Ford Motor Company argued that Korea’s standards and related system would raise cost by 7,000 dollars for each Ford Explorer vehicle.

Given that trade and investment play an important role in their growth performance, losing access to TPP and TTIP countries, which together account for about half of world trade, would be highly damaging for India, China or other non-member countries.

Ultimately, the most suitable action that the emerging developing economies (China, India, Brazil and others) can take at this point, would be to pool their collective energies together to press for conditions which ensure that the emerging international trade system works better for all countries, including those not part of the large free trade agreements such as TPP and TTIP.

Such synergies would be useful even for up-gradation of domestic capacities, working together with co-ordinated and cooperative programmes.

Common efforts are crucial for developing inclusive systems because each of these countries on its own will make little impact for changing the evolving regulatory regimes. A more formalised collective response would empower them to press the negotiating nations to develop more inclusive, rather than exclusionary, systems.

Dr. Singh has been with IISD as a senior fellow since October 1, 2013 and provides advice and support to the Institute’s work in China, and on multilateral trading systems.Before joining IISD, Singh served as deputy director-general at the World Trade Organisation from October 2005 to September 2013.