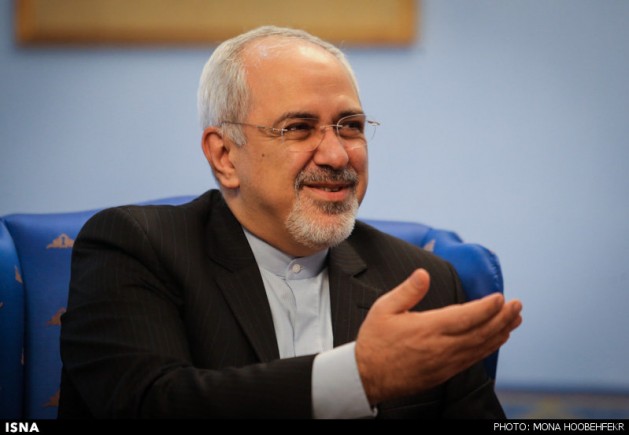 WASHINGTON, Sep 22 2014 (IPS) - Iran’s foreign minister arrived in New York last week with his sights set on a final deal on Iran’s nuclear programme. But a pressing regional conflict is hanging heavily over the already strained negotiations as Iran and world powers resume talks on the sidelines of this week’s U.N. General Assembly.

A Sep. 21 report by Reuters that Iran was seeking a “give and take” strategy in the talks by using the support it could provide in battling the Islamic State (ISIL or ISIS) as leverage challenged prior U.S. and Iranian insistence that the talks are solely nuclear-focused.

But a senior Iranian official involved in the negotiations told IPS that Iran was not discussing Iraq during talks with the P5+1 (U.S., Britain, France, Russia, China plus Germany).

“People in Iran can survive with suspension, but they can’t survive with dismantlement.” -- Nuclear security expert Arianne Tabatabai

“We have enough on our plate with the nuclear issue,” said the official, who spoke on the condition of anonymity via a Sep. 21 email.

“The Iranians did not ask us to have a melange [bring ISIS into the negotiations over Iran’s nuclear programme]…these were different questions,” he said.

Whether or not the crisis posed by ISIS has become an issue in the nuclear negotiations, Iran appears to be exploring various avenues to combat the Sunni extremist group’s advance through parts of Syria and Iraq.

Although Iran and Saudi Arabia have traditionally maintained cold relations—the Shia and Sunni countries both seek regional dominance—the threat posed by ISIS could bring them closer together.

Iranian Foreign Minister Javad Zarif called a Sep. 21 hour-long meeting with his Saudi counterpart in New York a “new chapter in relations,” according to the state news agency, IRNA.

“We can reach agreement on ways for countering this very sensitive crisis,” he said.

But Iranian and U.S. officials have publicly oscillated over the extent to which Iran could work with other powers in battling ISIS.

Iran’s Supreme Leader Ali Khamenei strongly denied a Sep. 5 BBC Persian report that he had approved military cooperation with the U.S. in the fight against ISIS in Iraq.

For its part, the United States excluded Iran from an U.S.-led anti-ISIS coalition meeting in Paris.

Four days later, Secretary of State John Kerry said Iran had a “role” to play in “decimating and discrediting” the group at a U.N. Security Council meeting on Iraq.

All the while, Iranian officials have discussed ISIS with their U.S. counterparts on the sidelines of the nuclear talks—though both deny military coordination—and provided material and logistical support to some of the same parties battling ISIS in Iraq.

While Zarif ridiculed the U.S.-led group during a Sep. 17 CFR conference as a “coalition of repenters” for allegedly aiding and abetting ISIS’s rise, he also said Iran would continue supporting the Iraqi government’s fight against ISIS.

“We don’t hesitate in providing support to our friends, to deal with this menace,” he said.

“The U.S. is not desperate for Iran’s help” and cooperating with Tehran could “complicate the nuclear negotiations and be a political headache for the Obama administration,” Alireza Nader, a senior analyst at the RAND Corporation’s U.S. headquarters, told IPS.

“While some level of tacit U.S.-Iran understanding in Iraq cannot be entirely ruled out, the Iranian government should not over-estimate its leverage on the nuclear issue,” said Nader.

While both sides have said a final deal by the Nov. 24 deadline for the negotiations is possible, the talks appear stymied by certain sticking points, especially the future of Iran’s uranium enrichment programme.

Iran wants to maintain enough centrifuges and other nuclear infrastructure to be self-reliant and reach an industrial scale by 2021, but the U.S. wants Iran to scale back its current programme.

“The status quo is not doable for any of us,” said a senior U.S. official during on the condition of anonymity Sep. 18.

But Zarif argued last week that instead of achieving policy goals, U.S.-led sanctions on Iran have resulted in a “net outcome” of more Iranian centrifuges.

“If at the time of the imposition of sanctions, we had less than a couple of hundred centrifuges, now we have about 20,000,” said Zarif on Sep. 17.

While the U.S. has agreed to some enrichment in Iran, the Israeli government has been pushing for complete dismantlement, which Iran says is impossible.

Iran has invested too much in its nuclear programme to dismantle it, according to nuclear security expert Arianne Tabatabai.

“Iran will have to give up certain things to reach a deal, and already has under [last year’s interim deal the Joint Plan of Action], but when you start talking about dismantlement, people react,” she said. “It’s a bit of a red line.”

Until now, the negotiating parties have been surprisingly tight-lipped about the details of their talks, which helped stave off domestic criticism. But that trend appears to have been broken.

A “face-saving” proposal reported Sep. 19 by the New York Times would allow Iran to suspend rather than dismantle its centrifugal operations, but has been publicly opposed by U.S. and Iranian politicians not involved in the talks.

A group of 31 Republican senators warned against the U.S. “offering troubling nuclear concessions to Iran” to rapidly reach a deal in a Sep. 19 letter to Secretary of State John Kerry.

Back in Tehran several members of the Iranian parliament rejected the proposal, according to a report Monday in the hard-line Fars News Agency.

“If such a proposal is formally presented by American officials, it indicates their childish outlook on the negotiations or stupid assumptions of the Iranian side,” said Hossein Sheikholeslam, a deputy to the speaker of parliament.

A group of conservative MPs also held a conference today in Tehran against U.S.-Iran rapproachment. The participants said a potential meeting between Iranian President Hassan Rouhani and U.S. President Barack Obama in New York would be an “inappropriate act.”

Rouhani will address the U.N. General Assembly on Sep. 25.

Tabatabai told IPS that while Iran may not be desperate for a deal, both sides want a final agreement and reports of creative solutions to the standoff demonstrate “the political will is there.”