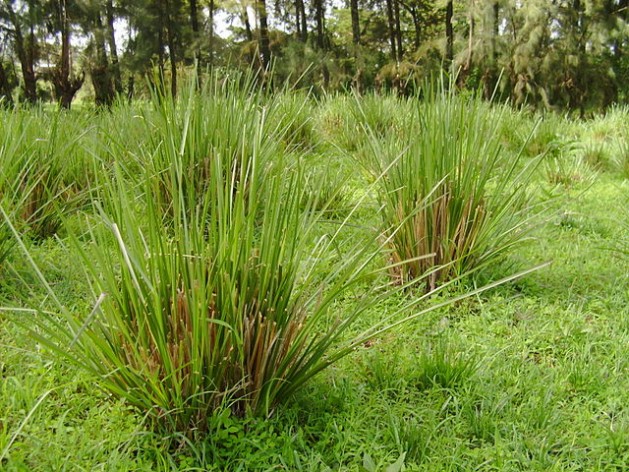 In addition to its prized value as an ingredient in high-end perfumes, the vetiver plant has important conservation benefits, preventing soil erosion and helping maintain water quality. Credit: treesftf/cc by 2.0

PYEONGCHANG, Republic of Korea, Oct 7 2014 (IPS) - Haiti, the poorest country in the Western Hemisphere, is the world’s leading producer of vetiver. In the southwest of the country, vetiver production is hard to ignore.

Driving into Les Cayes, the largest town in the south, one is greeted by fields of vetiver on either side of the road. The same is true if driving from Les Cayes to Port Salut. Steep hillsides of the green grass line many of the ridges between the two towns.

Synthetic biology differs from conventional genetic engineering in its technique, scale, and its use of novel and synthetic genetic sequences – raising new risks to biodiversity.

Haitian vetiver is highly regarded among perfumers, and it is a key ingredient in some of the finest and most expensive perfumes in the world.

However, struggling Haitians who farm this product could be dealt another harsh blow with the introduction of a new industry – synthetic biology. Although still undefined, synthetic biology can be described as ‘extreme genetic engineering,’ and refers broadly to the use of computer-assisted, biological engineering to design and construct new synthetic biological parts, devices and systems, and to redesign existing biological organisms.

“In countries like Haiti there are high-value agricultural exports that form a significant part of the economy, and those high-value low-volume goods are slated to be created by companies like Evolva and could replace the truly natural products,” Dana Perls, food and technology campaigner with the civil society group Friends of the Earth U.S., told IPS.

Haiti’s vetiver crop is processed by 10 distillers, but it provides jobs for some 27,000 farming families in the southwest. For these farmers, the vetiver plant has important conservation benefits, preventing soil erosion, and helping maintain water quality.

The global value of the synthetic biology market reached 1.6 billion dollars in 2011and it will further grow to 10.8 billion by 2016, increasing at a compound annual growth rate (CAGR) of 45.8 percent.

An estimated 60,000 people in Haiti’s Les Cayes region depend on vetiver as their primary income source. The crop is grown on 10,000 hectares.

Before 2009, Haiti’s vetiver crop was valued at approximately 15-18 million dollars per year. In recent years, Haiti’s export earnings from vetiver have declined to around 10 million per year. 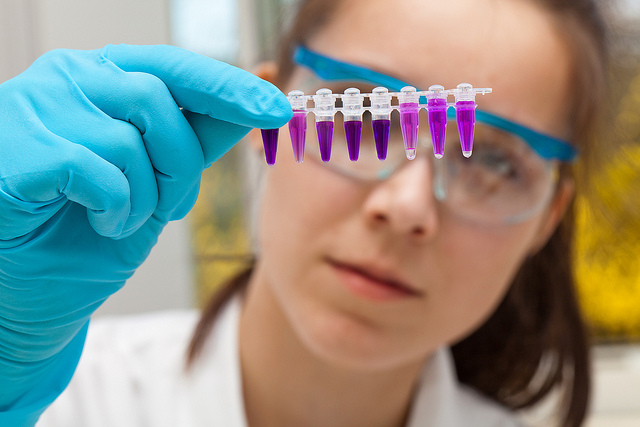 While biotechnology has been portrayed as a panacea for climate change and other societal ills, critics say these claims are largely unproven. Credit: Bigstock

Synthetic biology differs from conventional genetic engineering in its technique, scale, and its use of novel and synthetic genetic sequences – raising new risks to biodiversity.

Friends of the Earth International is urging caution and has made several recommendations to the 12th meeting of the Conference of the Parties to the Convention on Biological Diversity (COP 12) being held here from Oct. 6-17.

“We are recommending a moratorium on the environmental release and the commercial use of synthetic biology, specifically because of the lack of international regulations and virtual lack of environmental and safety assessments anywhere in the world. We are encouraging the CBD to stand behind the precautionary approach which countries have already agreed to by being signatories to the CBD,” Perls said.

“This is a new and emerging issue and needs to be treated as such. Many of the concerns have to do with the environmental, cultural, social impacts of this new technology, including what would happen if a product like ginseng here in Korea were to be produced using synthetic biology. The impact that it would have on small famers across this country could be immense.

“It would also have a large impact on countries like Brazil where the feed stock would be grown in order to produce these synthetic biology organisms, which will churn out whatever you’ve designed it to churn out,” she added.

While biotechnology has been portrayed as a panacea for climate change and other societal ills, Friends of the Earth said the claims that genetically engineered plants and microbes can sequester more carbon in the soil and produce more fuels when processed than conventional methods have yet to be proven.

The group noted that “in the wake of these unfulfilled promises” emerges synthetic biology, a more extreme form of genetic engineering, which has also been touted as the solution to the climate crisis.

But the group said synthetic biology is not a sustainable solution to the climate crisis and has the potential to create an entirely new set of problems.

The Philippines is the world’s biggest producer and exporter of coconut oil. Twenty-five million people in a population of 100 million are directly or indirectly dependent on the coconut industry for their livelihoods and domestic food security.

Neth Dano, programme manager with the ETC Group, told IPS, “There is a lot at stake for the Philippines” on this issue because synthetic biology could potentially replace coconut oil in the global market.

“In the Philippines, coconut production is not done in a plantation way, it’s small scale. And in the structure of rural economies, in most cases the coconut producers are among the poorest ones,” Dano explained.

Dano said the CBD as the United Nations body responsible for looking at potential impacts of development on biodiversity and also primarily for conservation of biodiversity can do a lot to address the concerns over synthetic biology.

“The CBD is the only body in the United Nations that had taken up synthetic biology so far and addressed the concerns on its potential impacts on biodiversity,” Dano said.

Dano noted also that most of the commercial beginnings of synthetic biology were related to climate change.

“The earlier research and development efforts were focusing on algae that actually would produce biofuels. And biofuels were seen as a solution to address this problem of massive greenhouse gas emissions that cause global warming. So it was actually presented as a solution to climate change as a mitigation strategy,” she said.

“The big oil companies invested so much in the development of biofuels from synthetically modified algae but the investments did not deliver, so now they’ve shifted their attention to low-volume high-value and this is where the lauric oils come in,” Dano added.