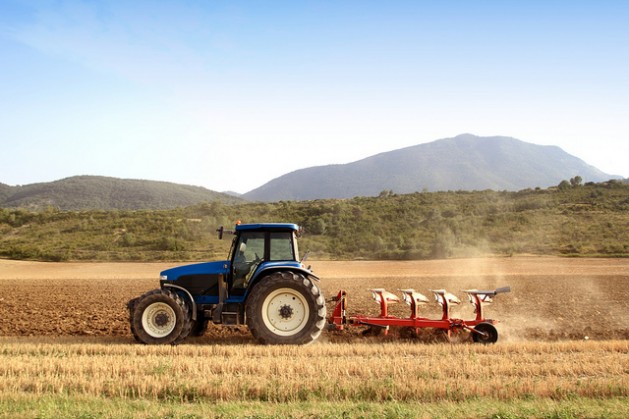 WASHINGTON, Mar 3 2014 (IPS) - A third of U.S. organic farmers have experienced problems in their fields due to the nearby use of genetically modified crops, and over half of those growers have had loads of grain rejected because of unwitting GMO contamination.

Of U.S. farmers that took part in a new survey, the results of which were released on Monday, more than 80 percent reported being concerned over the impact of genetically modified (GM) crops on their farms, with some 60 percent saying they’re “very concerned”.

"USDA has been extremely lax and, in our opinion, that’s due to the excessive influence of the biotech industry in political circles.” -- Organic farmer Oren Holle

The findings come as the U.S. Department of Agriculture (USDA) has taken the unusual step of extending the public comment period for a controversial study on how GM and non-GM crops can “coexist”. During a major review in 2011-12, the USDA Advisory Committee on Biotechnology and 21st Century Agriculture (AC21) concluded that it lacked sufficient data to decide on the extent to which GM contamination was happening in the United States, or to estimate the related costs incurred by organic and other non-GM farmers.

The AC21 recommendations came out in November 2012 and were criticised for being weighted in favour of industry. Critics have subsequently seized on the USDA’s decision to revisit those conclusions, and the new study, produced by an association of organic farmers and Food & Water Watch, a Washington advocacy group, aims to fill the committee’s professed gaps.

“The USDA said they didn’t have this data, but all they had to do was ask,” Oren Holle, a farmer in the midwestern state of Kansas and president of the Organic Farmers’ Agency for Relationship Marketing (OFARM), which assisted in the new study’s production, told IPS.

“Our very strong feeling is that the introduction and propagation of the genetically modified products that are coming out under patent at this point have not had the regulatory oversight that they should have, and need to involve a far broader section of stakeholders. USDA has been extremely lax and, in our opinion, that’s due to the excessive influence of the biotech industry in political circles.”

While GM crop use has expanded exponentially across the globe over the past two decades, nowhere has this growth been more significant than in the United States. While just one percent of corn and seven percent of soybeans grown in the U.S. came from GM seeds during the mid-1990s, by last year both of those numbers had risen to above 90 percent.

In the new study, nearly half of the farmers polled said they did not believe that GM and non-GM crops could ever “coexist”, while more than two-thirds said that “good stewardship” is insufficient to address contamination.

“The USDA’s focus on coexistence and crop insurance is misplaced,” Wenonah Hauter, executive director of Food & Water Watch, said Monday, referring to an AC21 recommendation that GM contamination problems be dealt with through a federal insurance scheme set up to lessen the impact of natural disasters.

“The department must recognise the harm that is already being done to organic and non-GMO farmers and put the responsibility squarely where it belongs – with the biotech companies … Now USDA can no longer claim ignorance about this problem.”

Even as contamination reports continue to grow, the U.S. government’s most recent response, drawn from the AC21 recommendations, has been to encourage “good stewardship” practices and communication between neighbouring farmers. Yet non-GM farmers say that, in practice, this has meant substantial outlays of both time and money in order to safeguard their crops – and virtually no corresponding responsibility on the part of farmers using genetically modified crops.

Beyond regular testing and certification requirements, U.S. farmers are required to set aside a substantial buffer zone around their fields to guard against GM contamination. Averaging around five acres, this buffer zone alone costs farmers anywhere from 2,500 to 20,000 dollars a year in lost income, according to the new survey.

Other farmers resort to waiting to plant their crops until after their neighbours’ GM crops have pollinated. Yet this delay, too, imposes a financial burden of several thousand dollars per year.

“I’m getting tired of maintaining these miles of buffers,” one farmer wrote in response to the new survey, complaining about the heavy use of herbicides typically associated with GM crops. “How about the guy that sprays up to the fence be liable for the damage that is done?”

OFARM’s Holle says the findings on just how much farmers are paying to avoid GM contamination took him by surprise. Of this imbalance, he says U.S. regulators are continuing to play out of an “old playbook”.

“There’s been a lot of new technology introduced in agriculture over the past 50 years. But there’s always been a point of law that, whatever happens on my side of the fence, I’m still responsible for how it might affect my neighbour,” Holle notes.

While Holle says the USDA has been slow in recognising this new reality, he’s guardedly optimistic that a regulatory rethink is now taking place.

“This additional comment period, I think, points out that they were paying some attention to the initial comments that came in,” he says.

“It does appear that they’re taking a step back. It’s our hope that our efforts have at least gained some traction in recognition that all is not well and that they, perhaps, need to do some re-evaluation.”

Against what he says is an onslaught of lobbying by the biotech industry, Holle says the voice of non-GM farmers has strengthened largely through newfound consumer demand. The past year alone has seen multiple state-level legislative attempts to label or ban GM products, while stores have acted unilaterally.

On Monday, the United States’ two largest grocery chains indicated that they would not sell genetically modified salmon, a product currently being weighed by regulators here. Some 9,000 stores countrywide have reportedly made similar pledges.

According to a 2013 poll, 93 percent of U.S. respondents want GE ingredients or products to be labelled, despite strident pushback by industry.