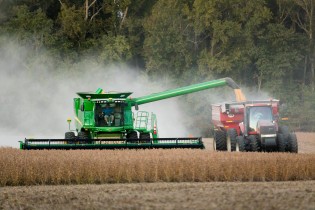 It’s Time We Get Serious About Organic Farming

By Ken Cook
Conventional farming and food production practices in this country are creating serious environmental and public health problems. Every day, an industrial farming system spinning out of control confronts all Americans with serious challenges. Among these are the explosion in toxic algae blooms in sensitive waterways, cancer-causing pesticides on foods we feed our children, the rapid spread of antibiotic-resistant superbugs, and, of course, contaminated drinking water, all courtesy of corporate agribusiness.