Zakri Abdul Hamid, Science Advisor to the Prime Minister of Malaysia, is the IPBES’ founding Chair. 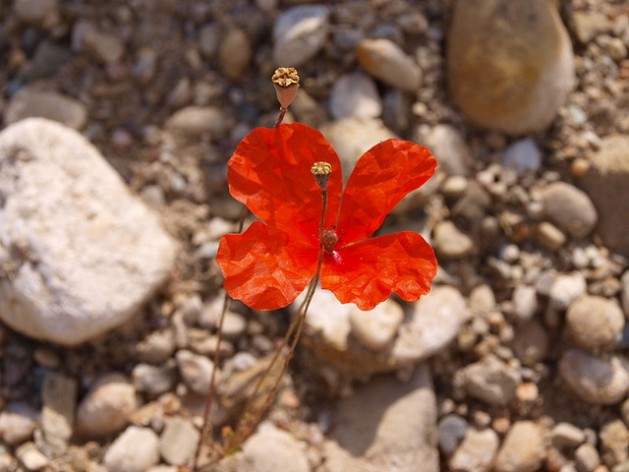 Species distribution and population health and protections vary greatly from one place to another. Credit: Biodiversity Act/cc by 2.0

It wasn’t a biodiversity-related trend analysis nor a policy prescription, however. The first of those from IPBES will appear at about this time next year.

Its first assessment will focus on the issue of pollination and the threats to insect pollinators essential to much of the world’s food production.

What the organisation published was something more fundamental — the result of two years collaboration by hundreds of experts. It is an agreed scaffolding for assessments that integrate the information and insights of indigenous and local knowledge holders as well as experts in the natural, social, and engineering science disciplines.

IPBES is akin to the U.N.’s Nobel Prize-winning Intergovernmental Panel on Climate Change (IPCC) in that it will carry out assessments of existing knowledge in response to governments’ and other stakeholders’ requests.

Some argue IPBES confronts a challenge as complex as its sister organisation, if not more so. That’s because species distribution and population health and protections vary greatly from one place to another. Solutions, therefore, need to be tailored to a fine local and regional degree.

And the relative contributions of efforts to halt and reverse biodiversity loss also vary enormously — complete success of efforts somewhere with little biodiversity might not be nearly as important as a little success in a megadiverse area in the tropics, for example.

Step 1 in the ambitious IPBES work programme, however, has been to agree on how to integrate diverse, strongly-held, culturally-formed attitudes and viewpoints in as simple and effective a way as possible.

The IPBES’ Conceptual Framework, published by the Public Library of Science, is the end result, connecting the dots and illustrating the inter-relationships between:

Nature (which includes scientific concepts such as species diversity, ecosystem structure and functioning, the biosphere, the evolutionary process and humankind’s shared evolutionary heritage). For indigenous knowledge systems, nature includes different concepts such as “Mother Earth” and other holistic concepts of land and water as well as traditions, for example.

Anthropogenic assets (knowledge, technology, financial assets, built infrastructure. Most benefits depend on the joint contribution of nature and anthropogenic assets, e.g., fish need to be caught to act as food)

Indirect drivers of change (such as institutions deciding access to land, international agreements for protection of endangered species, economic policies)

Direct drivers of change (which are both natural, e.g. earthquakes, volcanic eruptions and tropical cyclones; and human, e.g. habitat conversion, chemical pollution); and

“Good quality of life” (interpreted as “human well-being” by parts of humanity; to others it may mean “living well in harmony and balance with Mother Nature,” The framework recognises that fulfilled life is a highly values-based and context-dependent idea, one that influences institutions and governance systems.

To quote the paper’s authors: “There had been a struggle to find a single word or phrase to capture the essence of each element in a way that respected the range of utilitarian, scientific, and spiritual values that makes up the diversity of human views of nature.

“The conceptual framework is now a kind of ‘Rosetta Stone’ for biodiversity concepts that highlights the commonalities between very diverse value sets and seeks to facilitate cross-disciplinary and cross-cultural understanding.”

Its first assessment will focus on the issue of pollination and the threats to insect pollinators essential to much of the world’s food production. Its second will explore biodiversity and ecosystem services models and scenarios analysis. Many others will follow in years to come.

The conceptual framework was created to change the way such assessments are approached from those before, and to inspire the community, though the changes are “likely to push all engaged parties well beyond their comfort zones,” say the authors.

For example, direct drivers of pollination change (such as habitat or climate change, pesticide overuse, pathogens) will be examined alongside their underlying causes, including institutional ones.

State-of-the-art environmental, engineering, social and economic science knowledge will be augmented by and benefit from insights into the impacts of pollinator declines on subsistence agricultural systems, which provide much of the food in some world regions of the world — considerations typically under-represented in case studies.

Guided by the IPBES Task Force on Indigenous and Local Knowledge, assessments will consider trends observed by practitioners and their interpretations, and draw on local and indigenous knowledge that could contribute to solutions.

What IPBES is pioneering foreshadows the future of research — the convergence of different disciplines and knowledge systems to solve problems.

Integrative, cross-paradigm, co-produced knowledge is on the agenda of a growing number of national research agencies, international funding bodies, and some of the largest scientific networks in the world.

It is an essential step forward. To IPBES, in the words of the authors, “the inclusion of indigenous and local knowledge is not only a matter of equity but also a source of knowledge that we can no longer afford to ignore.”