President Obama issued what was tantamount to a call to action for Americans to speak out for what is right. He stated: “…Loving this country requires more than singing its praises or avoiding uncomfortable truths. It requires the occasional disruption, the willingness to speak out for what’s right and shake up the status quo.” 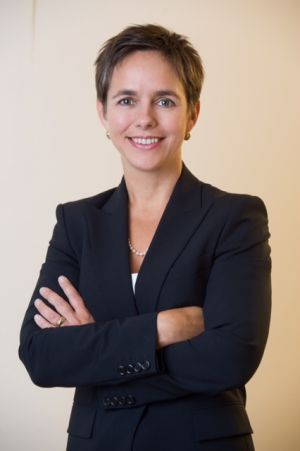 As a longtime advocate for the health and human rights of women, I take President Obama’s words to heart. They express the core tenet of policy advocacy.

Advocates should applaud and praise government when it does the right thing for women and girls. And when it doesn’t, we must speak out for what’s right, even if it is disruptive and causes discomfort.

Last week, the Center for Health and Gender Equity (CHANGE) hosted a panel at the U.N. Commission on the Status of Women (CSW) where panelists from Human Rights Watch, Medecins Sans Frontieres (MSF), and Dandelion Kenya spoke about the brutal sexual violence and rapes that women face, and the absence of comprehensive post rape care for these women and girls, especially when it comes to abortion access.

The discussion was disturbing and emotional as we heard about the fear, stigma, and suffering that so many women face while governments stand by and refuse to provide comfort and care—including the United States.

The status quo – that no U.S. foreign aid should support safe abortion access – is causing too much suffering in this world and it must end.

Only a few months ago the U.N. secretary-general released an important report stating: “In line with Security Council resolution 2122 (2013), I call on all actors to support improved access to comprehensive sexual and reproductive health services in conflict-affected settings. This must include access to HIV counseling and testing, which remains limited in many settings, and the safe termination of pregnancies for survivors of conflict-related rape.”

The Obama administration has taken great strides toward women’s rights and sexual and reproductive health in U.S. foreign policy, from the USAID Strategy on Female Empowerment and Gender Equality to the National Action Plan on Women, Peace and Security.

And at the United Nations last September, President Obama focused on the serious problem of rape in conflict, acknowledging that, “mothers, sisters, daughters have been subjected to rape as a weapon of war.”

We applaud and praise the administration for such bold action. However, when it comes to reproductive rights and access to safe abortion for women and girls globally, the Obama administration has failed to demonstrate the same bold leadership.

Twenty years ago, the U.S. joined governments from around the world in a promise to women and girls that where abortion is legal, it should be safe and available. Today, the U.S. has not lived up to that promise. And when it comes to abortion access for women and girls raped in conflict, inaction by the U.S. government is unconscionable and advocates must speak out.

The time is now for the president to stand with women and girls and take executive action to support abortion access for women and girls in the cases of rape, incest, and life endangerment.

The time is now for the president to answer the call to action echoed by advocates from around the world.

We have sent letters to the president from religious leaders and CEOs of global human rights and women’s rights organisations. We have brought advocates from South Africa, Colombia, Democratic Republic of Congo, and Uganda to speak directly to the White House to implore the president to act.

We rallied in front of the White House asking the president to stand with women and girls. And, we have gathered at CSW to share first-hand accounts of what women and girls are experiencing globally.

Ending the status quo on foreign aid and abortion means to boldly embrace the notion that women and girls matter. Our U.S. foreign aid must be used to save and improve lives—and that is what safe abortion does, especially for those raped in conflict.

CHANGE and others will continue to “speak out for what’s right” and “shake up the status quo,” because the lives of women and girls matter. I hope we can count on President Obama to join us.