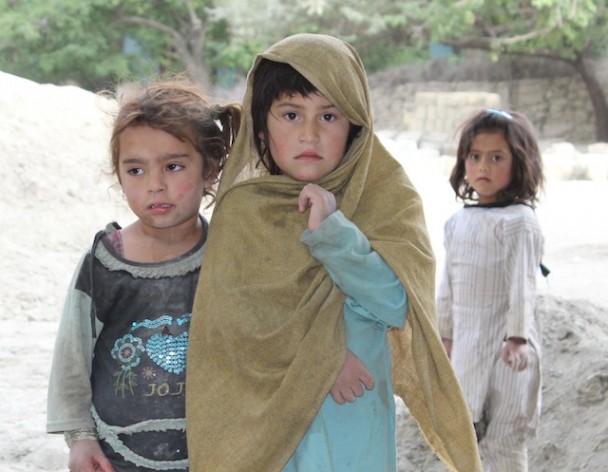 In Pakistan, hundreds of thousands of school-aged children live and work on the streets, earning a few rupees each day to help support their destitute families. Credit: Zofeen Ebrahim/IPS

KARACHI, May 21 2015 (IPS) - Khalil Ahmed’s life story sounds like it could have come straight out of the plot of a Bollywood flick, but it didn’t. And that makes it all the more inspiring.

Residents of the sleepy town of Gambat, 500 km from the Pakistani port city of Karachi, where Ahmed was an all too familiar face, may not recognise the 12-year-old today.

“I didn’t like what I was doing. I didn’t want to be seen as a beggar. It hurt when people hurled abuses, or said nasty things.” -- Khalil Ahmed, a Pakistani street kid turned star student
Wearing a clean, pressed uniform and polished shoes, his hair oiled and neatly combed, and his fingernails immaculately trimmed, he is a far cry from the scrawny, dirty, bedraggled young boy of eight who, just four years ago, could be seen clutching his grandmother’s hand, pleading for alms from passersby.

Sometimes he would even beg outside the Behram Rustomji Campus – the school where he is now enrolled as a pupil.

Currently in the fourth grade, his teachers say he is one of the brightest kids in his class of 20 students, 13 of whom are girls.

Located in Pipri village, where over 95 percent of the roughly 1,000 households earn their living by begging on the streets, this humble institution has given Ahmed a rare chance to receive an education, in a country where 42 percent of the population aged 10 years and older is illiterate.

In this remote village, 45 km away from Sukkur city, the third largest in the Sindh Province, Ahmed and scores of other children like him are moving gradually away from the begging bowl and closer to pencils and schoolbooks, implements far more suited to young children with any hope of a decent future.

With a recent Oxfam study revealing that 82 percent of the richest children in Pakistan attend school while 50 percent of the poorest do not, it is plain that a kind of ‘educational apartheid’ exists in this South Asian country.

Indeed, Pakistan’s slow progress towards the U.N.’s Education for All (EFA) initiative has skewed figures for the entire region: a 2015 study by the U.N. Children’s Fund (UNICEF) revealed that over 40 percent of all out-of-school adolescents globally live in South Asia, with Pakistan alone accounting for one-half of that figure.

While lauding the efforts of independent civil society groups to change this terrible reality, experts here nevertheless insist that nothing short of massive government intervention can turn the tide.

According to Mosharraf Zaidi, who heads Alif Ailaan, a campaign that strives to put education at the forefront of public discourse in Pakistan, despite “heroic efforts that consistently produce remarkable stories […], the sum is not equaling or exceeding the parts.”

“The state keeps failing children,” he told IPS, “and keeps failing those making an effort for the children.” Until the government fulfils its duty of providing an enabling environment, “even the brightest lights will not shine to their full potential.”

To his mind the government’s entire schooling system needs to be overhauled.

Pervez Hoodbhoy, a prominent educationist, goes a step further. While agreeing that those who complete 10th grade have a far higher chance of succeeding in life than those without basic literacy, he believes this is “only one step towards closing the enormous gap between the ‘haves’ and ‘have-nots’.”

To him, securing a decent life often depends on factors “unconnected to learning and competence”, such as pre-existing family wealth and property, connections to powerful individuals or groups in society, ethnicity, sect, religion and gender.

This daunting catalogue in many ways represents a to-do list for the government, revealing the social, political and economic issues it must tackle in order to create a more equal Pakistan.

The school is run by a non-profit organisation called The Citizens Foundation (TCF), created in 1995 by a group of ordinary citizens who were appalled at the dismal state of Pakistan’s education system.

True to its pledge, TCF today runs 1,060 ‘purpose-built’ schools all across the country dedicated to serving the most marginalised communities and to removing class barriers that hinder opportunities for the poor, who comprise 22 percent of this country’s population of 180 million people.

Prior to enrolling at the Behram Rustomji Campus, Ahmed was both the product and the image of the vast inequalities that plague Pakistani society, hindering its efforts to reach the United Nation’s Millennium Development Goals (MDGs), whose deadline expires later this year.

Poverty and illiteracy are among the most severe challenges to Pakistan’s development, and although some progress has been made to level the playing field and give all citizens a fighting chance, huge gaps still need to be closed.

For instance, according to the Pakistan Education for All 2015 Review Report, published in collaboration with the U.N. Educational, Scientific and Cultural Organisation (UNESCO), an estimated 6.7 million children are currently out of school, the majority (62 percent) of whom are girls.

Of the roughly 21.4 million primary-school-aged children currently enrolled in schools, only 66 percent will survive until the fifth grade, the UNESCO report predicts, while 33.2 percent will drop out before completing the primary level.

The situation is worse for street children, who in order to help their destitute families make ends meet, are forced to wander for hours eliciting spare change.

The Society for the Protection of the Rights of the Child (SPARC) believes there are about 1.5 million children living and working on Pakistan’s streets.

Few will ever see the inside of a school, or find decent work. Most are simply condemned to a life of poverty among the ranks of the 22 million people here who earn less than 1.25 dollars a day, according to the World Bank.

Experts are agreed that absent a decent education, children born to low-income families are far less likely to climb the socio-economic ladder.

Tackling inequality in the classroom

Luckily, TCF schools are helping to turn this tide by offering a “pay as you can” option for families who cannot afford school fees.

“Our minimum fee is ten rupees (about 0.09 dollars) per month, and the rationale for this is that people value a service that has some monetary cost attached to it,” Ayesha Khatib, content manager at TCF’s marketing department, explained to IPS, adding that the average monthly expense borne by a family amounts to no more than 30 rupees (0.29 dollars).

While this amount is not negligible to those living on the brink of starvation, to kids like Ahmed it is a small price to pay for the world of opportunity it allows.

“I didn’t like what I was doing,” he confessed to IPS. “I didn’t want to be seen as a beggar. It hurt when people hurled abuses, or said nasty things.”

With Ahmed now spending most of his time studying, his mother has joined his father on the streets to make up for lost income. Between them they earn a few dollars a day, money that generally goes immediately on buying food for the family.

And they are not alone in their woes.

Rabail Abbas Phulpoto, the school’s 25-year-old principal, told IPS that 85 percent of her students come from families who beg for a living and were thus reluctant to lose their breadwinners to the blackboard.

“I started engaging with the community about three years ago,” Phulpoto explained. “There was resistance at first but after eight months of persistent dialogue, I found [parents] relenting. A few sent their boys, but not their girls, and I found out that even those kids were continuing to beg after school.” 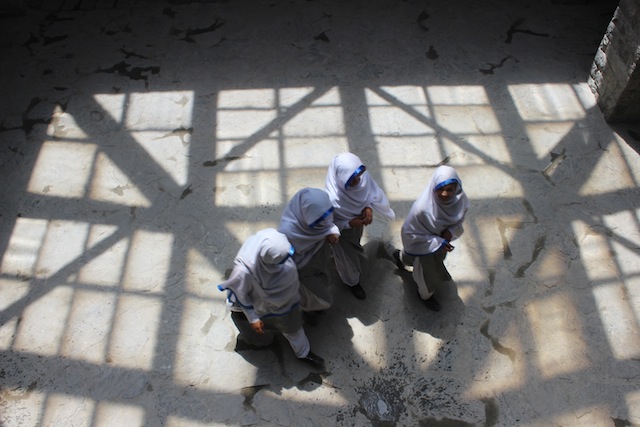 Today, 235 of the 350 students in the school are former street children. “The importance of education has finally sunk in,” she said, “and each [child’s] story is more inspiring than the last.”

None of them has reverted back to begging. Those who are required to contribute to the family kitty do odd jobs like working at corner stores for a few hours after school, the principal said.

Ahmed, for instance, worked for a mobile phone company for a while. Now he has learnt how to fix phones, and wants to use his education to become a computer engineer when he grows up.

Perhaps most importantly, the social barriers between the well-off students and their less fortunate peers are slowly breaking down. Whereas once the more privileged kids had avoided even sitting next to children from beggar families, now there is more fluidity, and more understanding, Phulpoto said.

Baela Raza Jamil, director of programmes at the Centre for Education and Consciousness (Idara-e-Taleem-o-Aagahi, or ITA) and coordinator of the South Asia Forum For Education Development (SAFED), referred to this initiative as transformative, both for the children and their families.

“I am sure each day they bring home newfangled ideas […],” she told IPS. “They are learning to do everyday mathematics, so they can help parents keep daily accounts.”

She hopes eventually discussions on earning options beyond beggary will ensue.

For children like Ahmed, that change has already come.