COLOMBO, May 26 2015 (IPS) - As the U.N. enters its 70th year, it is legitimate to ask whether it has been a success so far. Over the years, the media, in particular the Western media, has tended to highlight the U.N.’s failures. 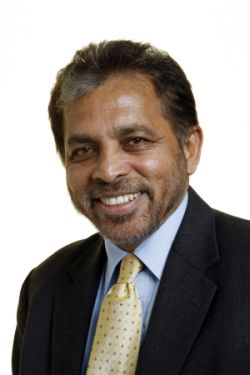 The still unfinished business in the Korean Peninsula, the morass that was Congo, the impotency in Vietnam, it’s ineffectiveness during much of the cold war, the paralysis in Rwanda, it’s inability to bring the Israeli-Palestinian conflict to an end, and many such unedifying instances have tended to garner the headlines.

But as Secretary-General Dag Hammarskjold so succinctly proclaimed, the U.N. was not created to send humanity to heaven, simply to stop it from going to hell. Likewise, it has been said that if the U.N. did not exist we would have had to invent it.

Given the current global suspicions and rivalries, it is unlikely that we would succeed in creating a U.N. today from scratch. Despite all the criticisms for its failures, it has achieved much in its 70 years of existence. It could be described as the most successful and truly global political organisation ever created.

One of the key goals of the United Nations, created on the ashes of the devastating Second World War, was to prevent another world war. In this it has succeeded. The major powers have not battled each other militarily in the last 70 years. While innumerable regional, bilateral, and internal conflicts and proxy wars have caused millions of deaths and inestimable property damage, a global conflagration has been avoided.

The U.N. has been described as a private club. Its members decide what the club should do. Although the world at large may have other higher expectations, the U.N. is able to do only what it’s membership and the Charter would permit it to do. The most effective results are achieved where a consensus is obtained.

The way it’s constitution (the Charter) is formulated ensures that it’s powers are strictly constrained. (More about this later). At the same time the rights and privileges of those who won the Second World War are well and truly entrenched in a blatantly undemocratic manner, causing much disenchantment in a world where the political, economic and social power centres have shifted significantly.

Due to the manner it was designed, especially due to the power of veto conferred on the P5 in the Security Council, its freedom of action is limited to situations where the veto wielders agree. The Cold War paralyzed the U.N. substantially hobbling it during those dangerous years of East -West confrontation.

Similarly, North South relations have always been clouded by suspicions traceable to the colonial experience. This constraint continues to influence attitudes and is not helped by an overbearing, “we know best” approach of the West. The Group of 77, originally intended to be the platform of developing countries on economic and social issues, is no longer 77. Taking in China (a P5 country), it has grown to 134. Not all of its members are poor developing countries.

Similarly, the Non Aligned Movement, originally intended to be the force not aligned to the East or the West, has tended to pull in different directions with no cohesive non aligned focus. Some have dropped out of this group. The growing tendency of the Security Council to adopt decisions binding on all member states on a range of issues that should properly be the responsibility of the General Assembly, has also come in for criticism.

The Security Council, dominated by the P5, has taken upon itself the task of legislating to the entire international community in certain situations, denying the vast majority of Member States any opportunity to influence such law making.

On the positive side, the human, social and economic rights standards of the world have improved substantially due to the work of the United Nations. From the Universal Declaration of Human Rights in 1948, the Organisation has progressively adopted a range of multilateral conventions setting standards on civil and political rights, social, economic and cutural rights, women’s rights, children’s rights, indegenous rights, disabled persons’ rights, racial discrimination, etc.

With these globally agreed benchmarks in place, the world is certainly a better place today than it was in 1945. Admittedly, the conclusion of a multilateral treaty or becoming party to a treaty does not per se advance the condition of individual persons. But the very existence of these universally accepted standards, creates the incentive to strive for those higher goals. some times with a little bit of added pressure.

The U.N. has been mainly responsible for the unprecedented development of the international rule of law. The secretary-general’s office is the repository of over 550 multilateral treaties, the vast majority of them negotiated under the auspices of the U.N.. They cover almost every aspect of human interaction, including the environment, the oceans, aviation, trade, human rights, disarmament, terrorism, organised crime, the outer space, shipping, road rules, etc.

The complex network of rules encompassed in these treaties have established standards for the conduct of individual states as never before. The international rule of law thus established, seeps down to national level in many areas influencing the development of the rule of law within countries.

The U.N. and its agencies have been successful in mobilising the international community on various issues of common interest. As the scourge of terrorism surged across borders and became a threat to many countries, the U.N. was able to mobilize states and resources to address this threat.

Expertise was assembled, resources were mobilised, training was provided to countries that needed it, and awareness was raised to a high level. In the absence of the U.N. and it’s agencies, it is doubtful if these advances could have been achieved. Much more remains to be done.

Similarly, the global response to health threats such as the AIDS pandemic, the swine flu and avian flu threats that had the potential to cause havoc and the more recent Ebola epidemic were countered due to the existence of the U.N. and it’s agencies. The U.N. has developed an impressive ability to raise awareness rapidly and mobilise member states to respond quickly to threats of this nature.

The manner that the world body has responded to natural and man made disasters has saved countless lives and alleviated much misery. The U.N.’s ongoing work in the areas of the environment, the oceans and sustainable development will bring further benefits to humankind.

The U.N. has been successful in restoring normalcy to a number of global situations that threatened to continue causing untold violence and misery. Cambodia has emerged as a stable and increasingly prosperous country after a decade of conflict largely as a consequence of the U.N. brokered peace and the subsequent peacekeeping operation.

Timor Leste, after a quarter century of conflict, has established itself as a peaceful member of the international community. The U.N. prodded and cajoled Mozambique and Angola to a new era of peace.

South Africa’s transition from apartheid to democracy and majority rule was painstakingly facilitated by the U.N. The role of the world organisation in guiding the Former Yugoslavia’s successor states to peace, after the initial explosion of violence, was not insignificant. Even the complex legal question of succession was dealt with imaginatively by the world body.

This brings us on to a vital and expanded area of U.N. activity – peacekeeping. Since its first peacekeeping operations on the borders of Israel and between India and Pakistan, its peacekeeping role has expanded substantially, with peacekeepers being given multidimensional mandates.

Today the U.N. is actively engaged in peacekeeping operations in 16 countries. It has over 122,000 staff performing peacekeeping functions, including civilian, police and military personnel, contributed voluntarily by 122 Member States.

The cost of peace keeping exceeds 7.1 billion dollars, making it the costliest segment of U.N. operations. Now, U.N. peacekeepers may be permitted to play an offensive role to defend their mandates, including the protection of civilians.

While there are impressive success stories, peacekeeping related criticisms also abound. The U.N.’s peacekeeping efforts may meet with greater success if their mandates are formulated with better information originating at ground level and following more structured consultations, including with host governments, if the mandates are clearly defined and the peace keeping troops are better briefed, equipped and selected on the basis of experience and training, if operations are regularly reviewed and exit strategies are well defined. Unfortunately, there has been a tendency for some missions to be extended indefinitely.

As the world moves forward there is an increasing clamour to reform the United Nations to reflect contemporary political and economic circumstances. The most difficult challenge will be to reform the Security Council which substantially reflects the power structures of the post World War world. Two of the P5 are Europeans and members of the EU. It is quite likely that two elected members would also be members of the EU.

At the moment, the WEOG group in the Security Council with New Zealand has six members out of 15. Africa has three of the elected members, Latin America and the Caribbean two and Asia two plus the Permanent seat (China).

This imbalance in the Security Council structure can not be sustained. While an entity that reflects the privileges of the victors of a war concluded 70 years ago may not be modified by another war. But dramatically altered global socio-economic realities might help to introduce change.

Making the international civil service of the U.N. truly effective has been another challenge. Constantly criticised by the major contributors, it has chugged along for 70 years. While intermittent efforts have been made under different SGs to make it more dynamic and responsive to contemporary needs, it is probably the time to approach this task in a comprehensive manner. The Organisation must be able to deliver on its mandates efficiently to the satisfaction of member states.