Jean-Marie Guéhenno, a former U.N. Under-Secretary-General for Peacekeeping Operations (2000-2008), is the president & CEO of the International Crisis Group. He is the author of The Fog of Peace: a Memoir of International Peacekeeping in the 21st Century (Brookings), published this month.

NEW YORK, May 21 2015 (IPS) - When the Cold War ended in 1991, there was hope the U.N. Security Council would be able to take decisive action to create a more peaceful world. Early blue helmet successes in Cambodia, Namibia, Mozambique, and El Salvador seemed to vindicate that assessment. 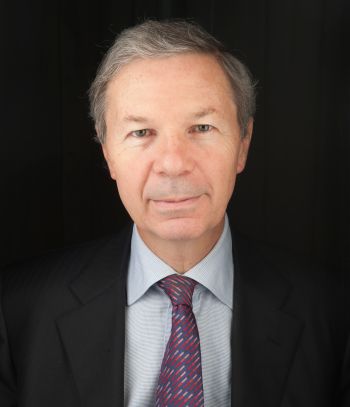 This optimism was tripped up by the tragedies that followed in the former Yugoslavia, Somalia, and Rwanda. U.N. peacekeepers were bystanders to horrible atrocities. Peacekeeping shrank rapidly.

By the end of the 1990s, common wisdom was that such missions were a thing of the past, and that from now on regional organisations would take charge.

Pundits were proven wrong, and in 1999 U.N. missions were deployed in quick succession to Kosovo, East Timor, and the Democratic Republic of Congo.

In terms of legitimacy and force-generation, they showed that the U.N. still had comparative advantages over all other organisations. But it was not at all clear if this was enough to allow the peacekeepers to succeed.

This was the turning point when I assumed the post of U.N. Under-Secretary-General for Peacekeeping Operations in 2000. Over the next eight years, I learned that reviving and rebuilding U.N. peacekeeping was much more than a managerial and military challenge.

The U.N. has reached a new turning point. Should the world double down on its investment, or cut its exposure before significant losses appear?

Today’s peacekeeping is a political enterprise whose success rests on the support of major powers, a viable political process between the parties to a conflict, and a wise and limited use of force.

This all came into vivid focus around the U.S.-led invasion of Iraq in 2003. The Security Council was divided, the U.N. was besieged by scandals and the U.S. administration was at best indifferent to the United Nations. Yet the renewed expansion of peacekeeping continued unabated. To this day, it has not been reversed, and some 107,000 peacekeepers are presently deployed in 16 missions.

In 2000, a panel of experts led by Lakhdar Brahimi, a former foreign minister of Algeria, had made recommendations to avoid a repetition of the disasters of the 90’s: strengthen and professionalise peacekeeping, and don’t deploy peacekeepers where there is no peace to keep. Fifteen years later, U.N. peacekeeping is more professionally managed, and yet, it is still in a very precarious situation.

The demands on peacekeeping have grown too fast, the operational role of the U.N. is clearly ahead of its capabilities, and most peacekeeping missions are deployed in places where war has only subsided, not ended. The U.N. has reached a new turning point. Should the world double down on its investment, or cut its exposure before significant losses appear?

The reality is that the U.N. cannot just cut and run: in South Sudan, more than 100,000 people are sheltered in U.N. compounds, and their lives would be at risk if the U.N. were to pull out. In the Democratic Republic of the Congo, the state remains very weak, and there is little confidence that the country would not slide back into chaos if the mission was abruptly withdrawn. What is to be done?

First, acknowledge that force indeed matters, and can provide indispensible political leverage. That means a further strengthening of the operational capacities of the U.N. An 8.47-billion-dollar budget looks enormous, but the fact is that the world is doing peacekeeping on the cheap. This apparently high figure is but a fraction of what the U.S. and NATO were spending in Afghanistan.

But subcontracting U.N. operations to organisations like NATO is not a viable strategy for the future: it is very costly, and politically discredited by the experience of Iraq and Afghanistan. Peacekeeping is all in the art of implementation, and when the U.N. is left outside the military chain of command, it quickly loses control over the political strategy.

There is no alternative to a direct U.N. operational role if peacekeeping is to retain a reputation of impartiality, but specific capacities are needed to be effective.

Western militaries, which have largely shunned U.N. peacekeeping since the end of the nineties, need to re-engage with U.N. peacekeeping in a significant way, either as blue helmets, or through ad hoc arrangements that will allow for the provision of quick reaction forces and dedicated assets.

Second, return to politics. It is unrealistic to expect a U.N. force – or any force for that matter, as the Iraq and Afghanistan experiences show – to impose a peace. An exclusive focus on military operations to protect civilians, as in Congo, can become a diversion.

An extensive definition of terrorism, which enrolls the U.N. in the so-called “war on terror”, is shrinking the political space in which it should operate. The most important contribution that the U.N. can make to peacemaking is not fighting; it is to support inclusive political processes.

The rhetoric of peacekeeping has been ahead of its reality, and we should not oversell it. It is an enormous responsibility to intervene in the life of others, and the path between irresponsible indifference and reckless activism is narrow.

To gain domestic support for foreign interventions, peace operations have been presented as opportunities to reengineer countries. As outsiders, we should be more modest.

A genuine international community, based on shared values, should remain our goal, but it will not exist unless we can shore up the imperfect states that are its building blocks. Many are crumbling faster than new structures can be built, but the international order is still based on their primary responsibility.

For an organisation of states like the U.N., this is an existential challenge. For the people who are the unwitting victims of collapsed states, this is a matter of life and death. Even if the risk of failure is always there, abstention should never be the option of choice.