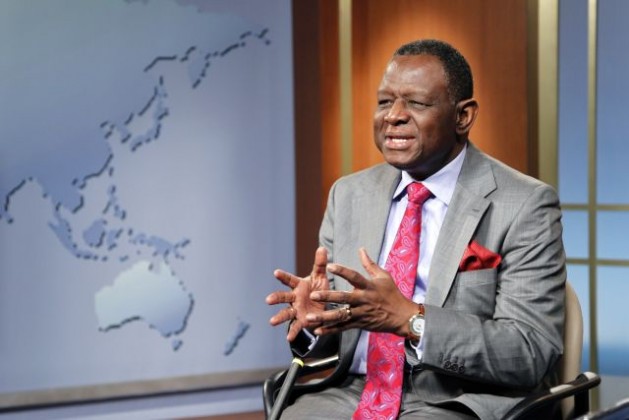 UNITED NATIONS, May 20 2015 (IPS) - Seventy years ago, with the founding of the United Nations, all nations reaffirmed their faith in fundamental human rights, in the dignity and worth of the human person, and in the equal rights of men and women and of nations large and small.

The commitment to fundamental human rights that was enshrined in the United Nations Charter and later in the Universal Declaration of Human Rights lives on today in many other treaties and agreements, including the Programme of Action of the 1994 International Conference on Population and Development.

There is a wealth of indisputable evidence that when sexual and reproductive health is integrated into broader economic and social development initiatives, it can have a positive multiplier effect on sustainable development and the well-being of entire nations.

The Programme of Action (PoA) , endorsed by 179 governments, articulated a bold new vision about the relationships between population, development and individual well-being.

And it was remarkable in its recognition that reproductive health and rights, as well as women’s empowerment and gender equality, are the foundation for economic and social development.

The PoA is also rooted in principles of human rights and respect for national sovereignty and various religious and cultural backgrounds. It is also based on the human right of individuals and couples to freely determine the number of their children and to have the information and means to do so.

Since it began operations 46 years ago, and guided by the PoA since 1994, the United Nations Population Fund has promoted dignity and individual rights, including reproductive rights.

Reproductive rights rest not only on the recognition of the right of couples and individuals to plan their families, but also on the right to attain the highest standard of sexual and reproductive health.

The impact of the PoA has been nothing short of revolutionary for the hundreds of millions of women who have over the past 21 years gained the power and the means to avoid or delay a pregnancy.

The results of the rights-based approach to sexual and reproductive health, including voluntary family planning, have been extraordinary. Millions more women have become empowered to have fewer children and to start their families later in life, giving them the opportunity to complete their schooling, earn a better living and rise out of poverty.

And now there is a wealth of indisputable evidence that when sexual and reproductive health is integrated into broader economic and social development initiatives, it can have a positive multiplier effect on sustainable development and the well-being of entire nations.

Recent research shows that investments in the human capital of young people, partly by ensuring their right to health, including sexual and reproductive health, can help nations with large youth populations realize a demographic dividend.

The dividend can help lift millions of people out of poverty and bolster economic growth and national development. If sub-Saharan Africa realized a demographic dividend on a scale realized by East Asia in the 1980s and 1990s, the region could experience an economic miracle of its own.

The principles of equality, inalienable rights, and dignity embodied in the United Nations Charter, the Universal Declaration of Human Rights and the Programme of Action are relevant today, as the international community prepares to launch a 15-year global sustainable development initiative that builds on and advances the objectives of the Millennium Development Goals, which come to a close later this year.

The new Post-2015 Global Sustainable Development Agenda is founded on principles of equality, rights and dignity.

Upholding these principles and achieving each of the proposed 17 new Sustainable Development Goals require upholding reproductive rights and the right to health, including sexual and reproductive health.

Achieving the proposed goal to ensure healthy lives and promoting well-being for all at all ages, for example, depends in part on whether individuals have the power and the means to prevent unintended pregnancy or a sexually transmitted infection, including HIV.

Human rights have guided the United Nations along the path to sustainability since the Organisation’s inception in 1945. Rights, including reproductive rights, have guided UNFPA along that same path for decades.

As we observe the 70th anniversary of the United Nations and look forward to the post-2015 development agenda, we must prioritise the promotion and protection of human rights and dignity for every person, for current and future generations, to create the future we want.