We Can Eliminate Hunger and Poverty Quickly with Greater Commitment

Jomo Kwame Sundaram was the Assistant Secretary-General for Economic and Social Development in the United Nations system during 2005-2015 and received the 2007 Wassily Leontief Prize for Advancing the Frontiers of Economic Thought. 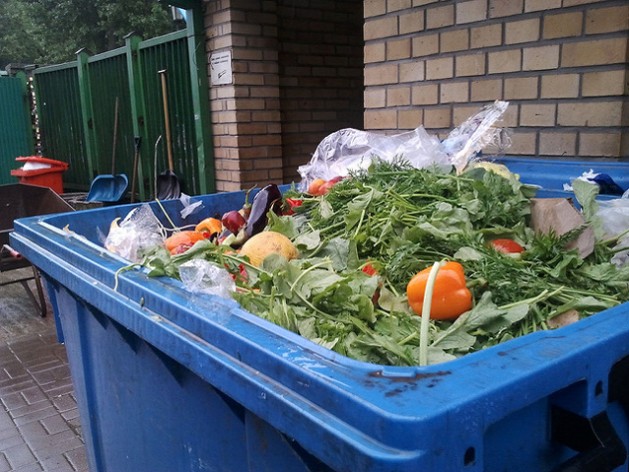 All those who currently go hungry in the world can be adequately fed with about two percent of current food production, much of which is wasted or lost. Credit: IPS

KUALA LUMPUR, Malaysia, Oct 17 2016 (IPS) - Why do people go hungry? Mainly because they do not have the means to get enough food, whether by producing it themselves or by purchasing it. There is more than enough food to feed the world. All those who currently go hungry can be adequately fed with about two percent of current food production, much more of which is wasted or lost. The main problem is one of distribution or access, rather than production or availability.

Inequality and poverty, and increasingly, ‘natural disasters’ and armed conflict in the world are at the core of the problem of world hunger. While there still is enough food to feed the growing world population, unequal distribution of resources, incomes and vulnerability mean that food security remains a challenge for localities, households, and individuals. Countries with persistent poverty and high population growth face the greatest challenges as the poor there are least likely to be able to raise incomes or mobilize resources to adequately feed themselves.

Despite some progress in reducing undernutrition, including micronutrient deficiencies, over the second half of the 20th century, almost 800 million people are still conservatively estimated by the UN’s Food and Agriculture Organization to be suffering chronic severe dietary energy (carbohydrate) undernourishment. About 30 percent of children in developing countries are stunted, suffering deficiencies of at least one key micronutrient.

In recent decades, diet-related non-communicable diseases, often associated with obesity, have become a serious public health concern in many countries, including in the developing world, with over two billion overweight, and consequently, more vulnerable to diet-related non-communicable diseases. Earlier this year, the UN General Assembly declared a Decade of Action Against Malnutrition following the 2014 Second International Conference on Nutrition.

Meanwhile, food systems – the processes by which food is produced, processed, distributed and consumed – and lifestyles have been changing rapidly in much of the world. More sedentary lifestyles with rising food consumption – especially of fats, oils, and sugars – have been particularly problematic.

Well-designed social protection programs can help improve nutrition for the most vulnerable, while appropriate interventions in food systems, health and education can be decisive. Healthy lifestyles remain a formidable challenge for most.

Among the factors influencing price volatility, crop harvests and policy interventions are the most important. With accelerating greenhouse gas emissions and global warming, the weather has become increasingly extreme and unpredictable. Consequently, unexpected supply shocks, due to output shortfalls, have become more common.

Bio-fuel mandates in the West have also exacerbated food price increases, especially of feedstock. To make matters worse, incentives promote conversion of food crops into bio-fuels – unlike some second generation bio-fuels produced from other plants grown on marginally arable land.

Thankfully, since the 2007-2008 price spike, financial speculation has been less significant despite price increases due to drought and harvest failures.

Food production, supply, and availability clearly matter. There are less hungry people today than in the mid-20th century because food supply expansion has continued to outstrip population and food consumption growth in the second half of the 20th century – thus lowering food prices. This may well have been the main reason for the decline of poverty as food costs are the main expense in determining poverty line incomes. However, although food prices generally declined during the second half of the 20th century, there was a reversal for almost a decade until 2012.

With decelerating population growth and rising life expectancy in many parts of the world, food supply will still need to increase, but less rapidly — by about 60% between now and 2050, much less than the 170% increase between 1961 and 2007. Without massive increases in land productivity, farmland will need to increase by some 70 million hectares globally, mainly in a few countries of Latin America and Africa. Yield improvements are expected to account for about 80% of crop production growth, with productivity improvements more modest than in the past.

At the third Financing for Development conference in Addis Ababa in July 2015, the Rome-based food agencies presented a simple, yet feasible plan to accelerate sustainable progress poverty and hunger by using social protection to accelerate productivity increases among the poor farmers. Considerable additional annual investments are required for research, development, and extension, including for climate adaptation.