This op-ed article by José Manuel Salazar-Xirinachs, regional director of the International Labour Organisation (ILO) for Latin America and the Caribbean, is part of the special IPS coverage on the occasion of International Women’s Day, celebrated March 8. 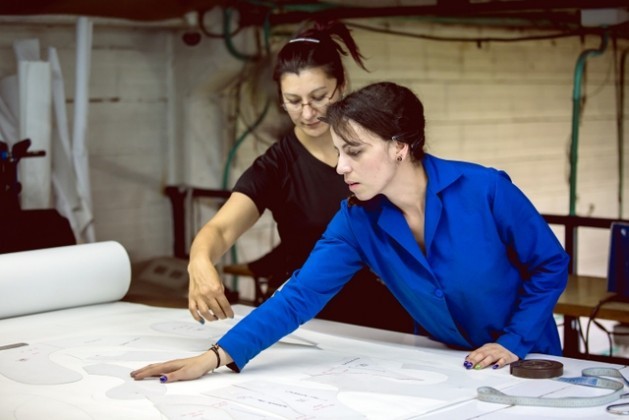 Two women working in a textile plant in the capital of Colombia. Nearly half of women of working age in Latin America and the Caribbean, 126 million, form part of the labour force. But they face a growing rate of unemployment, which could climb above 10 percent this year, a level not seen in two decades. Credit: J. Bayona/OIT

LIMA, Mar 6 2017 (IPS) - The participation of women in the labour market in Latin America and the Caribbean has steadily grown over the last few decades. But in 2017, as unemployment and informal work are on the rise, there is a continued need to push hard for gender equality in order to create more and better employment for the 255 million women of working age in this region.

Almost half of these women, 126 million, are already part of the labour force – a very important achievement that took many years to reach. Once more, however, it must be stressed that we cannot let down our guard.

Over the past year, as the wave of slow growth and in some cases of economic contraction which struck the region impacted on the labour market, generating a sharp rise in unemployment and also a decline in the quality of employment with respect to some indicators, it has become evident that this situation affects women to a larger extent.

The regional average unemployment rate for women shot up to levels not seen for over a decade in Latin America and the Caribbean, to 9.8 per cent – on the brink of two digits. If projections of slow economic growth for this year prove correct, the average rate could climb above 10 per cent in 2017. 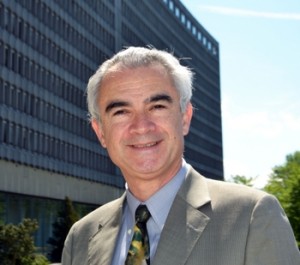 The unemployment rate for women grew 1.6 percentage points, compared to 1.3 percentage points for men. Of the five million people who joined the ranks of the unemployed, 2.3 million were women. This means that about 12 million women are actively looking for work, without success..

The participation of women in the labour force has continued to expand over the last year. At a national level (rural+urban), women’s participation has gone from 49.3 per cent to 49.7 per cent. An increase is always good news. However, it still remains well below the participation of men, which is 74.6 per cent.

The downside was that the demand for labour fell from 45.2 to 44.9 per cent in the case of women. It also dropped in the case of men, although the level remains much higher, at 69.3 per cent.
The latest ILO (International Labour Organisation) Labour Overview of Latin America and the Caribbean also noted that the decline in economic activity has been reflected in a drop in the number of wage-earners, a rise in the number of self-employed workers, and a decrease in formal sector wages, all of which are signs of an increase in labour informality.

The most recent estimates available regarding informality among women indicate that almost half of the female labour force works under these conditions, which generally mean labour instability, low incomes, and a lack of protection and rights.

Several aspects to be taken into account when analysing women’s labour participation have been identified, such as the fact that about 70 per cent of women who work do so in the retail trade and services sector, often in precarious conditions, for example, without contracts.

In addition, 17 million women in the region work as domestics. Women make up 90 per cent of domestic workers. In this sector, the levels of informality are still very high, around 70 per cent.

This description of the characteristics of women’s insertion in the labour market would not be complete without pointing out a notable aspect mentioned by the regional report on “Decent work and gender equality” by several United Nations agencies presented in 2013: in this region, 53.7 per cent of female workers have more than ten years of formal education, in contrast to just 40.4 per cent of men.

Moreover, 22.8 per cent of women in the labour force have tertiary education (complete or incomplete), by comparison to 16.2 per cent of men.

However, this does not prevent the persistence of a significant wage gap. A report by ECLAC (Economic Commission for Latin America and the Caribbean) noted that in 2016, according to available data, women earned 83.9 per cent of what men earned in similar jobs. The gap is still wider among men and women with higher educational levels.

These figures should serve as a wake-up call.

This issue is already part of the sustainable development goals set for all countries in the 2030 Agenda. Particularly, in Goal #5: “Achieve gender equality and empower all women and girls”, and is key for Goal #8 on economic growth and decent work. For the ILO, gender equality is a cross-cutting objective, present in all its activities.

We are facing a structural challenge, which must involve economic, social, and, as we know, cultural changes as well. It is necessary for governments as well as social actors to make the achievement of greater equality between men and women a top priority.

Formulas have to be sought to improve women’s productivity, stimulating their participation in more dynamic sectors, of medium to high productivity, while at the same time identifying the causes of labour market segregation.

To continue advancing towards equality in the labour market, it is necessary to resort to a combination of actions aiming at gender equality, including: active employment policies; network and infrastructure for caregiving and new policies for services for child care and care of dependent persons; strategies to promote the division of household responsibilities; improved education and vocational training; incentives for women entrepreneurs; increased social security coverage; and determined action to prevent and combat violence against women, including in the workplace.
Equality in employment remains one of the most important challenges for achieving a better future for workers in the region.