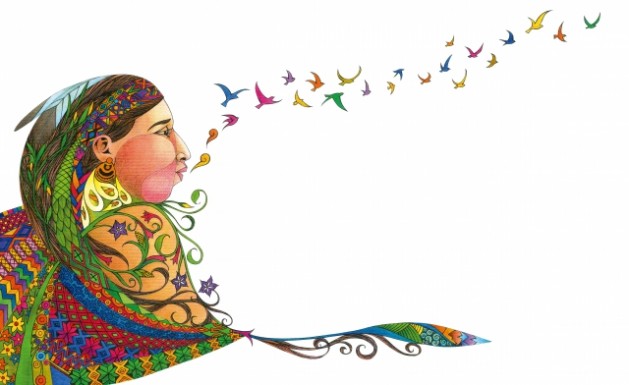 ROME, Apr 25 2017 (IPS) - It all happened on the very same day—4 April. That day, indigenous peoples were simultaneously characterised as fundamental allies in the world’s war on hunger and poverty, while being declared as collective victims of a “tsunami” of imprisonments in Australia. See what happened.

Australia must reduce the “astounding” rates of imprisonment for indigenous peoples and step up the fight against racism, on 4 April warned Victoria Tauli-Corpuz, the United Nations Special Rapporteur on the rights of indigenous peoples.

“Traditional indigenous knowledge and the diversity of their food systems can provide solutions for healthy diets, and many areas such as nutrition, climate change or ecosystem management” – Graziano da Silva

“It is alarming that, while the country has adopted numerous policies to address the socio-economic disadvantage of Aboriginal peoples and those from the Torres Strait Islands, it has failed to respect their rights to self-determination and to full and effective participation in society,” she added at the end of an official visit to Australia.

Tauli-Corpuz said that the Australian government policies have failed to deliver on targets in the areas of “health, education and employment and have led to a growing number of people being jailed, and have resulted in an increasing number of children being removed from their homes in Aboriginal and Torres Strait Islander communities.”

“High rates of incarceration were described to me as a “tsunami” affecting indigenous peoples. It is a major human rights concern. The figures are simply astounding. While Aboriginal and Torres Strait Islanders make up only 3 per cent of the total population, they constitute 27 per cent of the prison population, and much more in some prisons,” she stressed.

“I visited Cleveland Youth Detention Centre in Townsville, Queensland, where Aboriginal and Torres Strait Islander children constitute 95 per cent of the children detained. Many have been going from out-of-home care into detention,” Tauli-Corpuz said, adding that aboriginal children are seven times more likely than non-Indigenous children to be in contact with the child protection system or to be subject to abuse or neglect.

“… I urge Australia to increase the age of criminal responsibility. Children should be detained only as a last resort… These children are essentially being punished for being poor and in most cases, prison will only aggravate the cycle of violence, poverty and crime. I found meeting young children, some only 12 years old, in detention the most disturbing element of my visit.”

The UN expert expressed criticism of the government programme known as the Indigenous Advancement Strategy, which was initiated in 2014 and involved a large budget cut in funding for support programmes. “The implementation of the strategy has been bureaucratic, rigid and has wasted considerable resources on administration.”

Tauli-Corpuz called on the government to forge a new relationship with the national representative body for indigenous peoples, the National Congress of Australia’s First People, and restore their funding.

She also expressed concern that the government would not meet targets to close the gap in areas such as “life expectancy, infant mortality, education and employment,” and called for a comprehensive approach including specific targets for the “reduction of detention rates, child removal and violence against women.”

That very same day–4 April, the head of the United Nations body specialised in the areas of food and agriculture, was welcoming in Rome a group of indigenous youth representatives from the indigenous peoples’ seven socio-cultural regions of the world.

In his address to the Global Indigenous Youth Caucus meeting in the Italian capital (5-7 April), Graziano da Silva, director general of the UN Food and Agriculture Organization (FAO), said that indigenous peoples are “fundamental allies” in the fight against hunger, food insecurity and poverty “because of their wealth of ancestral knowledge and good practices.”

In a world in which climate change brings new challenges and uncertainties, we cannot eliminate hunger without the participation of youth, said da Silva, noting that “they must participate in these issues that will affect their children and their children’s children. Let’s work together and do it right now.”

The Sustainable Development Goals provide an opportunity for countries, indigenous organisations and the United Nations to work together to make an impact starting now through to 2030, he added, while reminding that since the creation of its Indigenous Peoples team in 2014, FAO is strengthening its work with indigenous organisations based on a double approach:

“On the one hand, we consider indigenous peoples as fundamental allies in the fight against hunger, food insecurity and poverty because of their wealth of ancestral knowledge and good practices.

“On the other hand, “we are aware that the lack of recognition of their rights in the management of natural resources and the marginalization they suffer places them in a vulnerable position. I speak above all of your ancestral rights to land tenure.”

Da Silva referred to the indigenous food systems, noting that traditional indigenous knowledge and the diversity of their food systems can provide solutions for healthy diets, and many areas such as nutrition, climate change or ecosystem management.

Working with indigenous women’s leadership schools, he added, has enabled fellow indigenous women to gain access to training on rights, food security and other areas of interest such as the use of local seeds, voluntary guidelines on land tenure, guides on artisanal fisheries, etc.

The Rome meeting of the Global Indigenous Youth Caucus coincided with the celebration of the tenth anniversary of the United Nations Declaration on the Right of Indigenous Peoples.