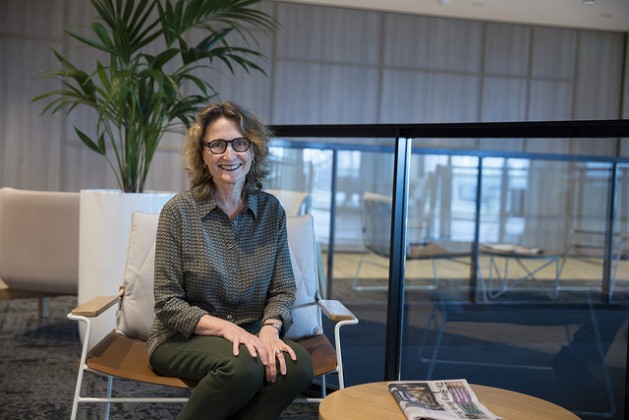 SYDNEY, Apr 11 2017 (IPS) - Science and medicine were not subjects of dinnertime conversations in the Norton household in Christchurch, New Zealand, but Professor Robyn Norton grew up observing her parents’ commitment to equity and social justice in improving people’s lives. It left an indelible impression on her young mind.

Her high school years coincided with the women’s movement reaching its peak. She got drawn into thinking about addressing women’s health issues and moved to Sydney, Australia to enroll in a Master’s in Public Health.

Norton feels its time the global health agenda expands from a predominant focus on women’s reproductive organs to include women’s whole bodies — and the NCDs, such as heart disease, stroke, cancer, chronic respiratory disease and diabetes.

“It was a light bulb moment for me. At that time, women’s reproductive rights and the high rates of maternal and infant mortality were paramount in global and women’s health agendas, which in the next 30 years would result in significant improvements in maternal health. Since then the burden of disease has changed. Today, the single highest cause of death for women in every single country is non-communicable diseases [NCDs] and injuries,” says Professor Norton, who is the co-founder and Principal Director of the George Institute for Global Health, a not-for-profit medical research institute that aims to increase the provision of safe, effective and affordable healthcare worldwide.

In 1999, she co-founded the Institute with Professor Stephen MacMahon for three main reasons. First, a recognition that the global burden of disease had changed, particularly in lower and middle-income countries where NCDs and injuries were emerging as a leading cause of death and disability. Secondly, the expertise to manage the emerging epidemic of NCDs and injuries was not available in these countries. Thirdly, most of the global collaborations between the high income and low income countries were still focused on maternal and child health and under nutrition.

“Global health policymakers needed to acknowledge and address these issues. Our expertise in NCDs and injuries, along with working in low and middle income countries, made it the right time to set up the Institute. The Institute of Health Metrics and Evaluation study, which emphasised the growing importance of NCDs and injuries was release around the same time, providing a significant impetus for us to move forward,” says Norton, who is Professor of Global Health at the University of Oxford and Public Health at the University of Sydney.

The Institute founders chose to partner with the University of Sydney as they felt geographically Sydney would be a natural hub for collaborations, particularly in the Asia-Pacific region. Soon the Institute began collaborative partnerships for research in India.

“We realised that if we were to make a difference in the world, we had to be in a country with a huge population. India also fitted our original idea because it was going through a transition with triple burden of disease and changing demographics. It was starting to see under nutrition co-existing with over nutrition; infectious diseases beginning to co-exist with the growing incidence of cardiovascular diseases and strokes,” explains Norton.

The model of an external organisation partnering with colleagues in India to particularly address NCDs and injuries was a relatively new one for India. The Institute’s biggest challenge was to raise the importance of NCDs and the need to address the burden of these diseases, which account for seven of the top 10 killers of women, and 18 million women around the world die from them each year.

Norton feels its time the global health agenda expands from a predominant focus on women’s reproductive organs to include women’s whole bodies — and the NCDs, such as heart disease, stroke, cancer, chronic respiratory disease and diabetes.

This year marks the 10th anniversary of the George Institute in India. “We have laid the foundation in India for growing the institute with a larger critical mass and greater impact. We would like to produce research that impacts on policy and practice that ultimately leads to reduction in NCDs and injuries and greater access to healthcare for a larger proportion of the populace,” she adds.

Evidence shows that there is a lack of gender sensitive research, data and policy, which is impeding gender equity in health. The Institute has joined a global call for a gendered approach to the collection and utilisation of health data.

Says Norton, “As we deepen our understanding of how the human body works, we know that women and men respond differently to disease and to possible interventions. We are also beginning to understand that health systems respond differently to women and men such that both access to care and the quality of care differs. Yet, far too commonly, there is no delineation of gender in health data, and women are underrepresented in many scientific and clinical studies.”

To improve the health of women and girls in developing countries, Norton says, “We have to look at the leading causes of death and disability and then allocate resources into addressing those issues. We now know that seven out of 10 causes of death and disability for women in India are NCDs. It is critical to begin with making women understand the risk factors of NCDs and how best to prevent and manage those.”

She suggests restructuring the health services and utilising existing workforce by retraining them to integrate NCDs. “India has enormous resource in the cadre of Accredited Social Health Activists [ASHA], who have been focusing on improving the health of women during pregnancy. If we can look at ways of upskilling them then it is going to be incredibly important as part of the process of bringing more women into the health sector.”

“The approach we are taking is three-fold. First, looking at ways to make generic drugs more widely available. Secondly, combining drugs, for example four pills into a single pill, to keep costs low and ensure greater adherence. Thirdly, training non-physician healthcare workers and equipping primary healthcare centres to provide quality care, so people have the confidence in their quality of care and realise that they don’t need to travel miles to a tertiary healthcare centre or pay lots of money to see a specialist for everyday illnesses,” she adds.

The other issue close to her heart has been road traffic injuries. She is the Chair Emeritus of the World Bank and the World Health Organisation supported Road Traffic Injuries Research Network, which is aimed at building research capacity and agendas to address the growing burden of road traffic injuries in low and middle income countries.

“It has been a tendency to think about road traffic injuries as an accident or an act of God rather than a health problem. We have to take the same scientific approach to injury as we have used, for example, to address heart disease. Injuries in many respects fall between the world of infectious diseases and NCDs. Ten percent of people die as a result of injuries worldwide and the burden of injuries mostly rests on adolescents and young pre-middle aged people,” says Norton.

She feels India needs to look at the data and causative factors, monitor it and then intervene, to address the causes of road traffic accidents.

“We know that speeding, drink driving, not wearing helmets, seatbelts and child restraints, are some of the key factors associated with road traffic injuries. If we focus on educating the public on those issues, along with introducing and enforcing legislation, it would make a huge difference in India. We need advocacy and leadership by governments, non-governmental organisations and academics, such as ourselves, to take these issues together,” she adds.

*Neena Bhandari is a Sydney-based journalist and president of the Foreign Correspondents’ Association (Australia and South Pacific).