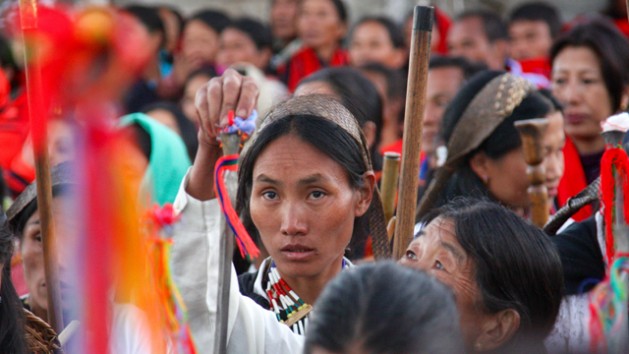 ROME, May 26 2017 (IPS) - Asia is home to the largest number of indigenous peoples on Earth, with an estimated 260 million of a total of 370 million original inhabitants worldwide. In spite of their huge number-equaling half of the combined population of Europe– they are often victims of discrimination and denial of their rights.

With its 4.4 billion inhabitants, Asia is, in fact, one of the most culturally diverse regions in the world. “Indigenous peoples live in all the Asian countries,” said to IPS Signe Leth, Senior Advisor on women and land rights in Asia at the International Working Group for Indigenous Affairs (IWGIA).

However, Asian indigenous peoples face problems such as denial of self-determination, the loss of control over their land and natural resources, discrimination and marginalisation, heavy assimilation pressure and violent repression by state security forces, she explained. 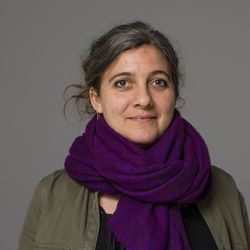 “Several countries have legislations that to some extent protect the rights of indigenous peoples, like the Philippines, India and Nepal, Signe Leth said.

“These rights are, however, systematically watered down, often simply ignored or overruled.”

Asked about the Asian indigenous peoples knowledge and their contribution as custodians and protectors of nature, the IWGIA’s expert explained to IPS that they fight against forest degradation, protect biodiversity, and lead a sustainable life with respect for the surrounding nature.

“However, they are often fighting highly powerful forces trying to exploit their areas – even paying for it with their lives.”

The Copenhagen-based IWGIA on 25 April launched its report “The Indigenous World 2017,” which focuses on the state of indigenous peoples worldwide, on the occasion of the tenth anniversary of the United Nations Declaration on the Rights of Indigenous Peoples.

The IWGIA report, elaboration of which counted on over 70 contributors from all over the world, was released during the UN Permanent Forum on Indigenous Issues meeting (24 April—5 May).

In India, 461 ethnic groups are recognised as “Scheduled Tribes.” They are considered to be India’s indigenous peoples, according to IWGIA‘s independent authors.

In mainland India, the Scheduled Tribes are usually referred to as Adivasis, which literally means indigenous peoples. With an estimated population of 84.3 million, they comprise 8.2 per cent of the country’s total population.

“There are, however, many more ethnic groups that would qualify for Scheduled Tribe status but which are not officially recognized. Estimates of the total number of tribal groups are as high as 635.”

The largest concentrations of indigenous peoples are found in the seven states of North-East India, and the so-called “central tribal belt” stretching from Rajasthan to West Bengal, according to the IWGIA Indian chapter’s independent authors.

“India has a long history of indigenous peoples’ movements aimed at asserting their rights”.

This Asian giant has several laws and constitutional provisions, such as the Fifth Schedule for mainland India and the Sixth Schedule for certain areas of North-East India, which recognise indigenous peoples’ rights to land and self-governance.

“The laws aimed at protecting indigenous peoples have, however, numerous shortcomings and their implementation is far from satisfactory.”

The International Working Group for Indigenous Affairs also reminds that the Indian government voted in favour of the UN Declaration on the Rights of Indigenous Peoples (UNDRIP) in the UN General Assembly in 2007.

“However, it does not consider the concept of “indigenous peoples”, and thus the UNDRIP, applicable to India.”

Meanwhile, China officially proclaims itself a unified country with a multiple ethnic make-up, and all ethnic groups are considered equal before the law, IWGIA notes quoting the independent authors of this chapter on China, adding that besides the Han Chinese majority, the government recognises 55 ethnic minority peoples within its borders.

According to China’s sixth national census of 2010, the population of ethnic minorities is 113,792,211 persons, or 8.49 per cent of the country’s total population.

“However, there are still “unrecognised ethnic groups” in China numbering a total of 734,438 persons (2000 census figure), according to the Copenhagen-based Group. Most of them live in China’s South-West regions of Guizhou, Sichuan, Yunnan and Tibet.”

The officially recognised ethnic minority groups have rights protected by the Constitution, remind the IWGIA China chapter’s independent authors, explaining that this includes establishing ethnic autonomous regions, setting up their own local administrative governance and the right to practise their own language and culture.

Anyway, IWGIA clarifies, the Chinese (PRC) government does not recognise the term “indigenous peoples”, and representatives of China’s ethnic minorities have not readily identified themselves as indigenous peoples, and have rarely participated in international meetings related to indigenous peoples’ issues, say the independent authors of the IWGIA’s chapter on China.

“It has therefore not been clearly established which of China’s ethnic minority groups are to be considered indigenous peoples.”

“The Chinese government voted in favour of the UN Declaration on the Rights of Indigenous People (UNDRIP) but, prior to its adoption, had already officially stated that there were no indigenous peoples in China, which means that, in their eyes, the UNDRIP does not apply to China.