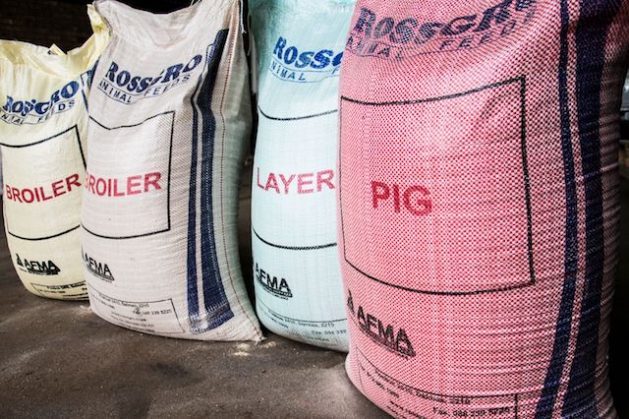 With 3000 Ha of maize and 1000 Ha of soya, as well as 1,500 heads of beef cattle, Rossgro mills its own feed, which also caters for millions of chickens housed in 40 environmentally controlled houses.

Africa’s young, dynamic population has the potential to lead an economic revival in the region, backed by targeted long- and short-term reforms in key areas.

But Smalle is uncertain about the future of the poultry business, not only in South Africa but the whole continent.

He recalled how the US and Europe exported millions of tonnes of chicken meat to the then Soviet Union (now Russia). Historically, Russia was the major importer of America’s dark meat. According to available data, in 2009 alone, Russia is said to have doled out 800 million dollars for 1.6 billion pounds of U.S. leg quarters.

But in 2014, Russian President Vladimir Putin banned U.S. chicken from Russian shores, allegedly because it was treated with ‘unsafe’ antimicrobial chlorine. The ban remains in place, although some say it’s more about politics than public health.

Either way, according to Smalle, the ban “has led America and Europe to look for alternative markets to dump brown meat because most of the First World eats white meat, so they are dumping chicken in the third world, especially Africa. We should stand together and work with our governments to stop imports or put high tariffs so that they can’t dump it anymore.”

In a chicken, white meat refers to the breast and wings while legs and thighs are considered red/dark meat. The nutritional difference is fat content. White meat is a leaner source of protein, with a lower fat content, while dark meat contains higher levels of fat, hence the developed world preference for white meat on health grounds.

Smalle believes this state of affairs is hurting African poultry industry competitiveness where the average cost of raising a chicken is far much higher than in the developed world. He says most African farmers rely on bank loans from banks while their European and American counterparts are heavily subsidised by their governments.

“It’s going to kill the whole poultry industry in Africa if nothing is done to reverse the trend; they have subsidies which the African farmer does not have,” Smalle told IPS, citing the South African poultry industry, where he says a third of the workers have lost their jobs because firms have been pushed out of business.

Under free market economics, Smalle’s arguments might seem out of order. But the latest Africa Competitiveness Report 2017 jointly issued by the African Development Bank, World Bank and World Economic Forum seems to support the continent’s argument.

The report warns that without urgent action to address stagnating levels of competitiveness, Africa’s economies will not create enough jobs for young people entering the job market, adding that if current policies remain unchanged, fewer than one-quarter of the 450 million new jobs needed in the next 20 years will be created.

The biennial report comes at a time when growth in most of the region’s economies has been slowing despite a decade of sustained growth, and is likely to stagnate further in the absence of improvements in the core conditions for competitiveness.

Compounding the challenge to Africa’s leaders is a rapidly expanding population, which is set to add 450 million more to the labour force over the next two decades. Under current policies, only an estimated 100 million jobs will be created during this period.

Africa’s young, dynamic population does, however, possess the potential to lead an economic revival in the region, backed by targeted long- and short-term reforms in key areas, the report finds.

“To meet the aspirations of their growing youth populations, African governments are well-advised to enact polices that improve levels of productivity and the business environment for trade and investment,” says the World Bank Group’s Klaus Tilmes, Director of the Trade & Competitiveness Global Practice, which contributed to the report.

“The World Bank Group is helping governments and the private sector across Africa to take the steps necessary to build strong economies and accelerate job creation in order to benefit from the potential demographic dividend.”

Some of the bottlenecks and solutions include strengthening institutions, which experts believe is a pre-condition to enable faster and more effective policy implementation; improved infrastructure to enable greater levels of trade and business growth; greater adoption of technology and support to developing value-chain links to extractive sectors to encourage diversification and value addition.

The World Economic Forum’s Richard Samans, Head of the Centre for the Global Agenda and Member of the Managing Board, believes that “removing the hurdles that prevent Africa from fulfilling its competitiveness potential is the first step required to achieve more sustained economic progress and shared prosperity.”

The Africa Competitiveness report was released in May during the 27th World Economic Forum on Africa in Durban, South Africa, attended by more than 1,000 participants under the theme “Achieving Inclusive Growth through Responsive and Responsible Leadership.”

The report combines data from the Forum’s Global Competitiveness Index (GCI) with studies on employment policies and city competitiveness.