Lisa Stadelbauer is the High Commissioner-designate of Canada to Kenya, Rwanda, Uganda; the Ambassador-designate to Somalia, Burundi; and Permanent Representative to the United Nations, Nairobi. She is a career diplomat with over 25 years in the Canadian Foreign Service. 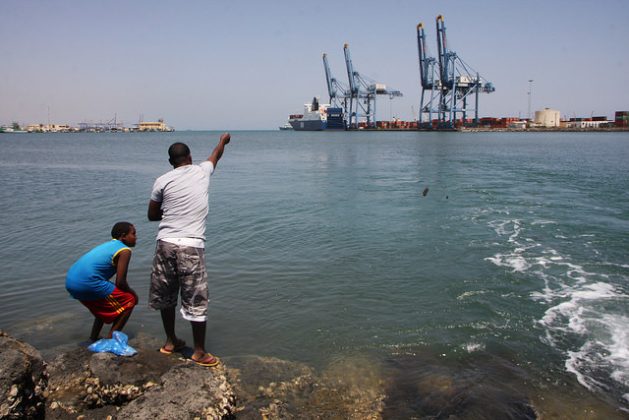 Djibouti, situated at the Horn of Africa, has an increasing network of ocean ports. The blue economy is about the shipping industry, which is essential to trade; tourism and recreation. Credit: James Jeffrey/IPS

NAIROBI, Nov 24 2018 (IPS) - Throughout history, oceans, seas, lakes and rivers have provided life and livelihoods to people around the world. Today, they are a multi-trillion-dollar global economy supporting hundreds of millions of people and helping drive economic growth in all corners of the world.

But the true potential of the blue economy has not been fully captured.

In Canada, we understand the importance of water. Not only does Canada have the largest coastline in the world, we border three oceans and hold 20 percent of the world’s freshwater resources. Our waters also drive a marine economy which supports roughly 350,000 jobs and contributes close to 35 billion Canadian dollars to our country’s GDP.

Crucially though, with proper stewardship, those waters have also come to play a key role in not just creating good jobs and expanding industry, but in promoting and supporting inclusivity.  As innovative projects in Canada have shown, we can preserve the marine environment and improve livelihoods at the same time. Indigenous communities have a special relationship with our waters, and their stewardship, cultures and knowledge are helping to keep our lake, river and ocean ecosystems healthy.

Canada made the blue economy a cornerstone of its G7 presidency this year, shepherding the Charlevoix Blueprint for Healthy Oceans, Seas, and Resilient Coastal Communities and the Oceans Plastics Charter. We invited countries from outside the G7 – including Kenya – for a dedicated conversation on oceans. Additionally, last week Canada held its first leader to leader engagement with the Pacific Islands Forum where Prime Minister Trudeau demonstrated Canada’s continued commitment to supporting those countries faced with the existential and immediate threat of climate change. We see the Sustainable Blue Economy Conference as a natural extension of our work, and when approached to co-host the conference with Kenya, we had no hesitation in accepting.

Furthermore, this conference will help us continue the important work of meeting the goals of the 2030 Agenda for Sustainable Development. Goals five and fourteen, in particular, emphasise the importance of achieving gender equality, and conserving and sustainably utilising the oceans, seas and marine resources. It is our hope that the conference serves to reinforce our collective implementation of this critical agenda.

We are thrilled that a global conference of this magnitude and importance is taking place in Africa, where the potential for the blue economy is enormous.  Almost three quarters of African countries have a coastline or are themselves islands, and the total continental coastline is over 47,000 km.  When we add the riches of African rivers and lakes, we can understand the impact that a prosperous, inclusive and sustainable blue economy can have on communities. 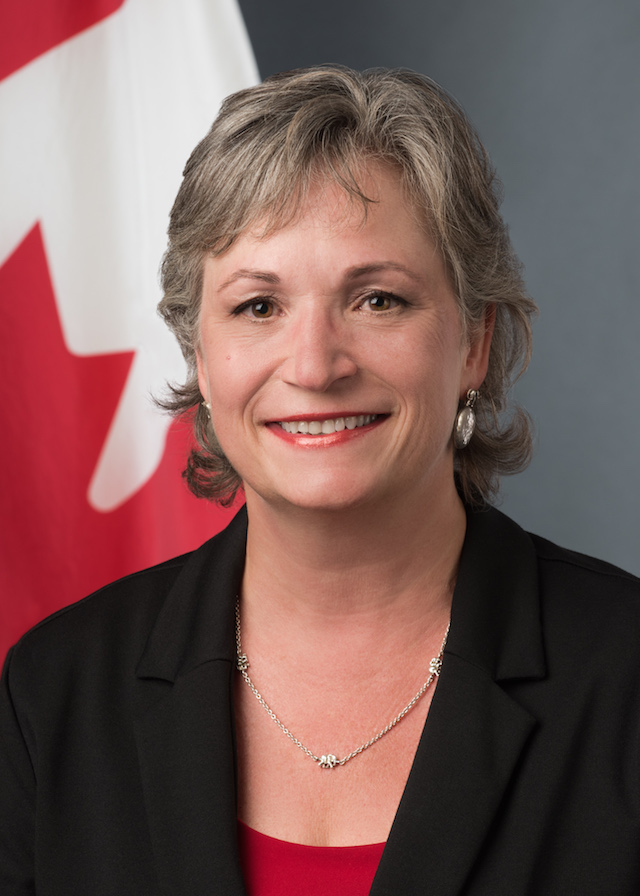 Lisa Stadelbauer is the High Commissioner-designate of Canada to Kenya, Rwanda, Uganda; the Ambassador-designate to Somalia, Burundi; and Permanent Representative to the United Nations, Nairobi.

When we say “blue economy” we are not only talking about fish. We are also talking about the shipping industry, which is essential to trade; tourism and recreation, which is so important to the Kenyan economy; and energy. The International Energy Agency says ocean renewable energy can potentially supply more than four times current global energy demand. Canada is a leader in harnessing tidal power, and Africa could look to do the same, complementing other exciting work in renewable energy on the continent, such as wind, solar and geo-thermal.

But it is important to remember that this is not just an African conference, it is a global conference. Oceans and seas know no boundaries and successfully harnessing their potential can only be done with global co-operation. It would be a short-sighted to think otherwise.

Canada’s contribution of two million dollars will help ensure the meaningful participation of delegates from seventy Small Island Developing States and other developing countries representing governments, academia, and civil society organisations, with a strong focus on women leaders in the sector.

The Sustainable Blue Economy Conference is special in that it is the first conference to bring scientists, innovators, businesses, academics and civil society together with heads of state, ministers and policymakers in one forum around these issues.  It is a chance for people from all over the world to exchange ideas, experiences and the latest scientific advances and innovative solutions to allow us to conserve and sustain the waters that underpin the blue economy as we look at the same time to use them help spread wealth and prosperity.

There is often a misunderstanding that economic growth and environmental protection must be mutually exclusive. This is far from the case with the blue economy, as innovative projects and initiatives from all parts of the world have shown, and will be showcased at the conference.

Canada also sees this conference as an opportunity to promote a stronger role and voice for women in the blue economy. We cannot expect to reap the benefits of the blue economy if half of the population is left behind. Research shows that 85 percent of workers in the ocean economy in the Global South are women, but very few of them are in senior or leadership positions. We need to make sure that their voices and ideas are heard, and that they are able to access high value jobs, in all sectors of the blue economy.

In 2017, Canada launched its first ever Feminist International Assistance Policy. In short, women and girls are at the heart of Canada’s approach to development. The policy recognises that supporting gender equality is the best way to build a more peaceful, inclusive and prosperous world.  So, Canada’s vision for the blue economy is one that is transformative and inclusive. Investments in the blue economy should ensure that the benefits of this economic growth are equally distributed, including amongst the most vulnerable and marginalised people.

Meaningful youth employment is critical for the success of our economies, and we think that the blue economy offers real opportunities to create good jobs, and harness the creativity, energy, and innovation of young minds.

Canada is supporting the Youth Pre-Conference, and a side event at the conference itself focused on Women of the Blue Economy, to broaden and highlight the discussion on inclusion. We also hope that the issue of gender in particular will be raised in all conference panels.

The blue economy has the potential to support and improve the lives of hundreds of millions of people around the world in both developed and developing countries.  Under good global stewardship, it can also be environmentally sound, socially responsible and economically prosperous for all.

The Sustainable Blue Economy Conference is a global first and a chance to lay the foundations for a sustainable, inclusive and prosperous future involving our oceans, seas, lakes and rivers. We must make sure that together we take that opportunity. Now is the time for action