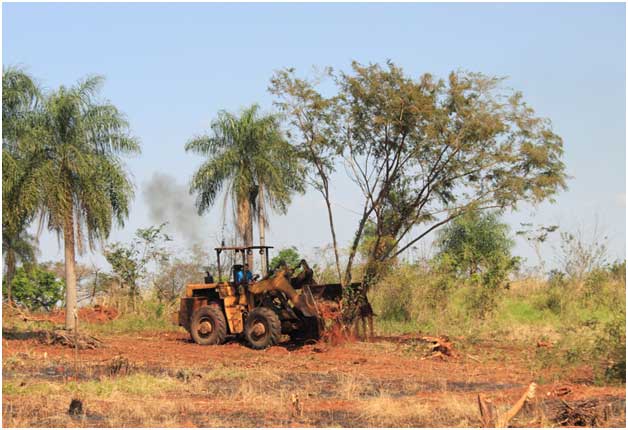 ASUNCION, Paraguay, Jul 2 2019 (IPS) - The statistics are alarming. By 2050, the world will require an estimated 60 percent growth in agricultural production to meet the food demand of a population of close to 9 billion people.

While we ramp up production to ensure food security, it is crucial that this increase has minimal impact on the environment and forests. This is vital to preserve tropical forests and to meet the climate objectives of the Paris Agreement.

The recent Intergovernmental Panel on Science and Policy on Biodiversity and Ecosystems (IPBES) reports that between 1980 and 2000 more than 100 million hectares of tropical forests were devastated globally. More than 40 percent of this loss occurred in Latin America mainly due to the expansion of livestock.

So, what we do in one sector will without a doubt affect another. About 24 percent of Greenhouse Gas (GHG) emissions are now are caused by agriculture and deforestation, and about 33 percent of efforts to mitigate climate change depend on forest conservation and ecosystem restoration.

Paraguay is at the heart of this story. It is home to large swaths of wetlands and forests. The country is the world’s fourth largest exporter of soy and the eight largest exporter of beef. Both sectors contribute to more than 30 percent of Paraguay’s Gross Domestic Product (GDP). 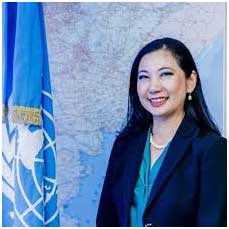 Now, in an effort to confront those challenges, Paraguay is leading the way in the region to address the causes of deforestation. It is convening a “Forests for Sustainable Growth” strategy, and it is promoting new alternatives for the sustainable production of soy and beef that have been designed jointly with stakeholders.

The project is in partnership with the United Nations Development Programme (UNDP) through its Green Commodities Programme and aims to protect the Atlantic Forest of Alto Parana in the Oriental Region of the country by promoting sustainability in the soy and beef commodities supply chain.

This initiative funded by the Global Environmental Facility (GEF), co-financed by the Ministry of Agriculture and Livestock, the National Forestry Institute, the Sustainable Finance Roundtable, ADM Paraguay SRL, Louis Dreyfus Company, and Cargill, is aimed at supporting farmers like Juan Antonio Secchia.

In 1990, Secchia received 600 hectares of land from his grandfather in Caazapa, a department located in the Oriental Region, where the Atlantic Forest of Alto Paraná is allocated.

When Secchia started farming on his San Isidro ranch, he had about 300 head of cattle that produced milk. In 2012 in an effort to increase productivity, Juan Antonio decided to innovate, to optimize the use of his land by investing in the silvopastoral system. This alternative production system combines trees, pasture, and animals, to preserve the environment. 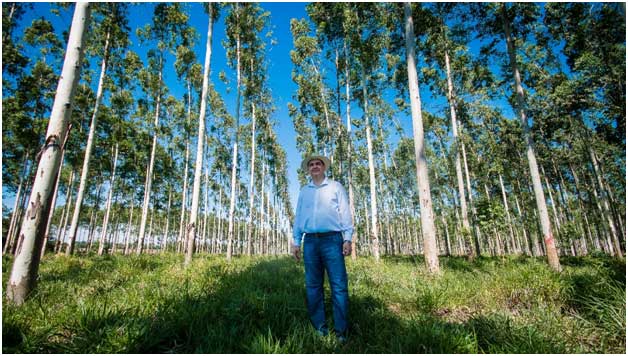 In 2018, the private sector and the National Government supported him so he could expand the silvopastoral system, to another 40 hectares of his farm. Now, he has doubled his cattle herd from 300 to 600, increasing milk production by 100 liters a day.

Besides Secchia, other 3 farms have received support to adopt the silvopastoral system. More than 133,000 seedlings were donated to plant trees, to protect the soil, and to provide a better environment for raising cattle.

The success of the system has led to a new goal: to double the area of silvopasture to 400 hectares, this year, to advance the conservation of natural resources, and improve beef production.

The government along with UNDP has created a National Platform for Sustainable Commodities, a space for dialogue that reunites stakeholders for the first time to discuss needs and actions to achieve sustainability in the commodities supply chain and to protect the environment.

Such efforts were expanded to the Occidental Region through the Green Chaco Project. The Chaco is the second-largest forest ecosystem in Latin America, with rich biodiversity, that accounts for about 60 percent of Paraguayan territory, where less than three percent of the population lives. Yet, it is home to 45 percent of the national dairy production, and a vast portion of the nation’s cattle farms.

For the Paraguayan Government, addressing deforestation promises multiple wins for climate change, for inclusive sustainable development, for economic growth, and for farmers. But success will come only if we all act together, now.