IBADAN, Nigeria, Apr 8 2021 (IPS) - From small towns to big cities, sub-Saharan Africa has the fastest urban growth rate in the world. The continent’s population is expected to double by 2050 with the youth representing 60% of the overall population.

The UN Department of Global Communication, for example, projects that for the next 15 years urban growth is set to double for several African cities: Dar es Salaam will reach over 13 million inhabitants and Kampala will exceed seven million. 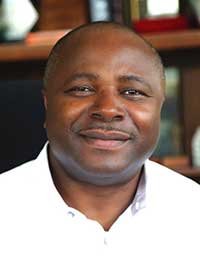 Alongside this explosion in urban areas, rural population growth remains strong too. The FAO’s Rural Africa in Motion Atlas sees sub-Saharan Africa’s rural numbers increasing by 63 percent by 2050 and the region remaining the only one in the world where the rural population will continue to grow after 2050.

Rural exodus in African cities is often linked to a search for greener pastures—which creates challenges such as high unemployment rates, low income, food insecurity, and persistent poverty. There is therefore a need to respond to the needs of the growing population in a sustainable manner. Tackling unemployment is thus a crucial step towards addressing these needs—especially in the current COVID-1 context.

Engaging the youth in agribusiness

The youth, despite representing the majority of the population, still feel marginalized from the economic mainstream. Their expectations are suffocated by market demands and limited opportunities. Higher education is growing faster than the economies, the job market is saturated, and skill shortage and lack of exposure to technology remain a constraint for African youth to integrate a career track. Some of those unable to find white-collar employment return demoralized to their rural homes or take up menial jobs, or worse, remain unemployed.

There is a need for a systemic change that targets Africa’s youth. Similarly, there is a need for an economic model that is youth-friendly at all levels. Such a model will potentially create a niche market that will cater for graduates, early-career takers, and to some extent non-school educated youth that remain vulnerable to political manipulation. A sustainable development agenda can only be fully realized if youths are mobilized, incentivized, energized, and equipped for transformation.

Writing on the status of youth in agriculture in sub-Saharan Africa, David Sarfo Ameyaw and Eugenie Maiga note that rapid economic growth over the past 15 years has not been ‘pro-poor’, occurring primarily in sectors generating relatively few employment opportunities for youth. 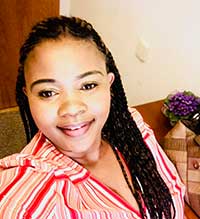 The response to youth unemployment does not lie only in the creation of employment—they are also potential employers and entrepreneurs. As a result, growth needs to be promoted in sectors that can create viable youth-friendly opportunities. Agriculture is, among others, one of those sectors owing to its capacity to improve economic growth, food security, and income through farming. Value-chain and value addition activities open a window of opportunities for various layers of the population in a manner that is inclusive and applicable to all. Yet, agriculture is key to responding to Africa’s growing population needs.

The International Institute of Tropical Agriculture (IITA) has invested several efforts to expose the population at large and the youth in particular to the advantages of agriculture through its various programs. For instance, IITA has, for the past 8 years invested in empowering youth as actors in agriculture through training, research, employment, and entrepreneurship. This approach does not only create employment for the youth but prepares them to create employment themselves. IITA is driving the creation of youth programs that will play their role in transforming agriculture to provide Africa with a food secure future.

Agriculture employs over 60 percent of the working population in sub-Saharan Africa, excluding South Africa, and contributes about 30 percent of gross domestic product in most countries. Yet evidence in this area indicates that youth’s contribution to this sector remains marginal.

As Elizabeth Ssendiwala and Akinyi Nzioki write in Youth and Agricultural Productivity, agriculture has to be profitable, competitive, and dynamic to attract youth. Youth tend to perceive farming as an occupation for the aged, illiterate, and for people living in rural areas—which sustains the negative perception about agriculture. There is a need to create an enabling environment that on the one hand demystifies agriculture and on the other hand links it to technological evolution for it to be appealing to modern youth.

Youth do not want to practice agriculture the way their fathers and mothers did, but rather in a modern way, with an appropriate image that speaks to their aspirations as natives of the digital age.

Authors of a study of perceptions of agriculture among secondary school students in three African countries suggest that courses must better cast agriculture as an economic frontier and modern farmers as pioneers rather than forgotten victims of poverty. Greater reliance upon electronic instructional tools and digital agriculture is required to stimulate students’ interests, with practicals based upon solid agribusiness models and learning experience offered in proven enterprises.

Another important aspect of youth growth is linked to Transforming livelihoods through agribusiness development–that is more likely to have success with young people. The agribusiness model enhances employment creation, social equity and inclusion, and considers the sustainability of the agrifood system as reliant on the youth. It is important to note that smallholder farmers with less than two hectares of land represent 80% of all farmers and contribute the bulk of food production in some countries. Many are women whose contribution often go unnoticed.

Agribusiness-driven studies emphasize the need for a well-developed business infrastructure, including markets, incubation, business networks, and policies within a global and regional framework favoring youth and women-led agribusinesses in local and regional trade.

The Youth in Agribusiness initiatives of IITA such as the IITA Youth Agripreneurs (IYA), Empowering Novel Agri-Business-Led Employment (ENABLE)-Youth, ENABLE-TAAT (Technologies for African Agricultural Transformation), Young Africa Works-IITA Project, Youth Employment in Agribusiness and Sustainable Agriculture (YEASA), Agrihub, and Start Them Early Program (STEP) are tangible proofs of the significant role youths play in the agricultural sector. For the past few years, these programs have created a platform encouraging the participation and engagement of young school children and unemployed or underemployed youth in agribusiness.

These investments in Africa’s younger generation highlight the importance of raising the ambition of primary and secondary school students to guarantee a food- and nutrition-secure continent. This is also important in developing young female leaders in agriculture so that their acquired leadership skills will enable them to help lead the COVID-19 response and recovery efforts.

IITA and partner organizations such as the African Development Bank (AfDB), Mastercard Foundation, International Fund for Agricultural Development (IFAD), International Development Research Centre (IDRC), and Oyo State Government, believe that poverty, hunger, and malnutrition in Africa cannot be addressed without involving women and young farmers. The youth and gender-friendly initiatives take into consideration constraints faced by women and young farmers—who in most communities provide most of the agricultural labor and are actively involved in subsistence as well commercial agriculture.

IITA will continue to significantly implement projects that respond to the needs of youth and women to develop effective agribusiness policies that give young people in sub-Saharan Africa the structure and inspiration to help them fulfil their ambitions.

Agriculture remains the only way to ensure food security and sustainable development and the primary employment growth sector for most of sub-Saharan Africa. The public and private sectors need to create viable partnerships. The dramatic growth in the region’s urban areas projected over the next decades makes it even more crucial to involve the youth and women for them to evolve as new entrepreneurs, researchers, employers, and suppliers. Africa’s young women and men are a huge asset to the continent and have the ability to create circular food markets and systems that will respond to the current socioeconomic crisis faced by the continent. The creation of a space for growth and an enabling environment at all levels is crucial to this growth.

Finally, the youth and women will need the support of society at large as consumers and active contributors to their growth. It is important to encourage local consumption of food products to sustain youth-created businesses. This is the only way to a circular economy that is key to Africa’s development.