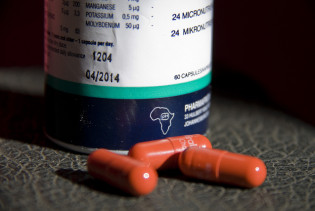 By Naimul Haq
Bangladesh has begun to shed its image as one of the world’s poorest nations and make a reputation for itself as a major exporter of cheap generic drugs to over 85 countries.

By Zofeen Ebrahim
As the northern Indian state of Rajasthan rolls out an ambitious universal healthcare plan, the discontent of the state’s doctors stands in stark contrast to the joys of the 68 million people who will benefit from the scheme.