MEXICO CITY, Jun 4 2008 (IPS) - Government funds to fight tobacco use in Latin America, which kills one million people each year, pale in comparison to the health costs of this epidemic and receive only a small portion of the tax revenues from the tobacco industry. 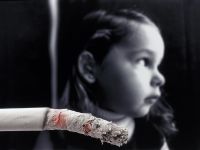 Most countries in the region violate their own commitments to ban tobacco advertising and to prohibit smoking in public places, including hospitals and schools.

Eliminating cigarette ads and collecting hefty taxes from the tobacco industry are the best ways to reduce consumption, recommends the World Health Organisation (WHO) in its Report on the Global Tobacco Epidemic 2008.

Based on data from more than 150 countries, the document shows that tax revenues from tobacco sales around the world are 500 times greater than the amount spent on fighting tobacco addiction, which is a cause of deadly diseases.

Studies obtained by Tierramérica correspondents and statistics from the WHO indicate that, in Latin America, Venezuela and Brazil have the largest annual budgets to fight tobacco use, at about 4.6 million dollars each. Paraguay has the smallest budget: just 33,830 dollars.

In Chile, a Latin American leader in regulating consumption of tobacco, the anti-smoking budget is around one million dollars, while tobacco tax income is about 1.2 billion. The health costs of smoking among the population cost the Chilean government 1.14 billion dollars a year.

Among the most permissive countries is Argentina, with 1.45 billion dollars in tobacco tax revenues – some 550 million more than what it spends on fighting tobacco use. Unlike its neighbours, it has no national law on the matter, while health-related costs from smoking run to 2.2 billion dollars a year.

Mario Virgolini, coordinator of the Argentine Health Ministry’s tobacco regulation programme, told Tierramérica that the difference between tobacco tax revenues and expenditures for the health impacts of smoking “clearly shows that it costs society more to deal with the diseases than to avoid consumption.”

“The greatest cost, which is immeasurable, is the 40,000 deaths per year caused by smoking” in Argentina, he said.

Neighbouring Uruguay, meanwhile, has won recognition from the WHO as the first country in the Americas and the third in the world to ban smoking in enclosed public spaces and work areas. The national measures have been in place since 2006.

In the opinion of Luz Reynales, head of tobacco research at Mexico’s National Public Health Institute, the region’s nations must be “stronger” when it comes to taxes on the tobacco industry.

Through its tobacco taxes, Mexico takes in two billion dollars a year, but spends three billion on prevention programmes and health-related costs.

Tax as a percentage of the sale price of cigarettes varies in Latin America and the Caribbean, from 70 percent in Uruguay and Venezuela to two percent in St. Vincent and the Grenadines.

The WHO has calculated that an additional 10 percent hike in cigarette prices could cut consumption by four percent. And if the price went up 70 percent, it could prevent a quarter of the approximately 5.4 million annual smoking-related deaths.

Most Latin American countries have ratified the WHO’s Framework Convention on Tobacco Control, in force since February 2005.

The international convention calls on countries to prohibit advertising and sponsorship by cigarette companies of any activity, discourage industry interference in public health policies, ban tobacco companies from targeting and contacting young people, and establish smoke-free public spaces and workplaces.

However, the WHO’s 2008 report reveals that in the Americas there is a severe problem of non-compliance.

Of the 35 countries studied by the WHO, just nine ban tobacco ads on the radio and broadcast television, and only three (the Bahamas, Brazil and Chile) prohibit advertising in newspapers and magazines.

The study fails to mention that Uruguay enacted a ban on advertising in all media, except the Internet, in March.

In Brazil and Chile, tobacco ads are banned on local Internet portals, while billboards and signs for cigarettes are banned in public areas in the Bahamas, Brazil, Canada, Chile, Uruguay and Venezuela.

Aside from the Bahamas, Brazil, Canada, Chile, Guatemala, Uruguay and Venezuela, the rest of the countries in the region allow the distribution of advertising by mail and other media. Only in Chile and Uruguay is it prohibited to show images of tobacco brands on television programmes and in films.

Tobacco companies are banned from sponsoring public events in the Bahamas, Brazil, Canada, Chile and Uruguay.

People are still free to smoke in hospitals and schools in 21 countries in the Americas, and in 26 there are no smoking regulations in government buildings.

In 2003, nearly 11 percent of young Argentines said they had received free cigarettes from tobacco companies. In Chile, the proportion was 8.6 percent and in Ecuador 11 percent in 2001, according to PAHO.

In Mexico, 10 percent of young people reported being offered free cigarettes in 2005, and in Brazil 7.8 percent in 2006.

(*Diego Cevallos is an IPS correspondent. Reporting contributed by Daniela Estrada from Chile, Humberto Márquez from Venezuela, and Marcela Valente from Argentina. Originally published by Latin American newspapers that are part of the Tierramérica network. Tierramérica is a specialised news service produced by IPS with the backing of the United Nations Development Programme and the United Nations Environment Programme.)