Q&A: Women Should Be More Than Window Dressing

JOHANNESBURG, Nov 18 2009 (IPS) - Women in developing countries are among the most vulnerable to the effects of crisis – be that climate change, food price hikes, the HIV/AIDS pandemic or the global recession. It is becoming more commonplace to hear women’s testimony, but are women’s voices heard when it comes to deciding on solutions? 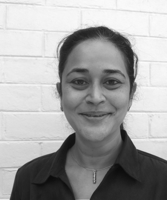 Ingrid Srinath: 'There really is a different approach that female leaders in civil society bring to conversations.' Credit:

IPS: How do you think the issue of women and climate change has been dealt with so far? INGRID SRINATH: I think with most of the global issues we’re dealing with, whether it’s climate or financial reform or any of those global issues, women continue to be under-represented.

In the climate debate, this is partly structural. I think civil society per se is largely marginal and within civil society at some level women continue to be marginalised.

Especially when the debate gets technical, there is an attempt with some of these global issues to make the focus of the debate the economic impact, and restrict it to (questions of) where is the money is going come from to fund mitigation and adaptation, rather than take a holistic view of the impact of any of these crises.

And as soon as that happens, there is a tendency for this to become more Northern, more male, more technical, and then marginalise women even further.

IPS: Women are often used as the human face to demonstrate the effects of climate change or other forms of suffering. Is this how the gender issue within the climate change debate should be discussed or dealt with? IS: Well, there’s up sides and down sides (to this).

At the U.N. meetings in September, the fact that so many of the so-called climate witnesses were women, and they were able to tell these really compelling stories of the impact they’re already feeling – not something that’s going to happen in 2020 or 2050, but the day-to-day struggles they are having already as a consequence of climate change – these were very powerful pieces of communication.

But when in that sort of forum, these are the only women’s voices you hear, it’s almost like you’re relegating women to being the emotional content of the debate, saying that the other stuff, the intellectual stuff will be done by the men.

So there is a reinforcement of stereotypes there, and we have to be really careful about how we manage these conversations as civil society and not carry out our own forms of exploitation, using women as window dressing to our arguments.

IPS: Since taking over from Kumi Naidoo as CEO and secretary-general of CIVICUS, do you think your role within the organization is different, because you are a woman? IS: I can’t help it. My world view is my world view and it’s certainly shaped by, amongst other things, the fact that I am a woman.

I come from India which is one of the most deeply patriarchal societies in the world. I don’t think that there’s any society, anywhere, where women and girls suffer more than in India.

It’s really about bringing a perspective that is more about sustainability – more about a 360 degree view of what’s happening; focusing on building better relationships across civil society and between civil society and other sectors; bringing all our alleged skills as women in fostering dialogue and taking a more collaborative approach. So I think it’s a combination of things that you bring to these conversations.

IPS: What has been your main mandate since joining CIVICUS in 2008? IS: Civicus is in some ways, a very small tree which casts this very big shadow. Somewhere you need to make sure that the tree is really nurtured as well.

I mean we have opportunities now that we’ve never had before. The paradigm has shifted; it is no longer possible as in the last three decades to say there is no alternative to market fundamentalism. The doors are open to have conversations about what the new  economic paradigm looks like, what the new political paradigm looks like, and civil society is very much part of those conversations.

It’s been a roller coaster but I can’t think of a better first year for anyone in any organisation.

IPS: Where in Africa are civil society organisations most at risk? IS: The most immediate threats are in Ethiopia, Uganda, and Zambia. Those are the ones that we’re fighting currently.

But there’s always the domino effect. Each time a country is permitted to get away with repressing or restraining civil society, it encourages others to do the same. It lowers the bar on what’s acceptable.

That’s something we need to guard against across the continent. As we saw with the War on Terror when the West lowered its bar, that then permitted or at least provided a fig leaf to a bunch of people across the world, including in Africa, to say, “Oh, but you know what I’m doing is peanuts compared to what the Americans are doing or the British are doing or what the so-called bastions of democracy are doing.”

Similarly within the continent to have countries hold the line is really critical because that then sets the standards that everyone else is judged by.