MADRID, Dec 16 2010 (IPS) - The loss of marine biodiversity is hurtling forward at an unprecedented rate. At present, the FAO calculates that nearly 80 percent of the world’s fishery resources are fully exploited, overexploited or depleted. Furthermore, marine scientists have suggested that if the current pace of exploitation continues, all fish stocks will have collapsed or disappeared by 2048. 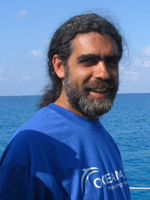 Measures put in place to manage marine resources have failed miserably. They have not only driven oceans into a critical state from an environmental perspective, but have also taken a socioeconomic toll on people and economies around the world. Eight percent of the global population supports itself directly or indirectly through the fishing industry, and over one billion people from the world’s poorest countries depend on fish as their main source of animal protein.

The European Commission acknowledges that 88 percent of stocks for which data exist are being exploited above sustainable levels. Meanwhile, our taste for fish continues to grow, and the biggest challenge that we must now face is how to balance our growing appetite with the proper management of the very oceans that provide for us. The EU has a responsibility to its fishers, its citizens and future generations, to reverse its tendency to overexploit and badly manage our resources.

A comprehensive approach – tackling the factors that contribute to the destruction of marine ecosystems, which include overfishing, habitat destruction, pollution and climate change – is essential for turning the tide on the state of European (and global) oceans and fisheries.

The simple solution to overfishing is to fish less and more responsibly, and to start making changes now. By reducing catches today and fulfilling the EU’s commitment to achieve “maximum sustainable yield” by 2015, fishing stocks will be given a chance to recover, thereby increasing tomorrow’s fishing opportunities by up to 80 percent. Unfortunately it is not only a matter of reducing quotas, but also of limiting fleet capacity, enforcing gear selectivity, curbing illegal fishing, developing scientifically sound management plans, and creating marine sanctuaries where endangered populations can rebuild and thrive again.

One logical place to begin is curbing fishing practices that lead to high by- catch and discards rates. Every year, 7.3 million tonnes of catches worldwide are discarded – an amount close to the entire African continent’s annual seafood consumption.

In Europe, the news is just as bad. Recently, disturbing – though not surprising – reports reveal that upwards of 1/4 (some estimate 1/2) of North Sea catches are thrown back into the water, dead or dying.

Improving gear selectivity, such as using larger mesh sizes to allow juveniles to escape, is therefore a critical component of any proper management plan. It also plays an important role in preventing the destruction of habitats. Bottom trawlers, for example, which destroy entire seabeds in search of only a few species, should be phased out.

Meanwhile, illegal fishing still occurs. During annual at-sea expeditions, Oceana has observed and reported numerous ships in the Mediterranean still using driftnets – destructive fishing gear that was banned in 2002 by the EU.

Member States also sometimes overshoot quotas, as was the case with France in 2007, when it fished 5,192.6 tonnes over its annual bluefin tuna quota. Unless we have stricter enforcement of existing rules, objectives for sustainable management simply cannot and will not be met. What is worse is that EU subsidies themselves are sometimes unknowingly funding illegal activities.

With regards to the European fleet fishing illegally outside of EU waters, in addition to the obvious detrimental impact this has on marine ecosystems unable to handle the added pressure, it also prevents developing countries from benefiting from the bounty of their own seas.

To bring stocks back to acceptable levels, it is critical that a network of marine protected areas (MPAs) be developed, particularly in essential habitats. Besides environmental benefits, studies have demonstrated that these areas, which enable the regeneration of habitats and reproduction of species, are also economically profitable in the medium and long term. MPAs have been shown to cause a biomass spill over into surrounding waters as protected populations grow, thus increasing the size and volume of nearby catches.

The UN Convention on Biological Diversity (CBD) requires that a minimum of 10 percent of oceans be protected by 2012 – but countries around the world are failing miserably at meeting these objectives. In fact, the recent CBD meeting in Nagoya pushed back the 2012 target to 2020.

The fisheries industry, marine ecosystems, and the livelihoods of millions are inextricably linked and must therefore all be considered in management plans. Unfortunately, current measures are simply not up to the task and often ignore scientific advice when it is available. In 2010, 48 percent of scientific recommendations on Total Allowable Catches (TAC) for EU fish stocks were ignored, and recent ministerial decisions on fishing opportunities for 2011 ignored 35 percent of recommendations.

Of course, none of this matters if regulations, quotas and TACs are not enforced. One of the greatest flaws of the current system is that too many countries and vessels are getting away with breaking the rules. This cannot go on any longer.

Finally, another factor affecting the state of the world’s oceans is climate change. Rising temperatures affect the abundance and distribution of species, and threaten vibrant coral reefs, through a phenomenon known as ‘coral bleaching’.

Meanwhile, as more CO2 is pumped into the atmosphere, oceans, which act as filters for the planet, absorb too much of the gas, creating a phenomenon known as ocean acidification. This makes it harder for many organisms to build their calcium carbonate shells and skeletons, and prevents coral reefs from growing properly.

Restoring the oceans to their previous glory is a daunting task. The list of bad news seems endless, but real solutions do in fact exist. That is why we must not sit by and do nothing – the time to make these changes is now.

*Ricardo Aguilar is the Scientific Director at Oceana, the largest international conservation organization dedicated exclusively to the world’s oceans.